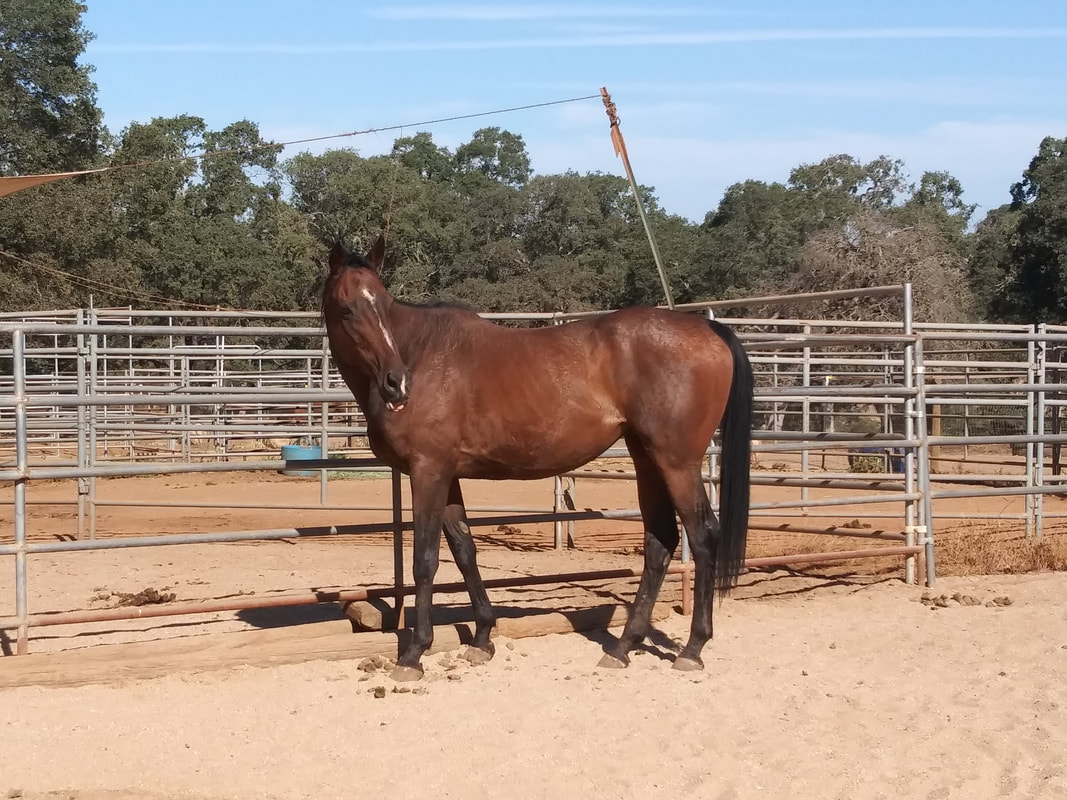 AAE welcomed Charlie from the DreamCatcher Wild Horse and Burro Sanctuary in August of 2019 to support their ongoing herd reduction efforts after the long illness and passing of their Executive Director, Barbara Clarke in November of 2016.  He came to AAE to avoid the harsh winter weather at DreamCatcher.  He doesn't develop a very thick winter coat and struggled to keep weight on during the prior winter.  As best we learned, Charlie was originally rescued from a kill pen and transferred to DreamCatcher by a woman that was recovering from an injury .

Charlie was a very friendly but anxious guy.  When he arrived, he paced on his paddock and when nervous, he had a pretty severe pull back issue.  Charlie was moved to foster with Pam H. where she was able to give him more one-on-one attention.  She was able to build his confidence and resolve the pull-back issue.