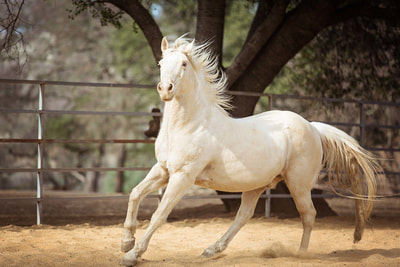 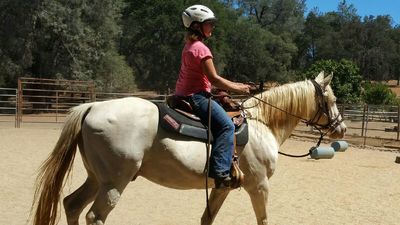 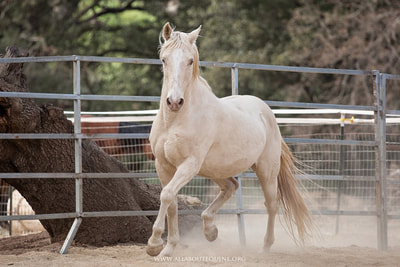 On the 19th Day, there was Banjo!
Banjo, we said goodbye to another long timer at AAE.

Banjo was relinquished by his owner in January 2014 after his owner developed health issues. He shared a pasture with another horse for 12 years, and he was very protective of his pasture-mate, much to his detriment.

Banjo had a very sweet side, but he also tested his handler, and displayed some naughty stud-like behavior. He was fearful of ropes, and he would challenged his handler when approached with one. We were told he was used as a child’s riding horse (hard to imagine) 12 years prior.
​
Banjo came around nicely. Separating him from his former pasture-mate helped him tremendously. He softened, and he was becoming a very social guy that enjoyed attention. But he never entirely let go of his "macho", which made him less than trustworthy.  Eventually, we introduced a saddle, then a rider.  He accepted both willingly, but not so confidently.

He needed a confident handler and consistent handling to continue developing his own confidence.

Sadly, in January of this year, Banjo coliced quite severely, and we had to say goodbye to our handsome guy.

He was lucky to have a couple special friends at AAE that showered him with love and attention during his time with us.
​
Banjo's story isn't one with a happy ending, but we're glad he was loved and cared for in his final years here.