Height:  15.1 hh
Weigth: 925 lbs
DOB: 4/23/1990
​Sex: Gelding
Color/Breed:  Chestnut/Arabian
DNA:  1st Arabian, 2nd Turkoman, 3rd Missouri Fox Trotter
Adoption Fee:  $550
Category: Companion/Light Riding
Beau came to AAE in mid-July when his aging owner was no longer able to care for him, and his family caretaker was moving out of state.  Beau is a 1990 Arabian gelding.  He was a truly beloved companion to the family, he had been with them his entire life, and he had carried many a rider on his back.  Still, his condition was saddening.

It was a bit eye-opening when Beau arrived.  He was a bit on the emaciated side, and he was "empty".  Dr Stolba came to check him out and drew blood to evaluate his "systems". His diet had been four scoops of senior pellets (AM and PM), about 20-25 pounds a day. You would think plenty for this lil guy, right? You could tell immediately simply eating was a challenge.  He chewed very gingerly, and food fell all over around the trough.

Sadly, when Dr. Stolba opened his mouth, the exasperated sigh was palpable.  Beau did not have many teeth, but the ones he had were much overgrown, some loose and one so long it was pressing into the roof of his mouth causing an ulcer.  He could not close his mouth to chew.  It's no wonder the poor ol' guy looked like he did; he couldn't eat. Four larger teeth were extracted, one so sharp it could cut paper.  The few remaining teeth were floated, and he was finally able to eat comfortably. Boy, did he enjoy it.  Now it seems he's eating for two.

Moving on to the end, Beau sheath got some much needed attention, and he was beyond relief when a rock sized bean was removed. It didn't take long to see the brightness return to Beau's eyes and a little pep in his step. For now, Beau is doing very well, and he is slowly redeveloping his svelte lil' bod!

Beau is at the tail end of his refeeding program, and he is available for adoption.  Beau is a lovely ol' guy.  He loves attention and really enjoys a long grooming session.  He was ridden a lot in his younger days.  His last riding relationship was a couple years ago with a 12 year old girl in a lease situation.  We were told it was a great relationship, but not much more about his girl's experience or what activities they did, only that he rode very well for his age.

In his younger years, Beau was part of a three horse team that rode across the US on the Pony Express Trail.  He rode about 800 of the 2000 miles.  About seven years ago, he had a bout of laminitis/founder, but thankfully, he recovered very well. Dr. Stolba provided care for this guy back then, but unfortunately, she hadn't seen him for about three years when he arrived at AAE.  He didn't appear to have been trimmed in a while, but updated radiographs showed no obvious changes in his hooves since his episode seven years ago.  He was a tad tender footed with thin soles, so we had shoes placed on his fronts for now.

Beau is current with vaccines, deworming, and hoof and dental care. He has very good ground manners, he ties and stands for the farrier.  With a long history of riding, he should load and trailer fine, but hasn't yet been tested since he arrived.  He was tested for Cushing's and results were negative.  Because he has only a few teeth left, he needs a strictly pelleted diet and with feed that is appropriate for a horse that has foundered.  His future housing should not be in a green, grassy pasture.

Beau is looking for a new home where he will be doted on and pampered like the good ol' guy that he is.  He might have some light riding in his future, but priority should be a solid companion home, and the riding should be a bonus (not a requirement).  Beau should NOT be an only horse. During his time with AAE, he has bonded tightly to his buddies, at least a couple other horses might be best.  He gets anxious when he is in his paddocks and his buddies leave, are taken out/away or wander away from him.  He does fine when he is taken out and away from his paddock.
Sponsor A Horse 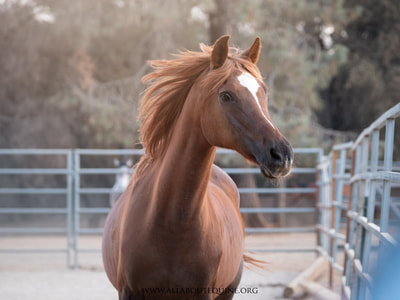 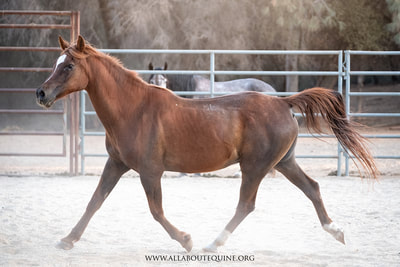 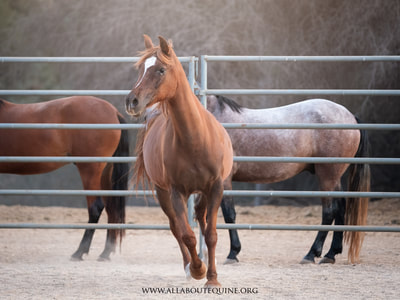 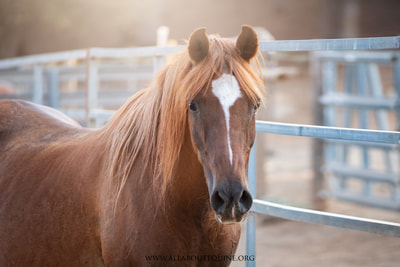 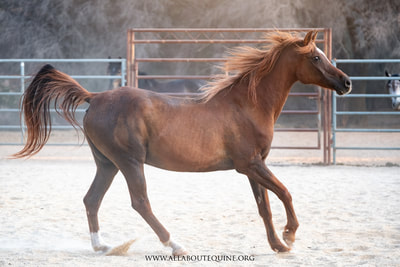 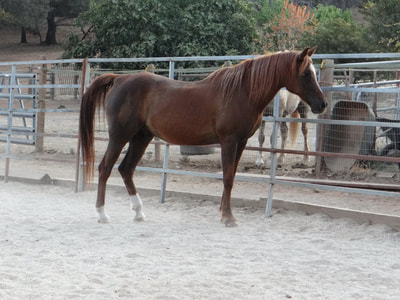 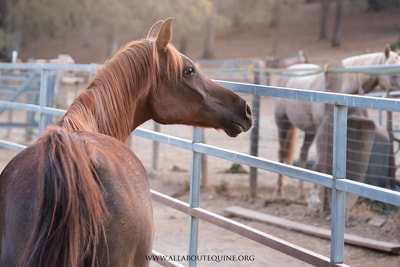 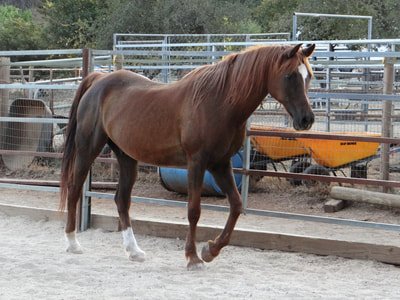 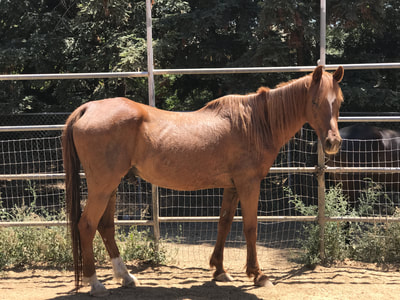 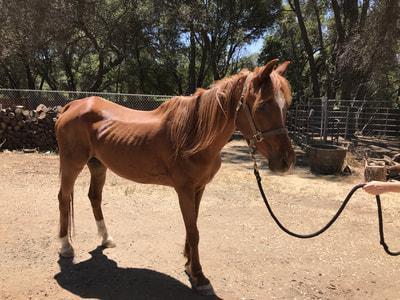 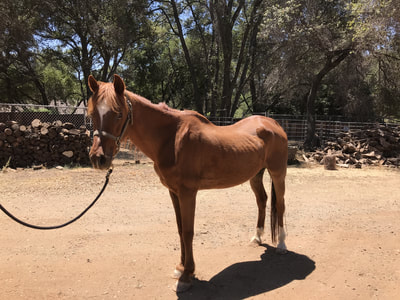 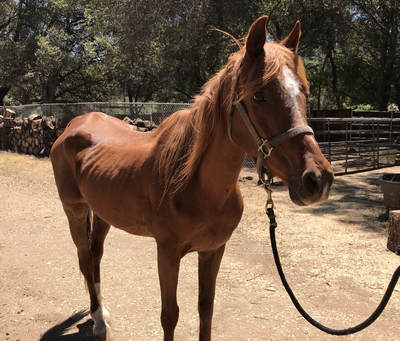