Elliott (formerly known at AAE as Ell) is a young, captive bred/born mustang, born in March 2021.  He arrived at AAE in August 2022 after a local family reached out for help. They "rescued" young Elliott when they got "the ugly colt" for free from a backyard breeder. They were told he needed "a little" cosmetic surgery. They felt really bad for the skinny little guy and wanted to get him out of there. Sadly, the breeder didn't take responsibility for the "little" issue and passed it on to the unsuspecting family. They really wanted to help.

After meeting with two different vets right away and trying to help him, they realized this was more than a "little" surgery. There was added concern that Elliott might be a hermaphrodite, and it could be more complicated than cosmetic. Surgery costs were much more than "little".  After many months of trying to meet his needs, they realized it was more than they could manage. They wanted the best chance for Ell and reached out to AAE for help.

Elliott was born with a congenital abnormality. He has a sheath, but he has no penis (though, there's a chance it's inside him). We assumed Elliott was a colt (just missing a body part), but needed to confirm with blood tests.

Lab results showed testosterone and anti-mullerian hormone levels were consistent with the presence of functional testicular tissue. The levels suggested Elliott has a retained testicle. This means he will also need a more complicated castration because the testicle is not where it's supposed to be.

Elliott was able to pass urine, but no big surprise, without a penis, he couldn't urinate normally. Urine dribbled from his sheath almost continuously. Sadly, the urine scalded his skin around his sheath, down his belly, and down his legs. Poor little thing, it looked so painful. Though we did what we could to minimize the scalding, it was painful being treated, too.

Elliott needed surgery to remove excess sheath tissue to allow urine to flow freely. (And he will have a second surgery for castration.) He had his first surgery at the beginning of September and it went well. Even better news, the missing part has been found!  Ell, in fact, has a penis, and the first thing he did when he got up after surgery was urinate freely like a normal horse. Hallelujah!!  We literally cried tears of joy at the news. Such a relief for him....and the rest of us, too.

All things considered, Elliott is the sweetest little thing. That said, he has some strong opinions about things and wasn't very good with hoof handling. Considering sheath cleanings and scalding, it's understandable. He's learning to give his hooves, and we're working on the basics, too, like trimming his hooves, vaccines, and a change in diet to help him put on a little weight. Ell's already come a long way in a short time at AAE.

In general, there is a lot of activity around AAE including foot traffic in and out of paddock/pasture areas, mucking with wheelbarrows, grooming and care activities, weekly farrier visits.  There are resident dogs, cats, chickens, and mini horses, as well as various wildlife including frequent turkeys and squirrels in and around paddock/pasture areas.  AAE is situated on the corner of a busy road with high speed vehicles, trucks, and sirens.  Tractors are used in and around pasture/paddock areas, trucks deliver feed, and a squeeze is occasionally used for unloading hay.  Neighbors have weekly gardeners that utilize various power tools, and children that are active in yards adjacent to some stall/paddock areas.  Horses at AAE are accustomed to a more active environment as opposed to a quiet/sterile environment. ​
Sponsor Elliott 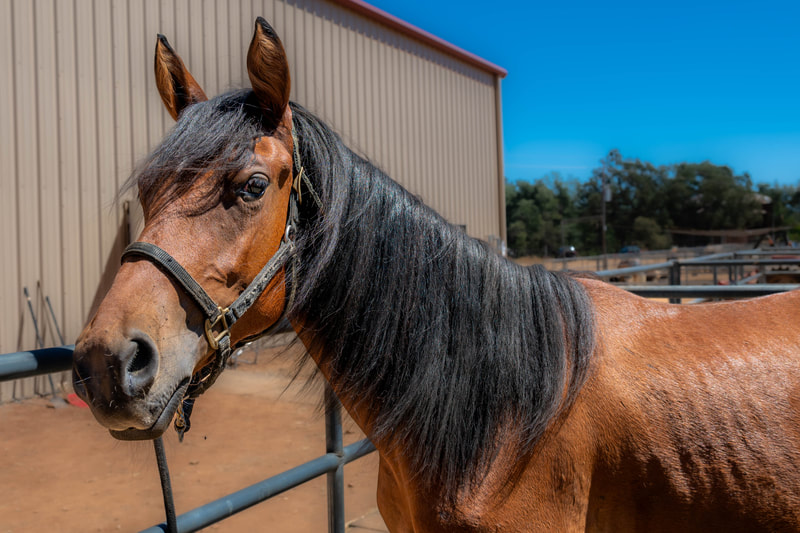 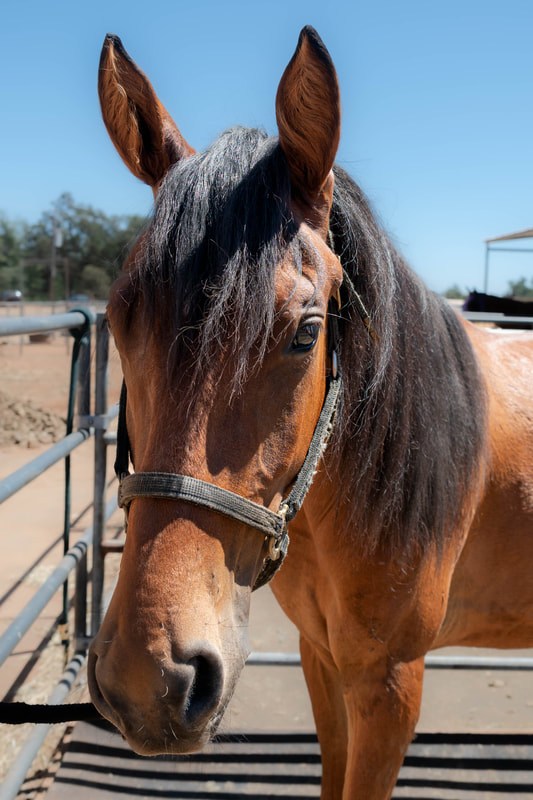 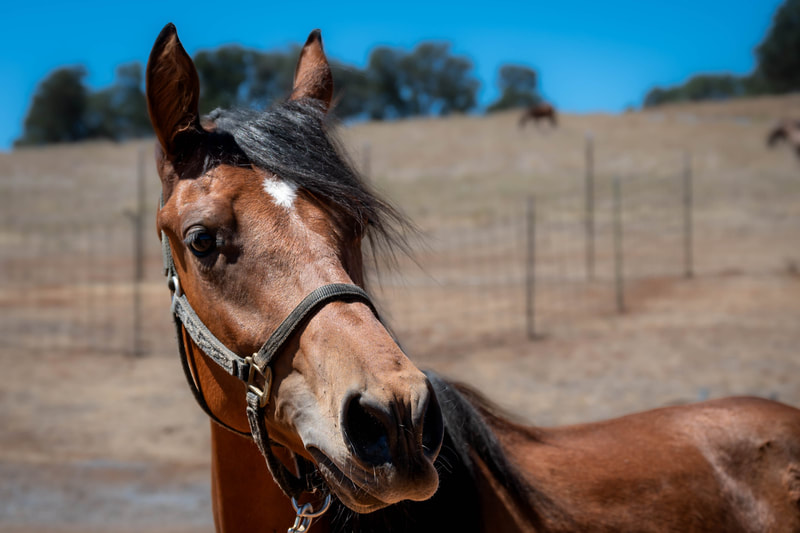 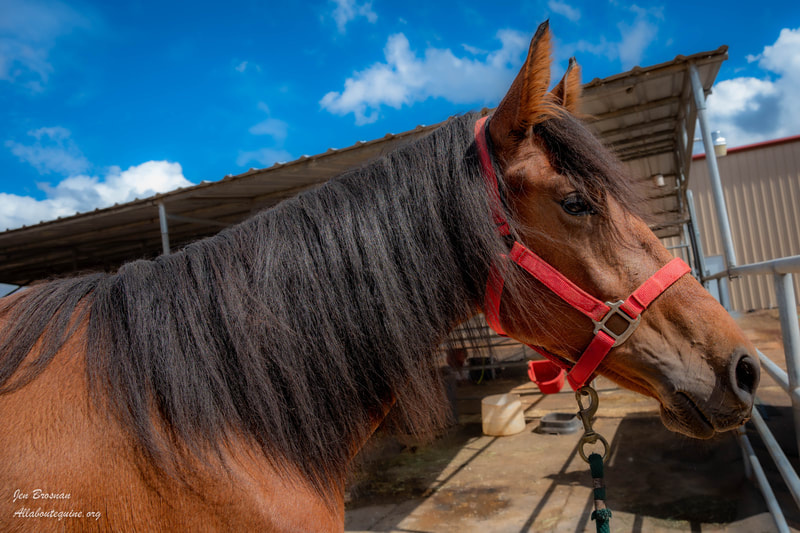 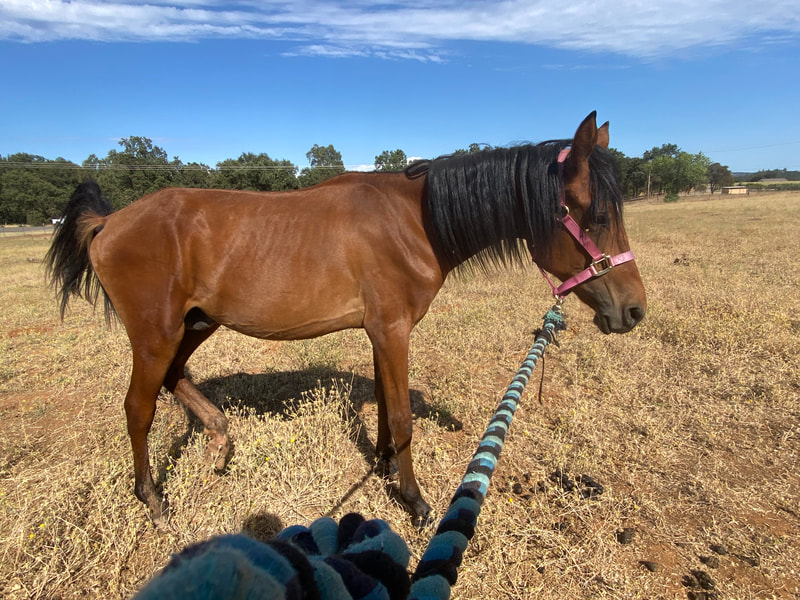 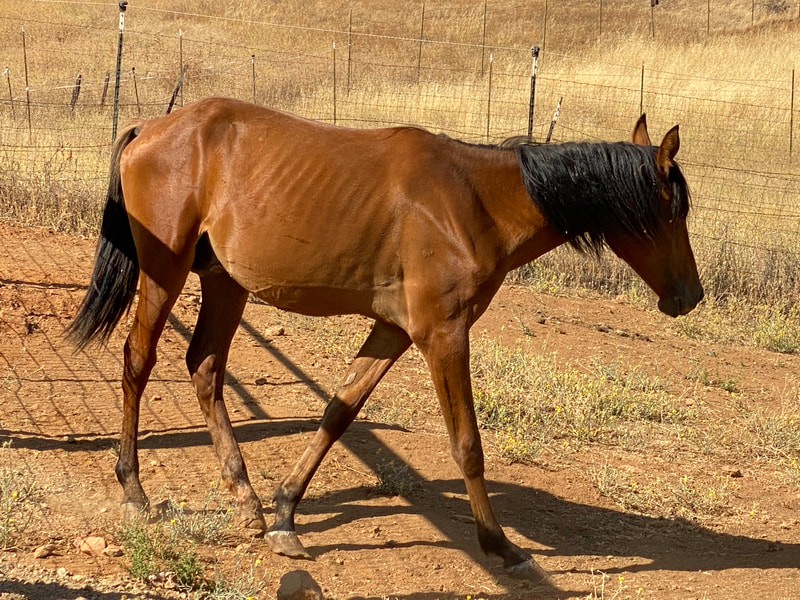 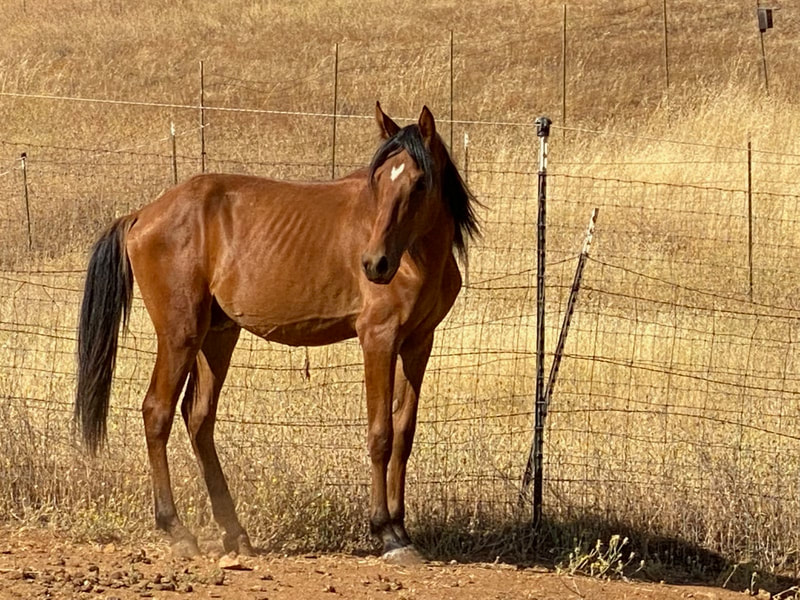 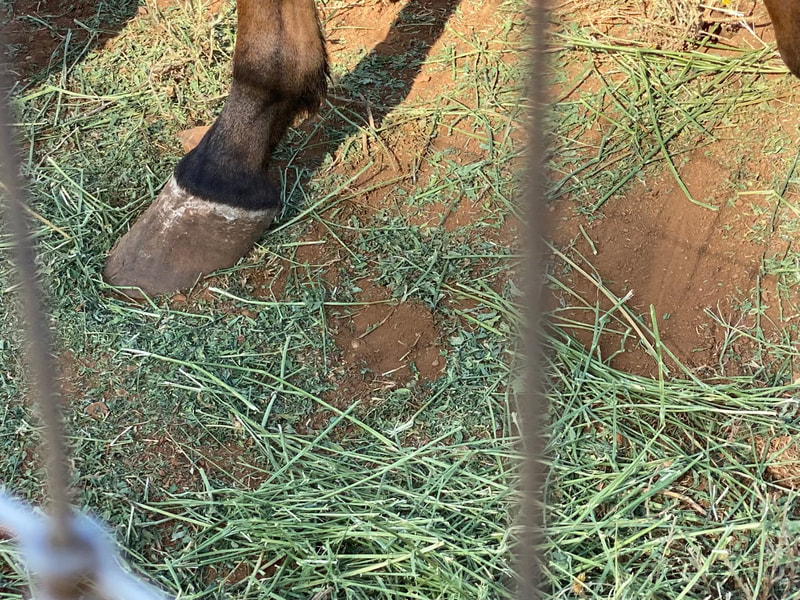 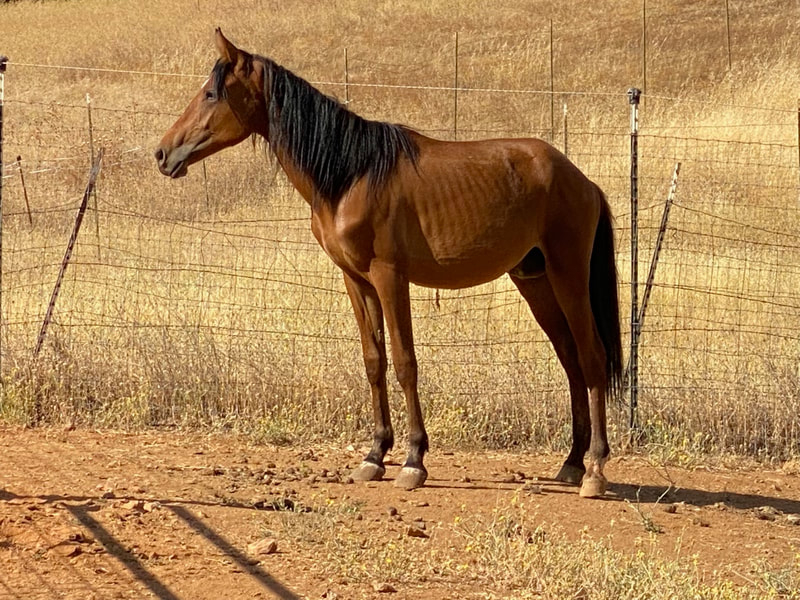