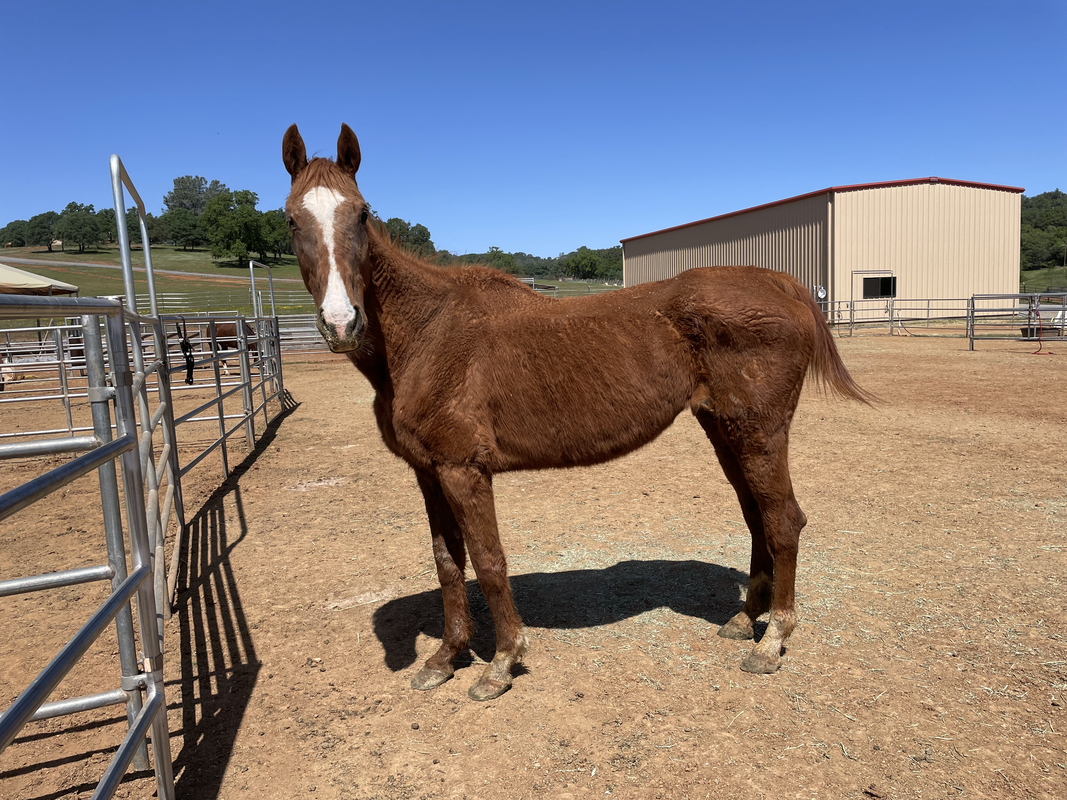 Gabby arrived at AAE at the end of February 2022. We had been contacted by a nearby animal control who needed assistance with a skinny mare. No one had any background on her. We were told the man who had her had rescued her a few months before, but he had cancer and was unable to afford veterinary care because of his own health care costs.

When we arrived to pick her up, we met a very sad, very emaciated older gal. She had a nasty smelling discharge from her right nostril and below her right eye was a large crusty patch. Her teeth needed attention, too. Though her condition was quite grim, she was so kind and forgiving.

Based on the nasal and eye discharge and odor, we suspected she had either a tooth infection or sinus infection, or both. We also found a lip tattoo, but it wasn’t entirely legible.

Gabby is a luv! She loaded into the trailer readily, she traveled well, and she unloaded calmly. She handles easily, too. She was immediately placed in quarantine as we always do with new intakes. The sweet gal was vet checked shortly after arrival, blood was drawn, sinus/tooth infection confirmed, and antibiotics started.

After she'd gained some weight, she had her dental and we learned she had a diastema (space) between two back molars, with a fistula (hole) between her mouth and sinus causing the infection. She had surgery to remove the two molars to stop food from packing into the diastema, which was likely, over time, the cause of the fistula.

In the midst of it all, we found a lip tattoo, and through some research we discovered she was a former race horse. We initially had difficulty reading the tattoo and originally thought she was possibly a 24 year old, but after a lip ulcer healed, it was much easier to read the tattoo. Gabby was born in Florida in 2007, she had 15 starts in races in California, and her winnings were $90,500. She is a Thoroughbred, and her name is Punctual. We found some video of her races, and she was fast! She ran from 2009 to 2011, and we haven’t found any more details, yet. That said, she raced, she won, then she was passed on to fall on hard times.​

Despite her past, she’s a beautiful girl, and we look forward to seeing her blossom.

In general, there is a lot of activity around AAE including foot traffic in and out of paddock/pasture areas, mucking with wheelbarrows, grooming and care activities, weekly farrier visits.  There are resident dogs, cats, chickens, and mini horses, as well as various wildlife including frequent turkeys and squirrels in and around paddock/pasture areas.  AAE is situated on the corner of a busy road with high speed vehicles, trucks, and sirens.  Tractors are used in and around pasture/paddock areas, trucks deliver feed, and a squeeze is occasionally used for unloading hay.  Neighbors have weekly gardeners that utilize various power tools, and children that are active in yards adjacent to some stall/paddock areas.  Horses at AAE are accustomed to a more active environment as opposed to a quiet/sterile environment.
Sponsor Gabby 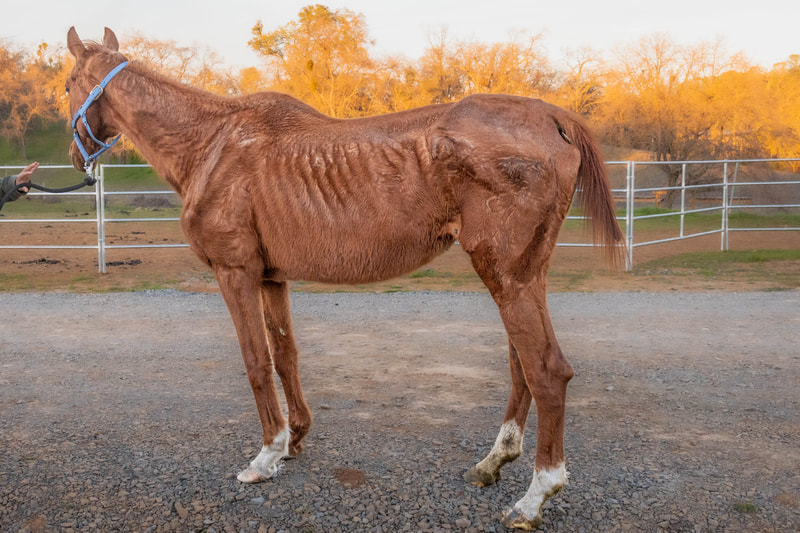 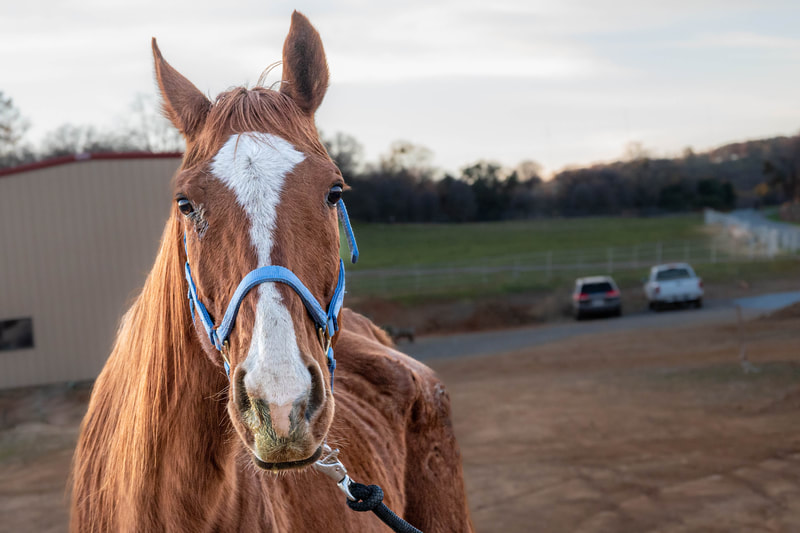 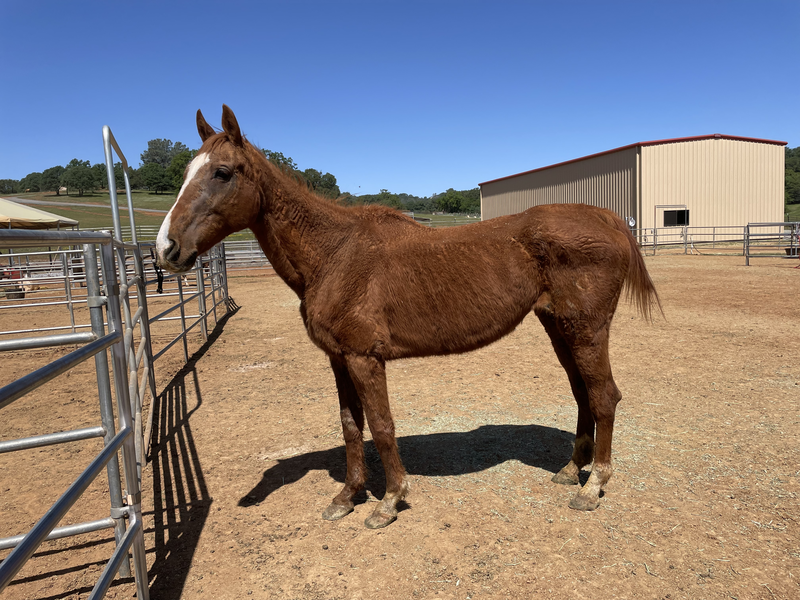