Garth is an orphan foal that came to AAE in March 2015 (during Garth Brooks week) as part of a collaborative effort to save three young orphan feral range foals whose mothers’ had perished. Garth and his two friends arrived malnourished and scared, but they are doing surprisingly well despite their circumstances.  Garth is quite curious and enjoys playing with his friends and now welcomes human touch. He arrived with very weak tendons in his hind legs, and he wore corrective (polyurethane) shoes for a couple months to help strengthen them. He is fully recovered now. He has learned about halters and lead ropes, hoof care, and grooming, and he and his pals will be learning more about trailering soon. 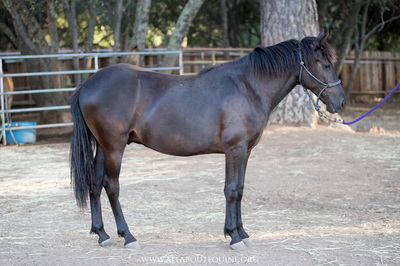 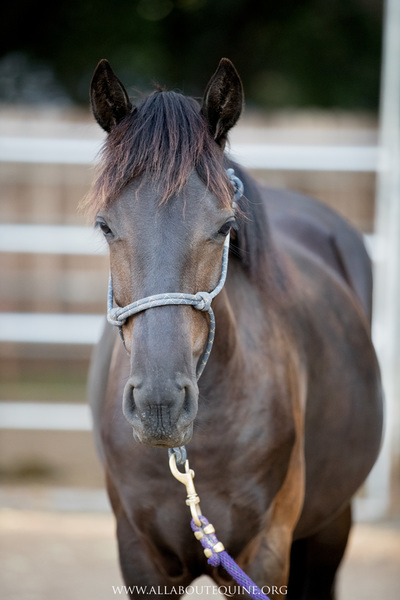 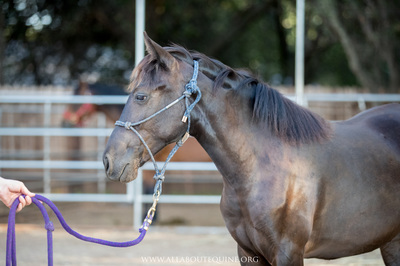 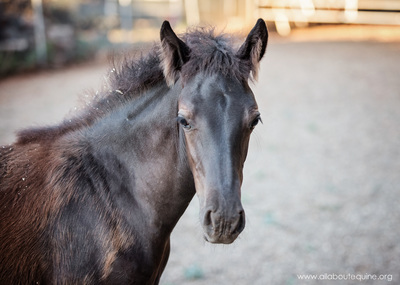 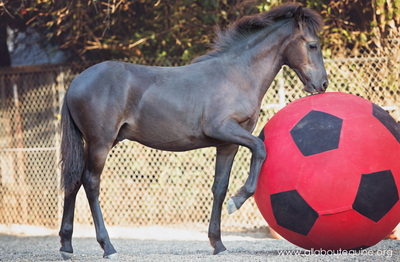