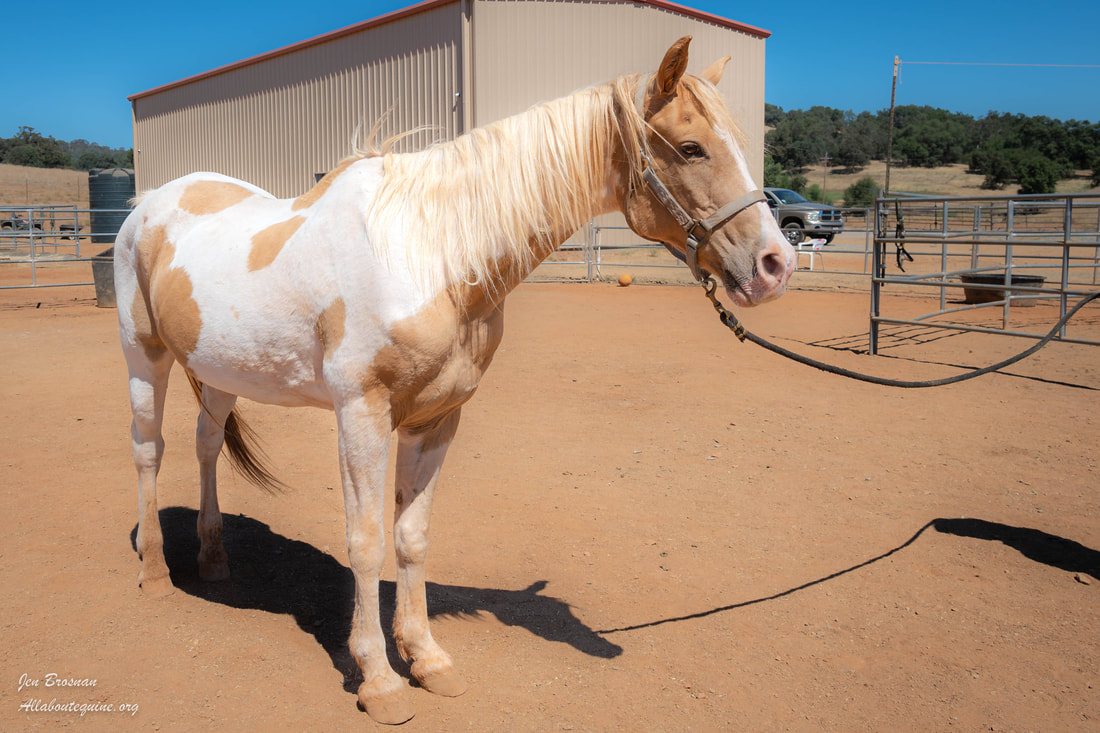 Once he arrived at AAE, Granger was started on a refeeding program.  After completing quarantine, he saw our vet for a much needed dental, vaccines, and a microchip. Bloodwork was done for basics and ACTH.  His blood panel values were within normal limits.  His ACTH was elevated. Granger was started on meds for Cushings. He was also dewormed and also saw the farrier for a long overdue hoof trim.

Granger is a very mellow, easy going guy, and a gent, most of the time.  He is protective of food and will turn his hind end to you if you enter his paddock.  We are working on that, and he is improving.  He's a bit of a loner in the herd.  He causes no drama, and he stays away from it.  He has good ground skills in hand.  He's respectful of space, leads well, and loads well.  He's good with handling his hooves and with the farrier. He appreciates grooming and attention, and he's easy to be with (when food is not in the picture). Granger was likely ridden in the past, and he might be ok for light riding by a small person, or leadline with horse experienced owners, especially with his food protection issues.  For an old guy, he's a nice little guy to hang out with. He's looking for a companion home with another older horse or two (or more).  He's done well in a herd of geldings and mares, young and older.

In general, there is a lot of activity around AAE including foot traffic in and out of paddock/pasture areas, mucking with wheelbarrows, grooming and care activities, weekly farrier visits.  There are resident dogs, cats, chickens, and mini horses, as well as various wildlife including frequent turkeys and squirrels in and around paddock/pasture areas.  AAE is situated on the corner of a busy road with high speed vehicles, trucks, and sirens.  Tractors are used in and around pasture/paddock areas, trucks deliver feed, and a squeeze is occasionally used for unloading hay.  Neighbors have weekly gardeners that utilize various power tools, and children that are active in yards adjacent to some stall/paddock areas.  Horses at AAE are accustomed to a more active environment as opposed to a quiet/sterile environment. ​
Sponsor Granger 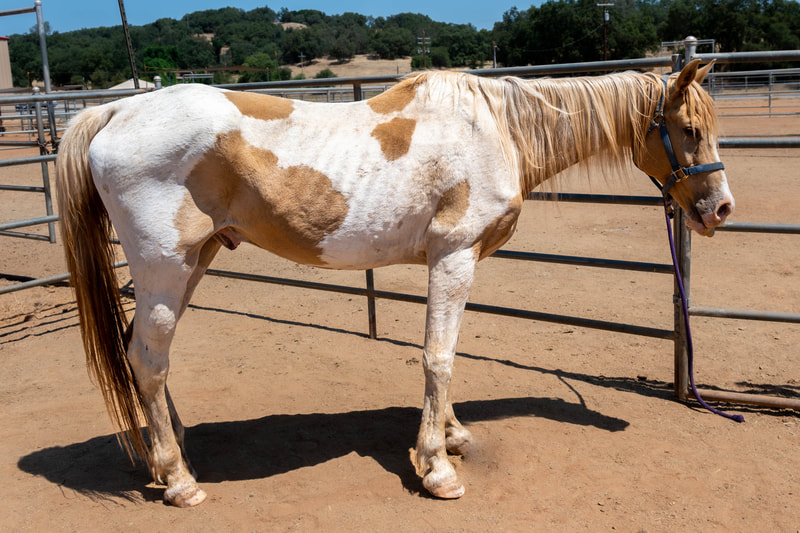 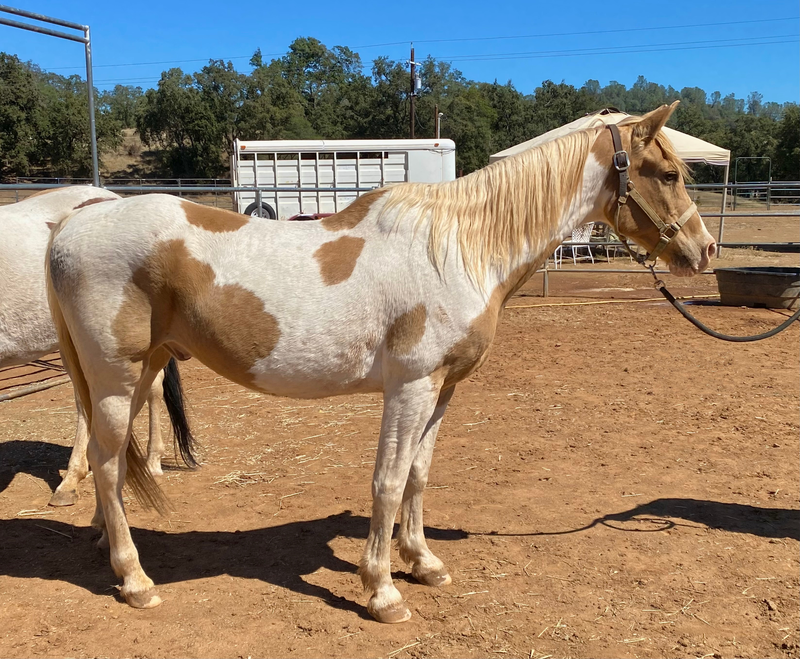 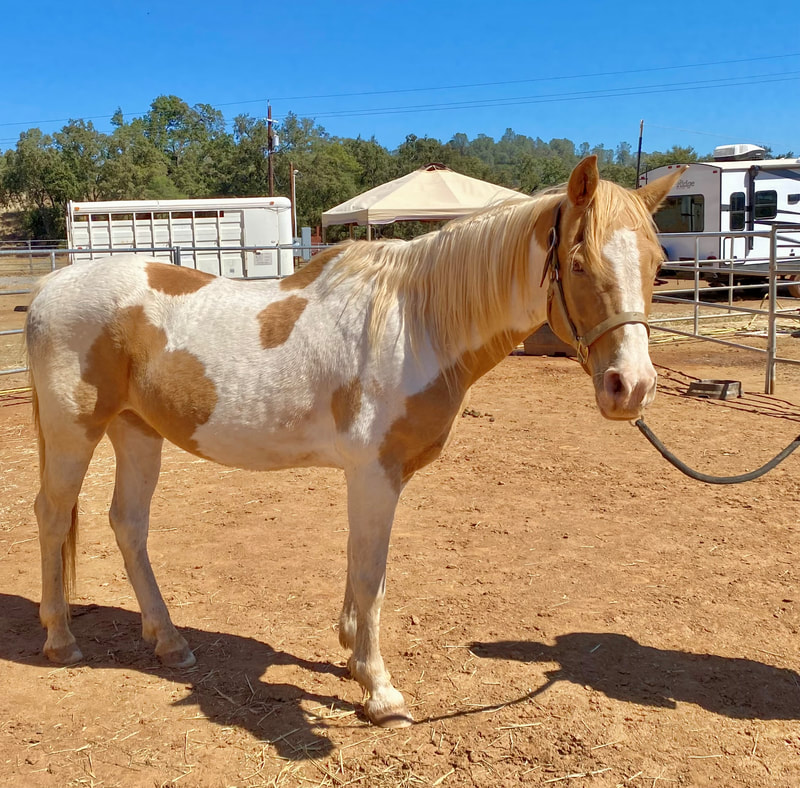