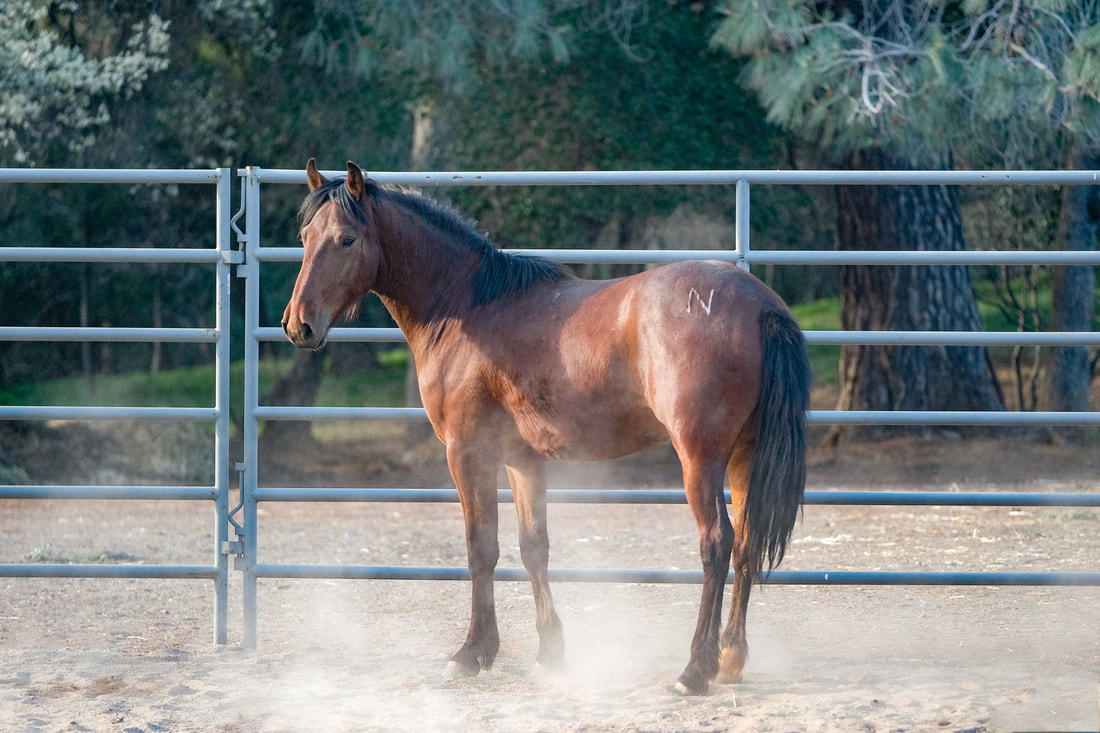 ​Height: 15.0 hh (est)
Weight: TBD
DOB: 2015 (est)
Sex: Gelding
Color: Bay
Breed: Mustang
DNA: 1st Andalusian
2nd Turkoman
​3rd Columbian Paso Fino
Adoption Fee: $750
Category: Ready for Training/Project
Jackson is a handsome bay mustang who came to AAE in January 2017.  He was gathered from the Virginia Range in late 2016 after his band was found to be crossing a stretch of highway too often, creating a dangerous situation for both the horses and the users of the highway..

​He has proved to be a sensitive boy, quite resistant to humans, but he is willing and tries very hard. Jackson is playful with his buddies during turnout time and he is to be quite athletic.  Jackson tends to get his confidence from another horse, often an older mare, and he's also acted studly in that he'll pick a couple mares for his own band. Jackson has had many, many gentling sessions and has a "50 First Dates" state of mind.  Flash forward to December 2018, and we're at 5050 first dates and Jackson is finally thinking about crossing over into the human world.  He'll accept someone approaching him in a large area and touching him, something he wouldn't consider previously.

He is available for adoption to a mustang-experienced home only.

Jackson is current with vaccines, deworming, and dental care.

​In general, there is a lot of activity around AAE including foot traffic in and out of paddock/pasture areas, mucking with wheelbarrows, grooming and care activities, weekly farrier visits.  There are resident dogs, cats, chickens, and mini horses, as well as various wildlife including frequent turkeys and squirrels in and around paddock/pasture areas.  AAE is situated on the corner of a busy road with high speed vehicles, trucks, and sirens.  Tractors are used in and around pasture/paddock areas, trucks deliver feed, and a squeeze is occasionally used for unloading hay.  Neighbors have weekly gardeners that utilize various power tools, and children that are active in yards adjacent to some stall/paddock areas.  Horses at AAE are accustomed to a more active environment as opposed to a quiet/sterile environment. 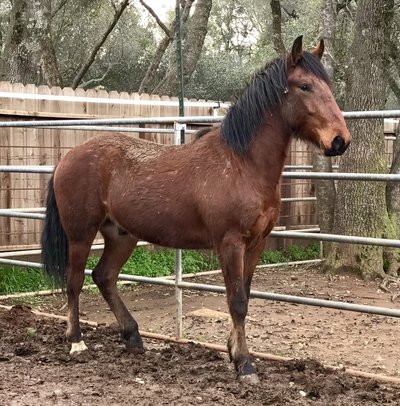 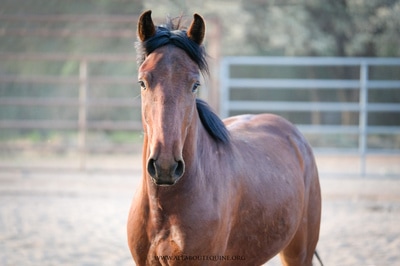 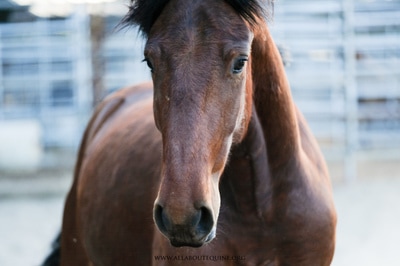 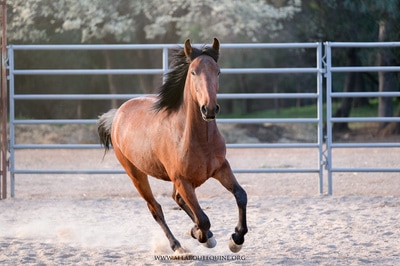 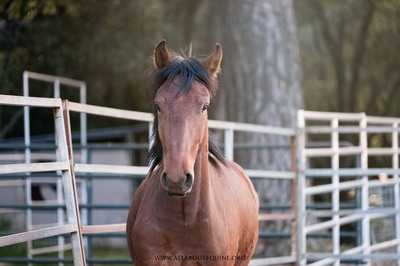 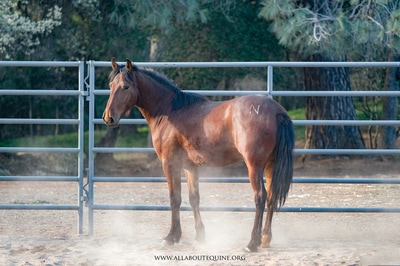