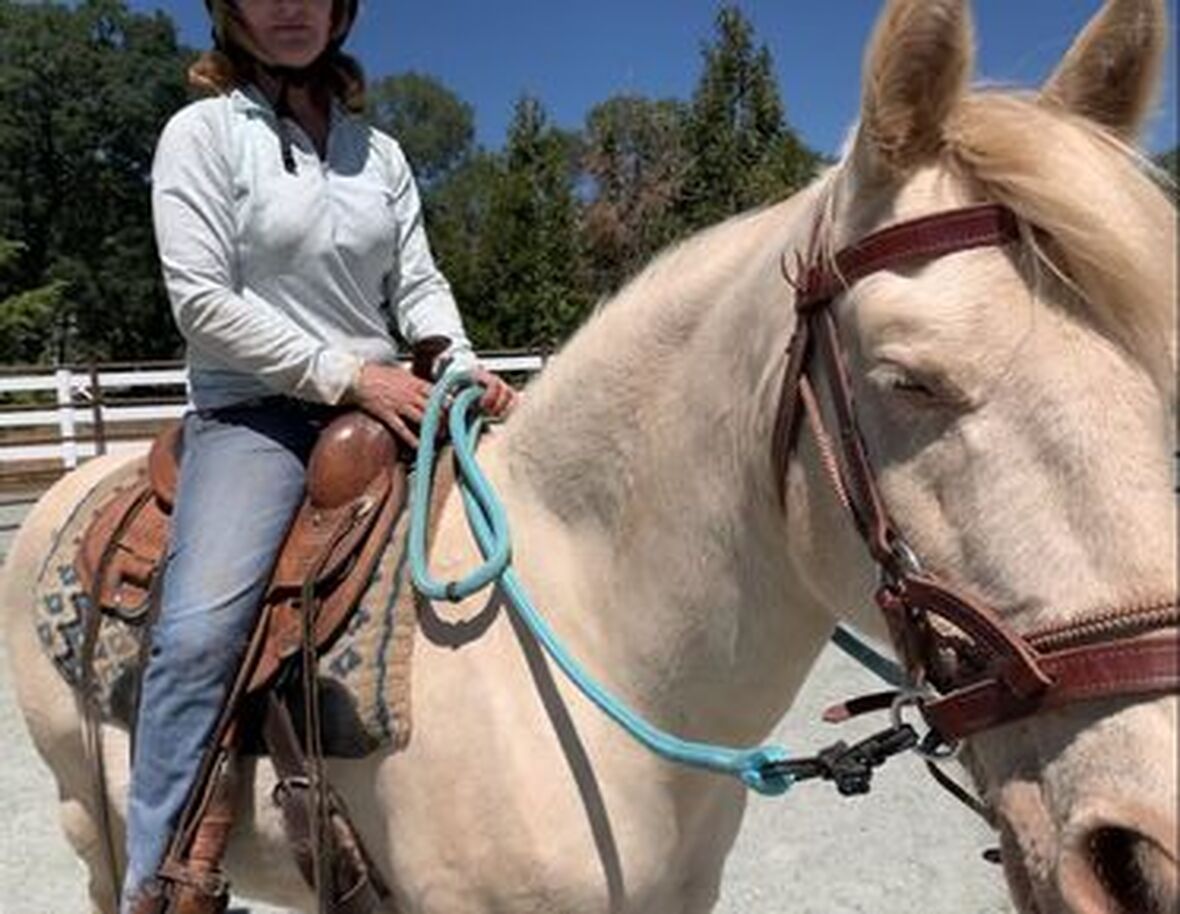 Jennings came to AAE in July 2020 from a distressed mustang sanctuary situation due to a family health crisis.  After 20 years of serving mustangs, the sanctuary was unable to adequately meet the needs of the horses.  Jennings had a rapidly growing mass on his sheath.  It was a suspect squamous cell carcinoma.  Jennings has little skin pigment, and the pink skin in and around his eyes was also very agitated, likely from the sun.  His weight was on the thin side, as well.  When picked up, he was a friendly guy, handled easily, and loaded willingly onto the trailer.

Once at AAE, Jennings was seen be our vet.  Jennings mass was removed shortly after, and he recovered well. Biopsy results indicated the mass was a metastatic melanoma.  Fortunately, the biopsy showed clean margins with no vascular invasion.  We were on a guarded prognosis for 90-days, and at re-exam, no additional regrowth was observed.  No additional regrowths have been identified since.  Due to Jenning's lack of pigment, he is prone to recurrence or growths in other areas, and he needs ongoing monitoring.

Jennings is a very sweet and very social guy, really a character with a big personality.  He loves to be with humans is always looking to interact.  In general, he's easy-going, quiet, soft, and respectful.  He's good with the farrier, enjoys grooming and attention; however, he lacks confidence and needs slow introductions to new things to reassure him.  He is low-level in the herd, and is easily pushed off food; however, he's very active and playful with several of the other geldings.  At times, he can be protective of his food and/or a his buddy.  He finds confidence in another horse, typically a mare, and bonds tightly. Separation anxiety can be an issue. We were told Jennings was ridden in the past, but it had been several years.  He was evaluated under saddle, and spent a short time in training.  His lack of confidence was more pronounced. He was  anxious and unsettled, so the focus became building his confidence.  Jennings has improved, but needs more consistency with an experienced rider to bring him along slowly and with a quiet, calm approach. He is not suitable for a beginner/novice rider.

Jennings is current with dental and hoof care, vaccines, and deworming, and he has a microchip.  Due to his areas of unpigmented skin, and history with the growth on his sheath, he is more prone to potential skin growths.  A fly mask with UV protection covering his eyes and nose is helpful, too, but he dislikes fly masks and escapes them routinely.  We use sunscreen for added protection.

In general, there is a lot of activity around AAE including vehicle and foot traffic in and out of paddock/pasture areas, mucking with wheelbarrows, grooming and care activities, tractor and trailering, weekly farrier visits.  There are resident dogs, cats, and mini horses, as well as various wildlife including frequent deer, turkeys, squirrels, and more, in and around paddock/pasture areas.  A portion of AAE is situated along a highway with high speed vehicles, trucks, and sirens.  Tractors are used in and around pasture/paddock areas, trucks deliver feed, and a squeeze is occasionally used for unloading hay.  Horses at AAE are accustomed to a more active environment as opposed to a quiet/sterile environment.
Sponsor Jennings 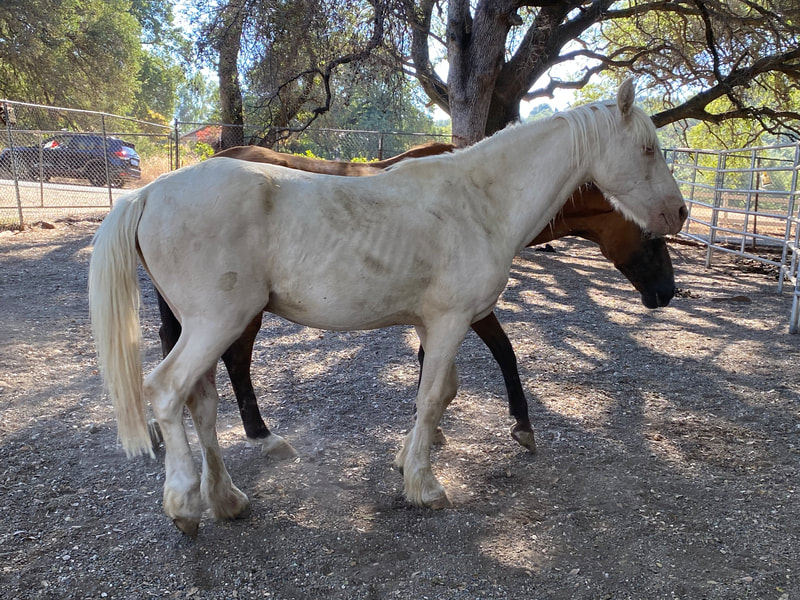 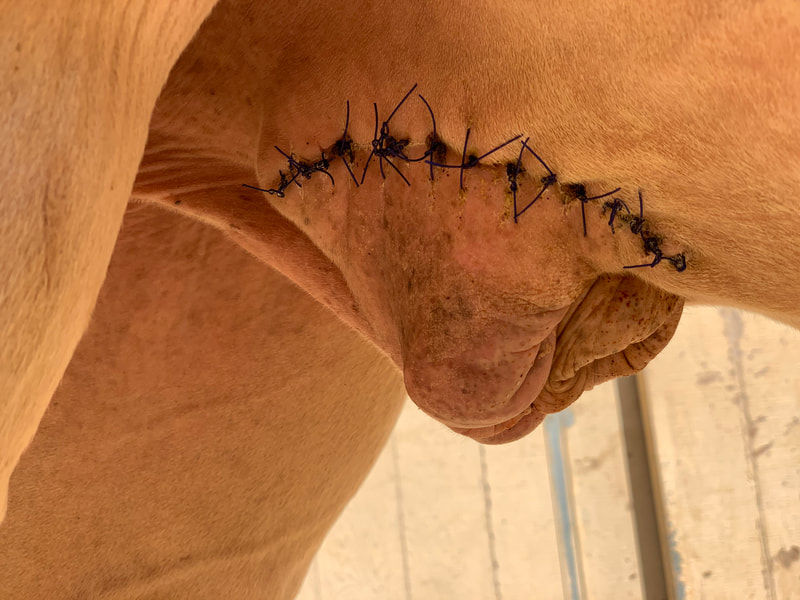 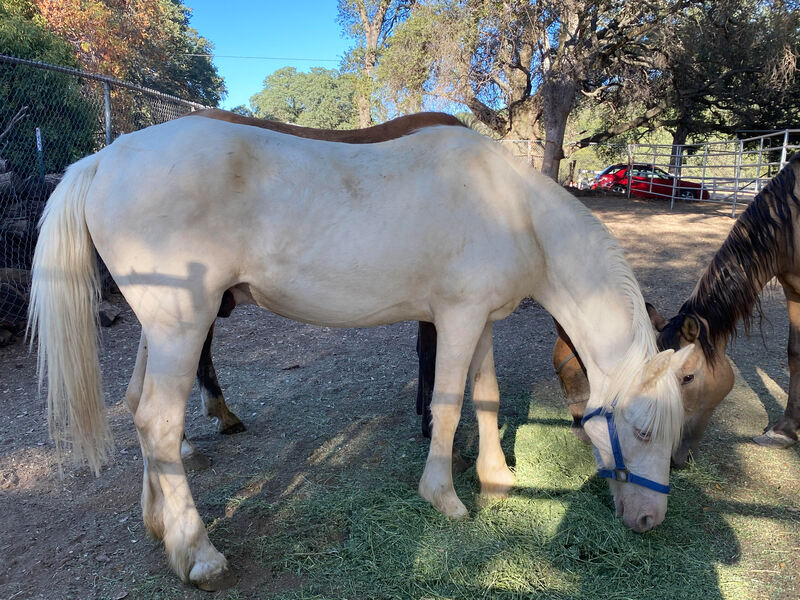 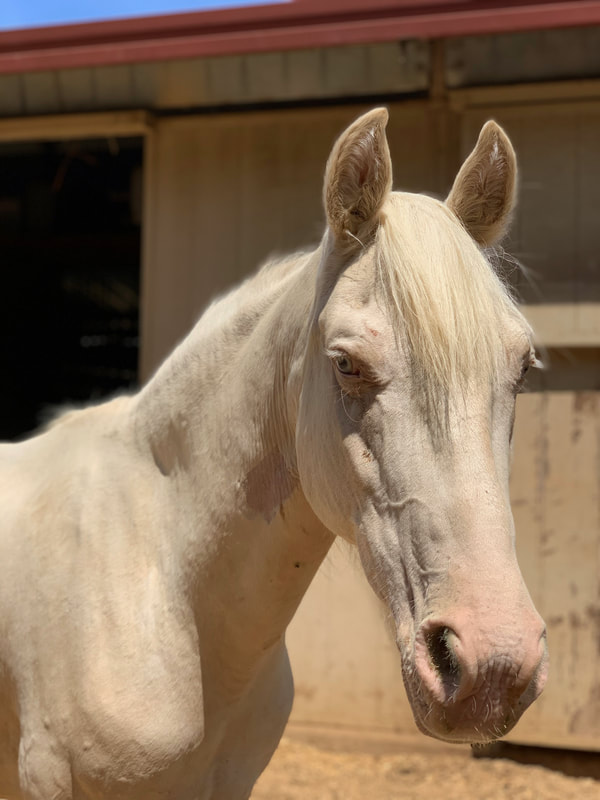 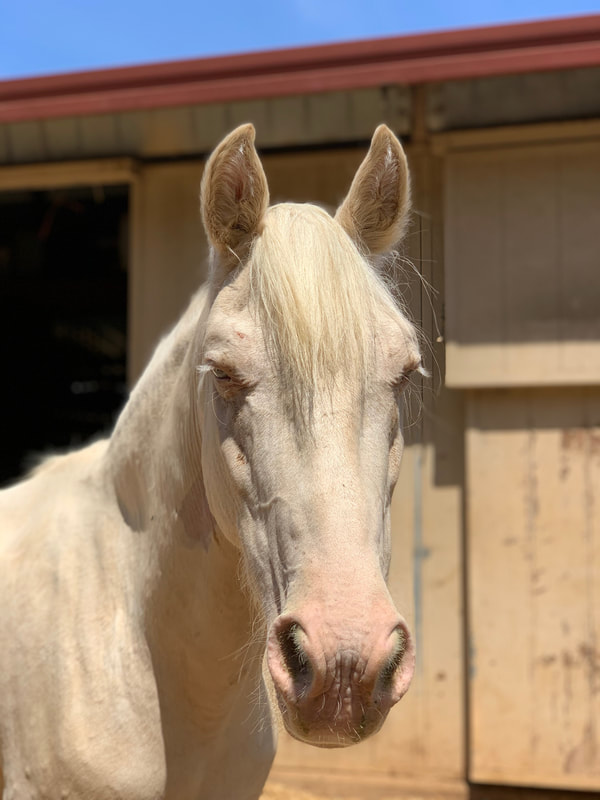 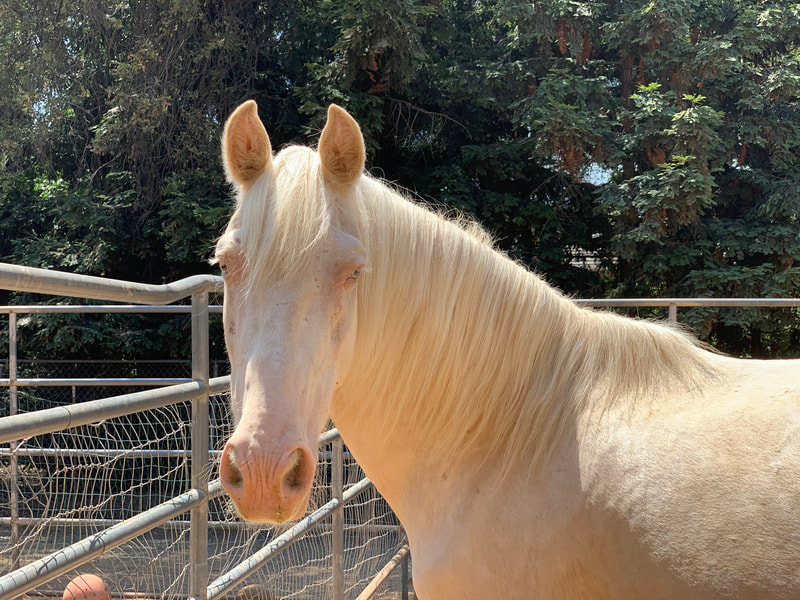 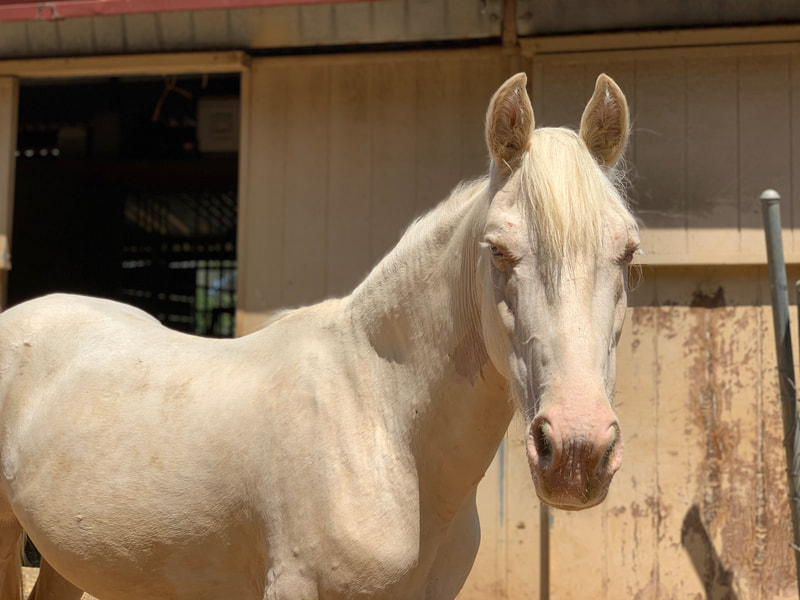 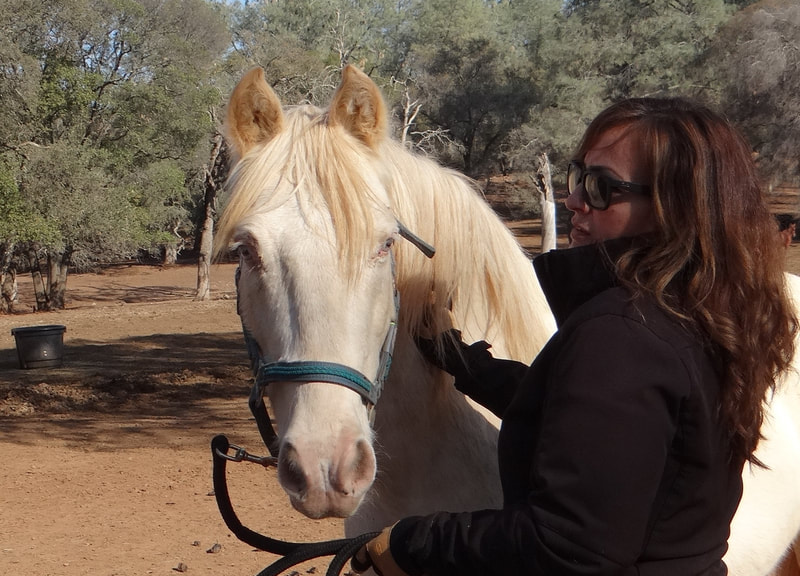 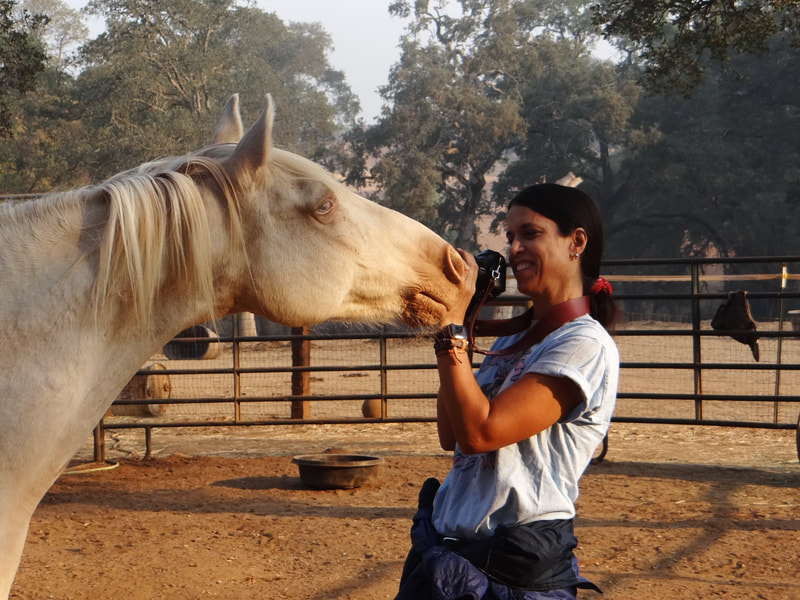 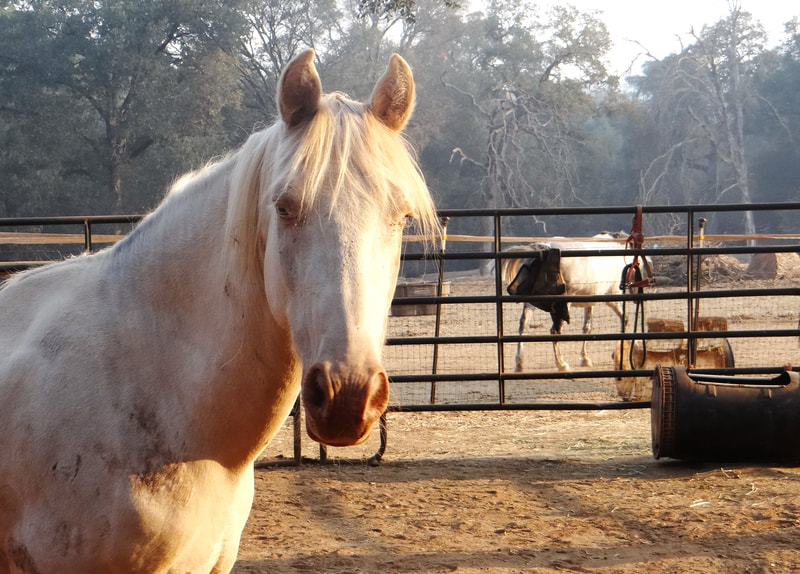 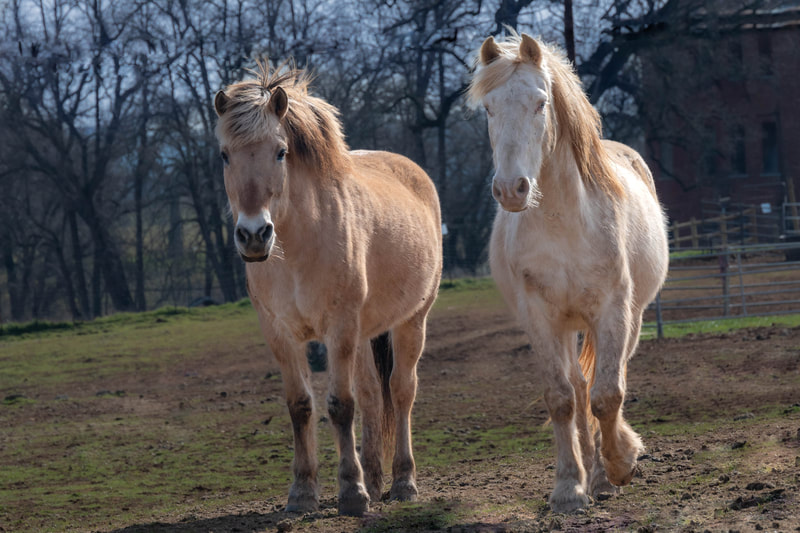 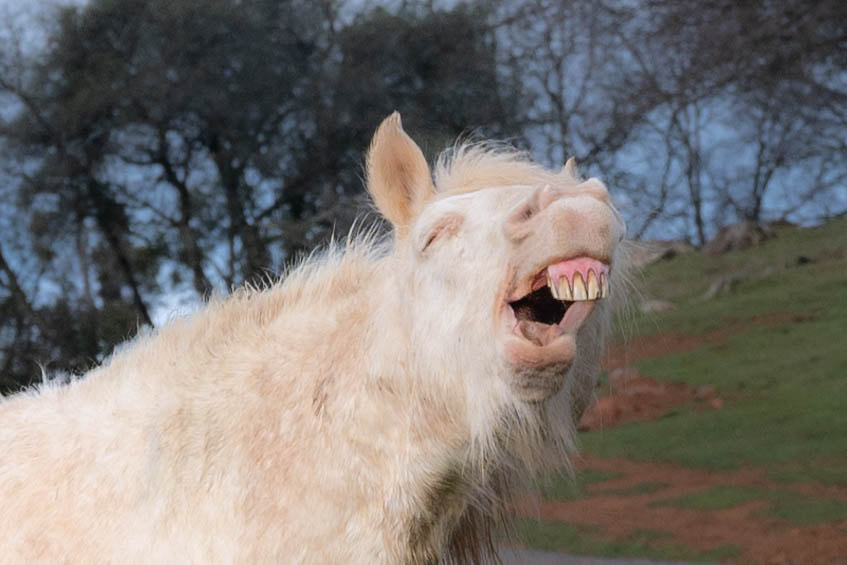 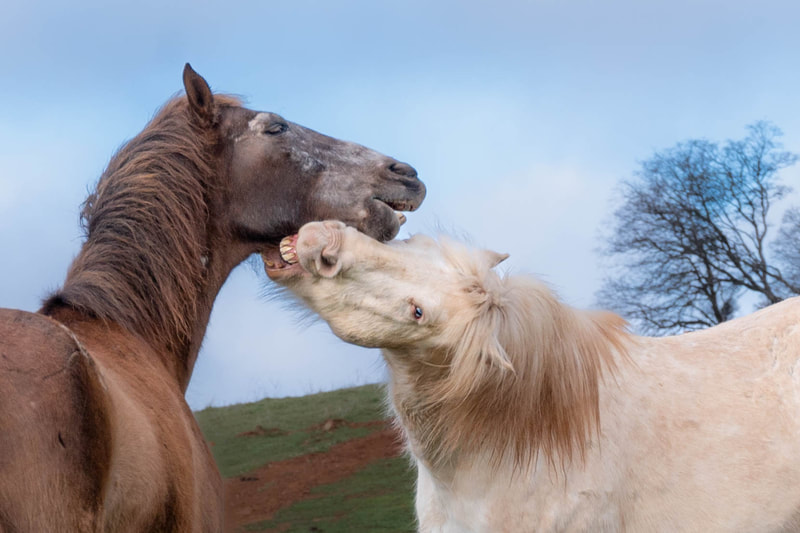 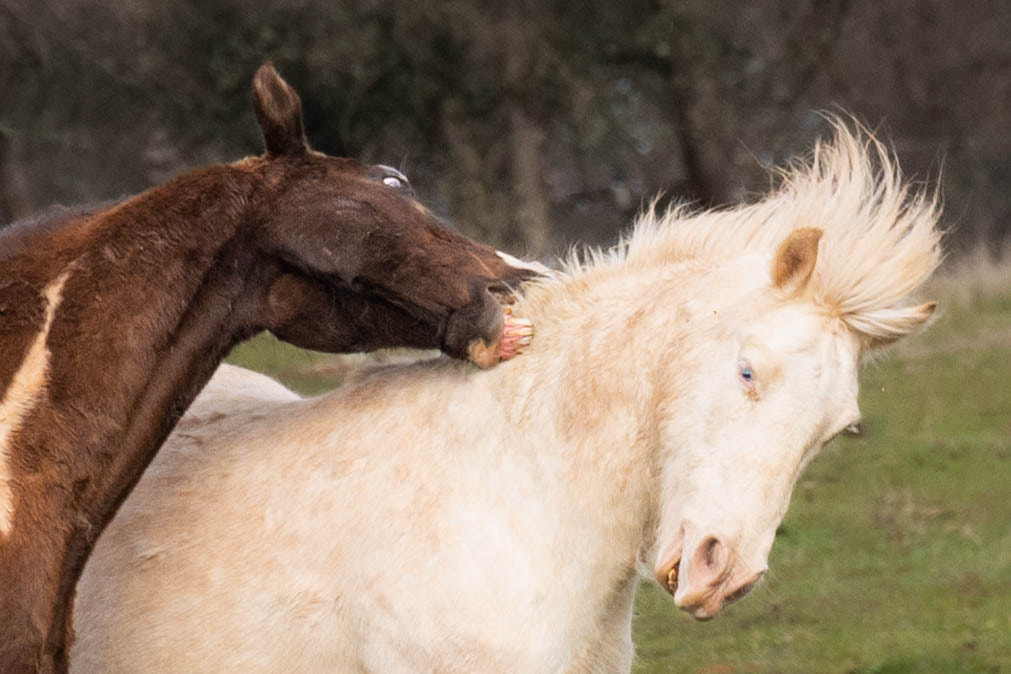 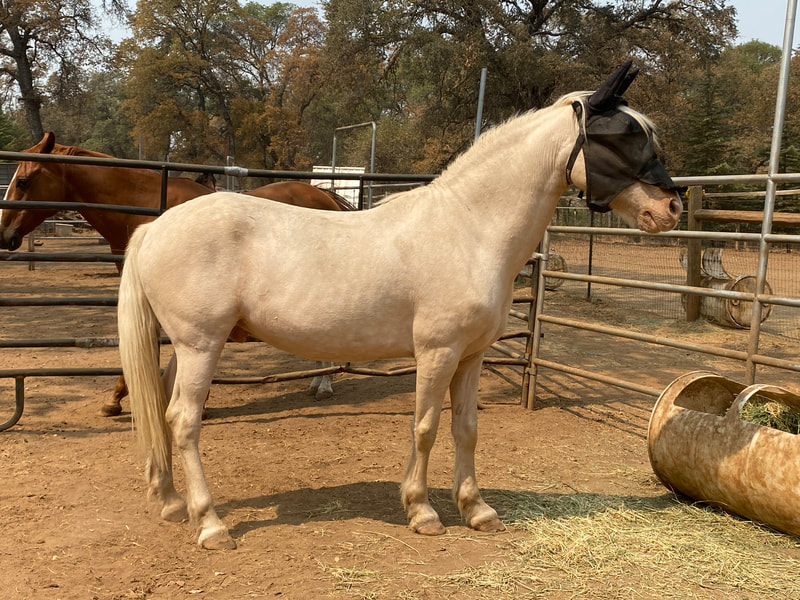 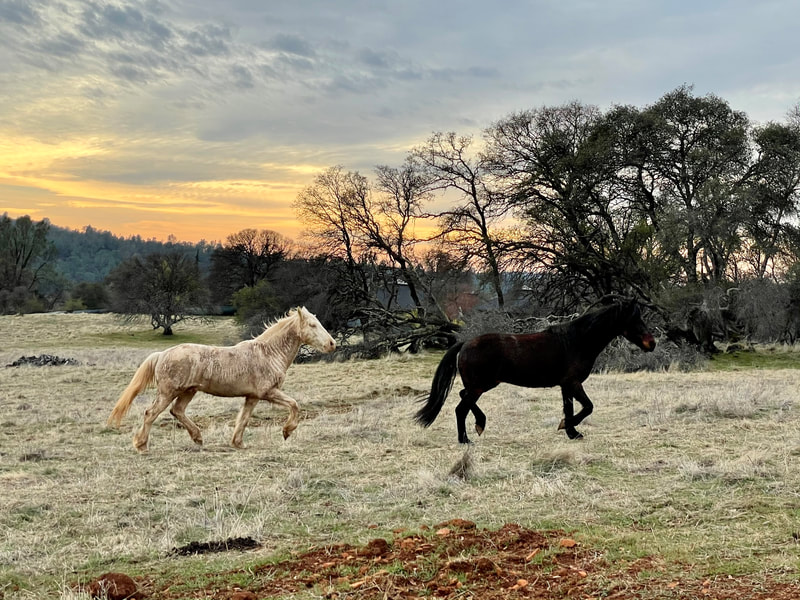