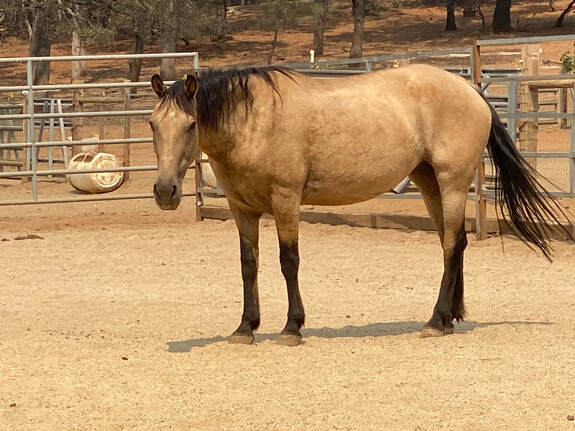 Layne came to AAE in July 2020 from a distressed mustang sanctuary situation due to a health crisis.  After 20 years of serving mustangs, the sanctuary was unable to adequately meet the needs of the horses.  Layne needed hoof care, and she was on the thin side.  When picked up, she was weary, but full of try and worked hard to understand what was being asked of her.  She was kind, handled fairly easily, and loaded willingly onto the trailer..

Layne is shy and lacks confidence, but she really tries hard to please.  Her hooves were trimmed, with sedation, but she's very defensive with hind feet and any activity around her hind end.  She is slowly coming around and accepting humans, haltering, leading, a fly mask, and fly spray. There's no indication she was trained under saddle, and it doesn't seem she's had considerable human interaction.

Layne is an older mare, and she is a bit arthritic.  She was recently started on a daily Equioxx tab.  As far as we know, Layne was never started under saddle, and due to her age, she is not likely a good candidate as a riding horse.  Layne is best suited for a companion, non-riding home with someone that is easy-going, has low energy, and enjoys the trust-building experience with horses and the bond that follows. She is not suitable for a beginner.  She requires full sedation for hoof trimming (dorm gel is not effective).

Layne is current with dental and hoof care, vaccines, and deworming, and she has a microchip.

In general, there is a lot of activity around AAE including foot traffic in and out of paddock/pasture areas, mucking with wheelbarrows, grooming and care activities, weekly farrier visits.  There are resident dogs, cats, chickens, and mini horses, as well as various wildlife including frequent turkeys and squirrels in and around paddock/pasture areas.  AAE is situated on the corner of a busy road with high speed vehicles, trucks, and sirens.  Tractors are used in and around pasture/paddock areas, trucks deliver feed, and a squeeze is occasionally used for unloading hay.  Neighbors have weekly gardeners that utilize various power tools, and children that are active in yards adjacent to some stall/paddock areas.  Horses at AAE are accustomed to a more active environment as opposed to a quiet/sterile environment.
Sponsor Layne 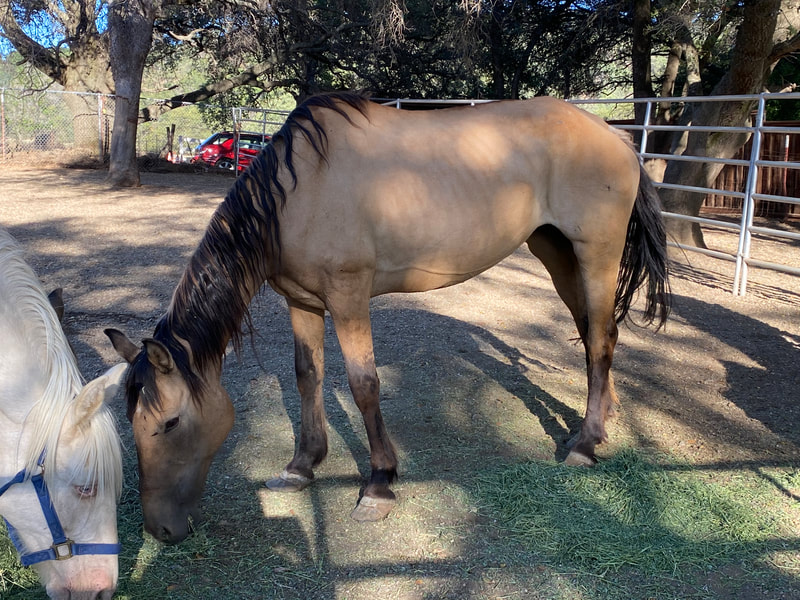 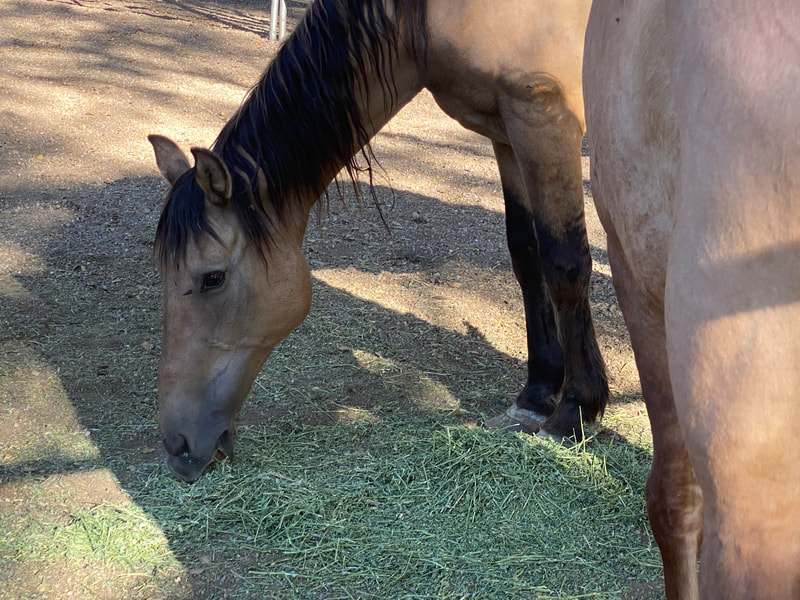 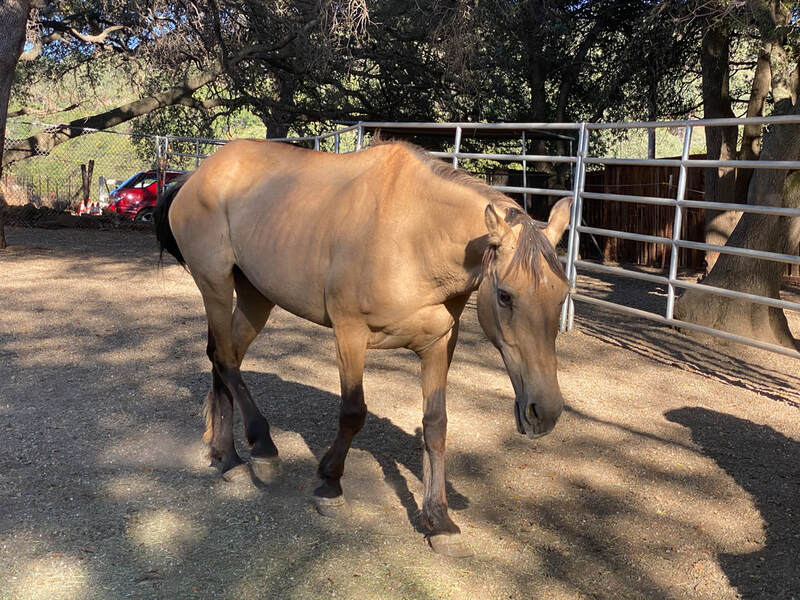 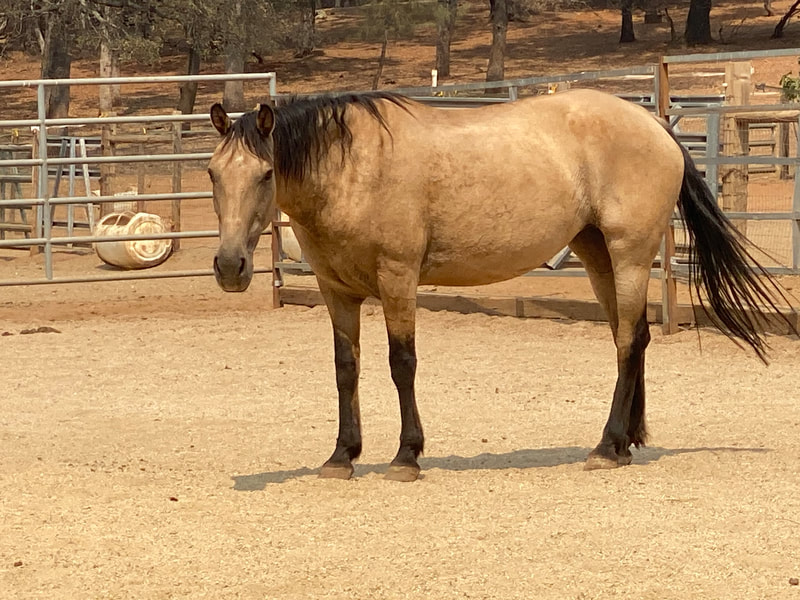