AAE took in this poor, ol' mare late on January 24, 2014 after she had been abandoned by her owner. She and her companion, Magic, were found by a family member after they had been abandoned by other family members. The family member (prior owner) reached out to AAE for assistance because they were unable to provide support for two horses (out of money and out of feed), especially in the condition they were in. Family said she was very thin, but she had gained weight in the two weeks they had been feeding her since they found her.

When AAE arrived, we found Love with her companion, Magic, in a paddock.  They had no food, but there was a small flake of alfalfa outside the fence.  Love's head was hung low, her eyes were tired, and you could see most of her bones.  She was emaciated and lethargic, but approached us as if she hoped she would find food.  We attached a lead rope to her halter, then took some time to earn Magic's trust.  The two obliged and followed us to the trailer.  Love stepped up and headed right for the feed bag.  Magic was a bit less enthusiastic about getting into the "box", but he did.  After a curvy, narrow driveway with low branches on what seemed like every tree, we were on the road with thanks from the family.

Love's initial exam was promising, although she gave Dr. Stolba a piece of her mind when she collected a blood sample.  Love has a bony protrusion from her mandible, that appears to be a big bone spur.  It doesn't appear painful or otherwise an issue, so we're holding off on further evaluation until she's feeling better..  The family that contacted us (owner her 7 years ago) indicated she had always had it.  We are awaiting her blood results, but the best news is she is on a path to recovery.  She is a "love", true to her name.  She and Magic are quarantined together, and as soon as she has stabilized and put on a few pounds, we will schedule dental work.  She needs it.

February 2014 Update:  Love's blood results were generally good with everything within normal range other than being a bit anemic. This is not unusual considering her condition, and with proper nutrition, should resolve soon.

May 2014 Update: Love’s recovery has gone so well she recently entered the pasture to join the herd for the first time, and WOW, she showed off her beautiful floating trot. She will be having surgery to her mandible to remove the bone spur and then she will be ready for adoption. More info coming soon after we have had a chance to evaluate her more. 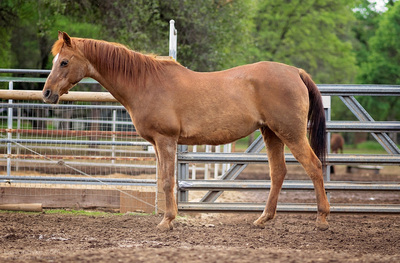 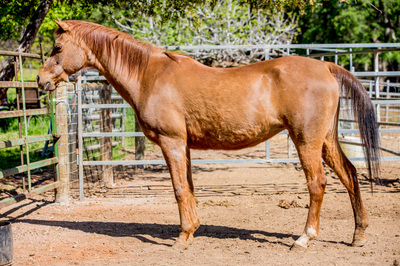 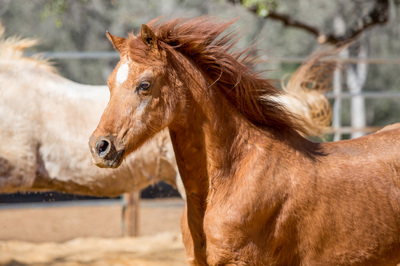 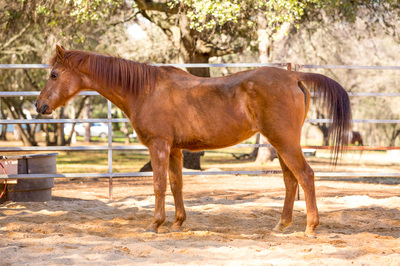 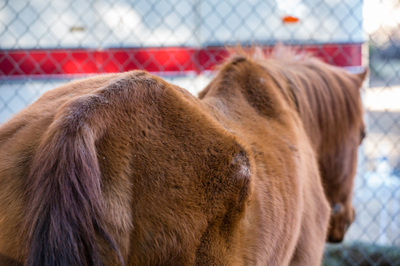 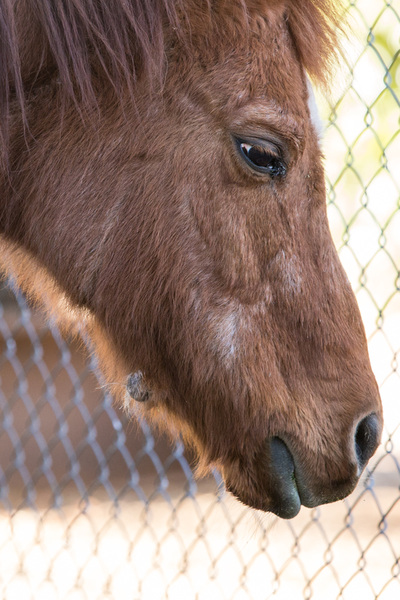 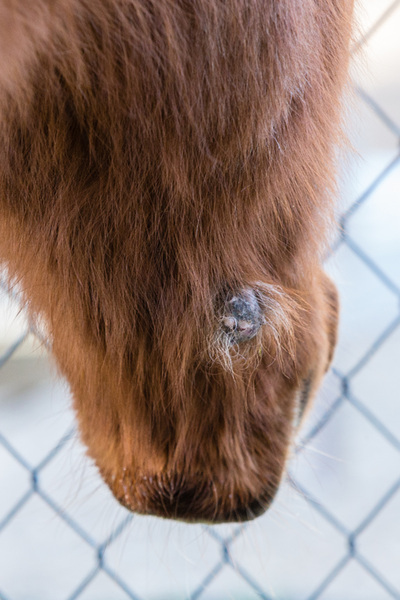 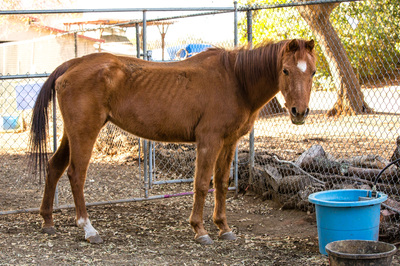