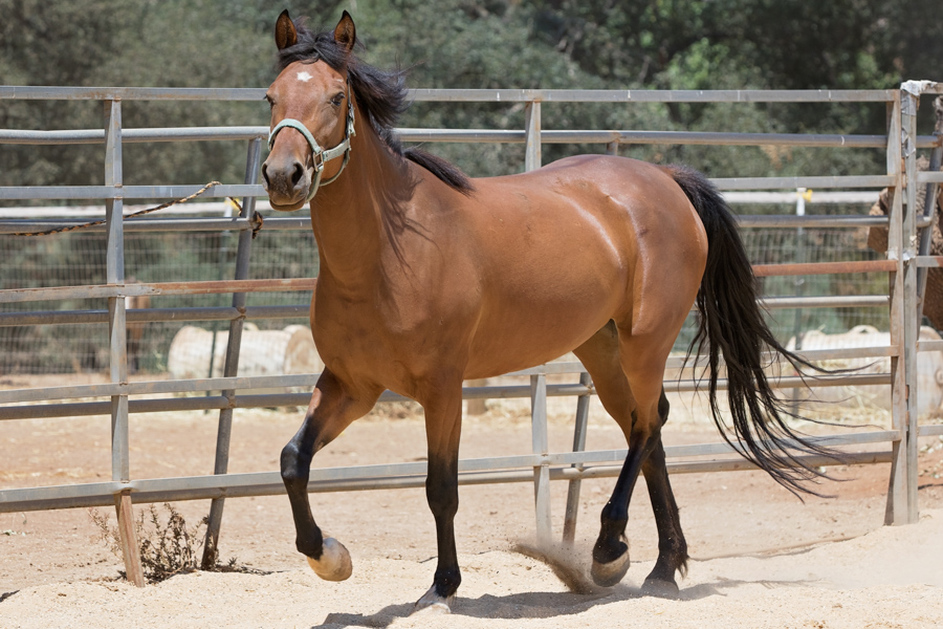 Height:  14.0 hh (est)
DOB:  2009 (est)
Sex:  Mare
Color/Breed:  Bay/Grade
Adoption Fee:  $450
Category:  Ready for Training
Minde is a beautiful little bay mare, but an extreme challenge.  Minde was feral when she arrived from her former owner, who had gotten her from a large scale rescue.  Minde's prior owner said she was pregnant and with a foal when rescued. Both foals were gentled and rehomed.

Minde was untouchable when she arrived.  She spent considerable time at the Monty Roberts International Learning Center (MRILC) where she participated as a project horse during MRILC courses.  She was handled and socialized some; however, she remains extremely apprehensive of humans.  She is stoic/brave, but may have a vision issue, as she occasionally spooks/startles in unexplainable moments.  At this point, it seems a sanctuary home where she has no human requirements might be best situation for her. 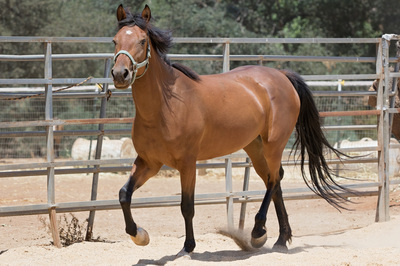 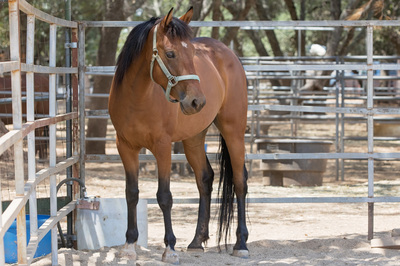 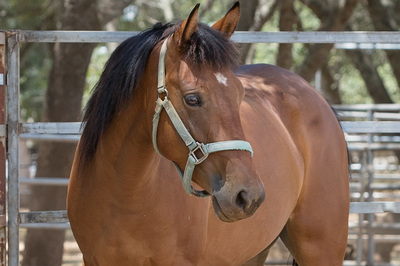 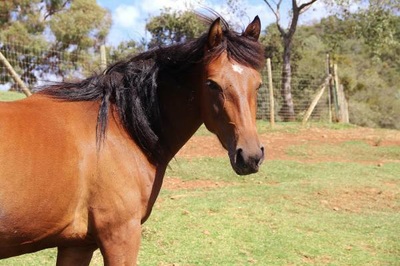