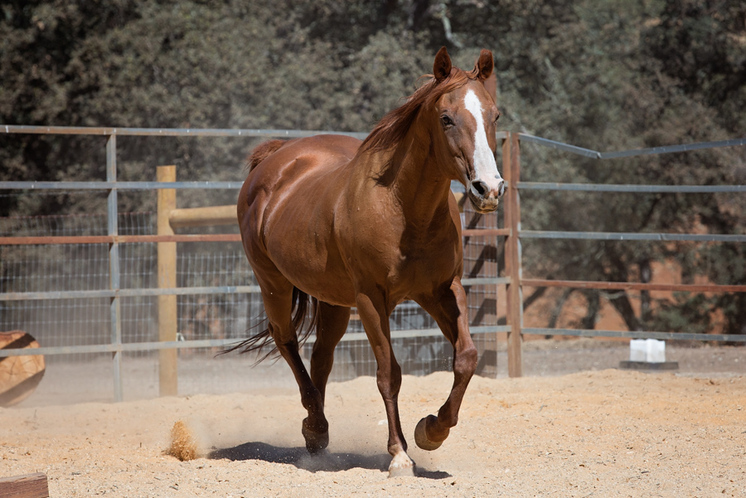 Good golly, Miss Molly! Molly is late teens/20ish mare who was rescued by a private party from a bad situation not once, but twice. The first time, she was rescued to save her from the threat of being shot by her owner because they wanted to move out of state. After rehabilitation, she was taken in by a new family, but six months later she was found neglected and in need of rescue again. Unbelievably, Molly was even thinner than she was the first time she was rescued. AAE took her in as her rescuer wasn't able to support another horse at the time. She has recovered nicely and has a sweet and trusting disposition even after all the trauma in her life. Molly has been ridden western and handled well by a young experienced rider. She enjoys attention and grooming. Due to her sway back, a smaller light rider for light riding or a companion situation would be best or she would serve well with a leadline job. She did well when kept alone, but since being housed with the herd, she tends to bond with one horse and has some anxiety when separated. Molly really needs her own family where she will get regular loving attention. 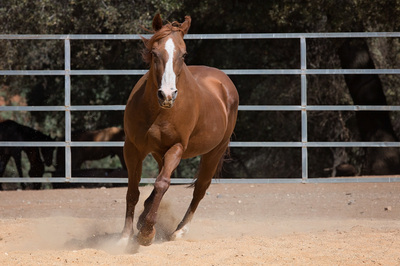 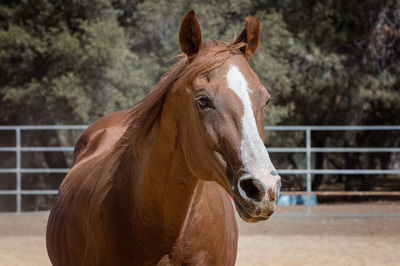 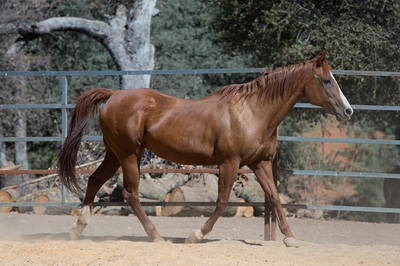 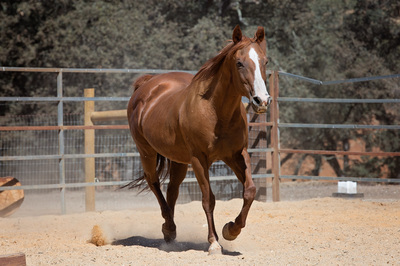 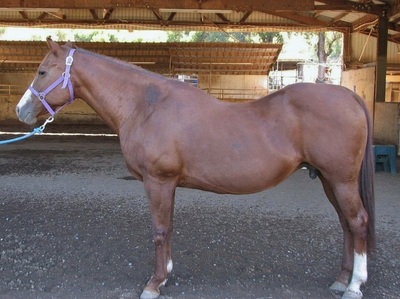 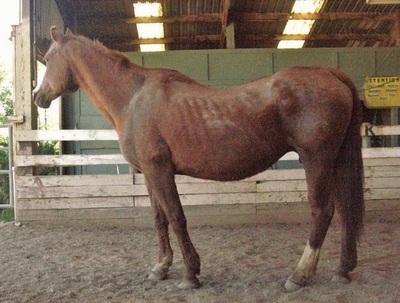 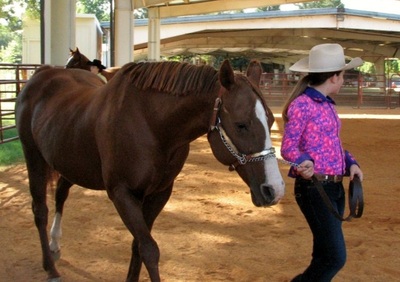 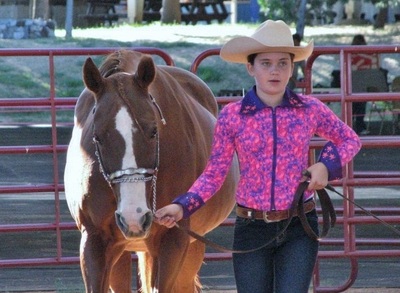 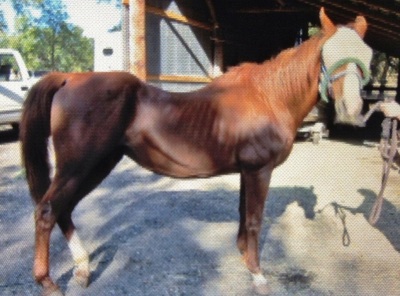 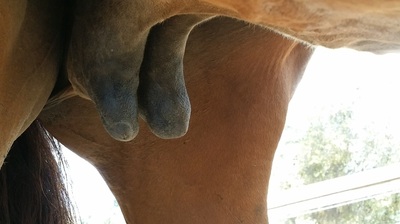