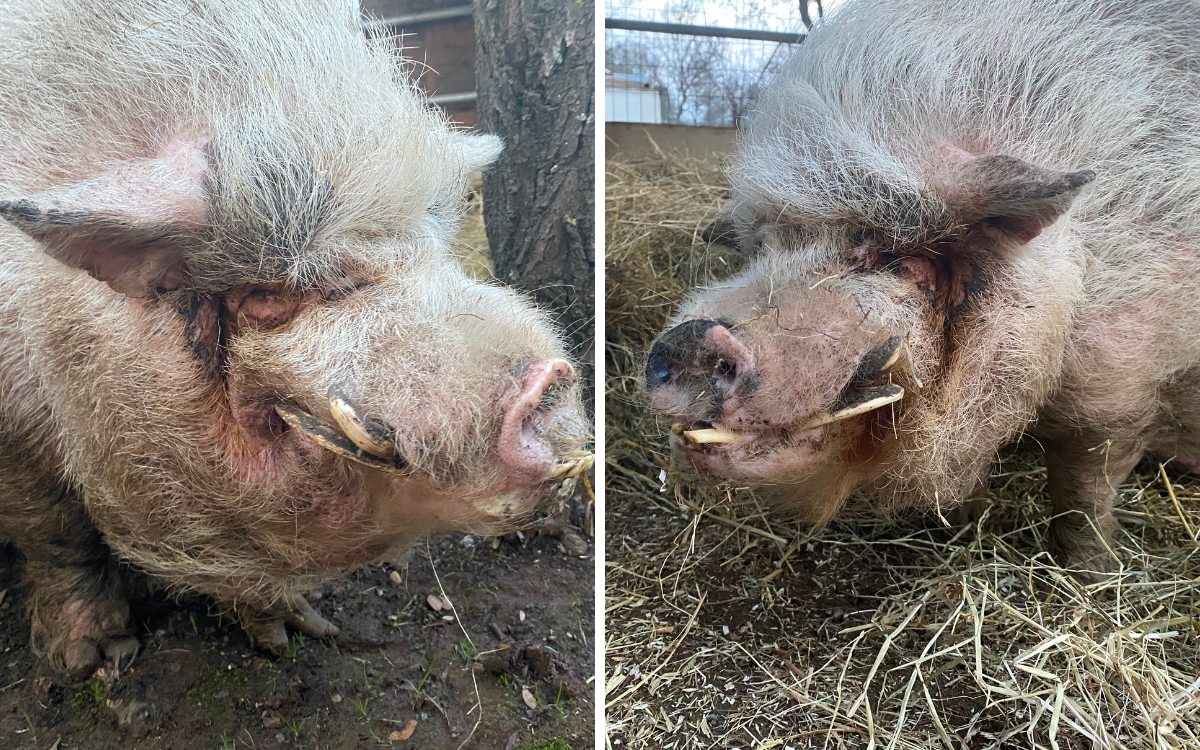 Oscar and Oliver came to AAE from a distressed horse sanctuary at the end of January 2021. The owner was being evicted from her property, and was given a three day notice to vacate, and we assisted with intake of multiple horses. These two boys had nowhere to go, so AAE took them in in good faith with the intention of placing them in a farm sanctuary type situation.  Unfortunately, that has proven to be a much more difficult task than we realized.

They were severely overweight, and needing hoof and dental care.  They had such big fat pads around their face/eyes, their eyes were not visible. Their tummies were so big, they dragged on the ground.  They slept most of the time, buried in straw, and they got up only to eat and drink.

Oscar and Oliver were seen by the vet, and their tusks and toes were trimmed.  They were started on vitamins and meds for arthritis, and most importantly, a low calorie diet. They're fed piggy pellets and low cal veggies daily.

They sleep most of the time, but they have started wandering in their paddock between meals.  They usually have to be awaken for breakfast, lunch, mid-day snack, and dinner. They are relatively easy to handle, and they haven’t shown any signs of aggression, though they grunt all the way to their feed bowls. They need a home with at least some flat ground and a good mud spot for a wallow. Though they've lost weight, they aren't at a good maintenance weight yet. Oliver is closer than Oscar. Oscar's tummy still drags the ground a bit, but it's slowly shrinking.

Can you give a home to these two ol' guys, together?
Sponsor Oliver & Oscar 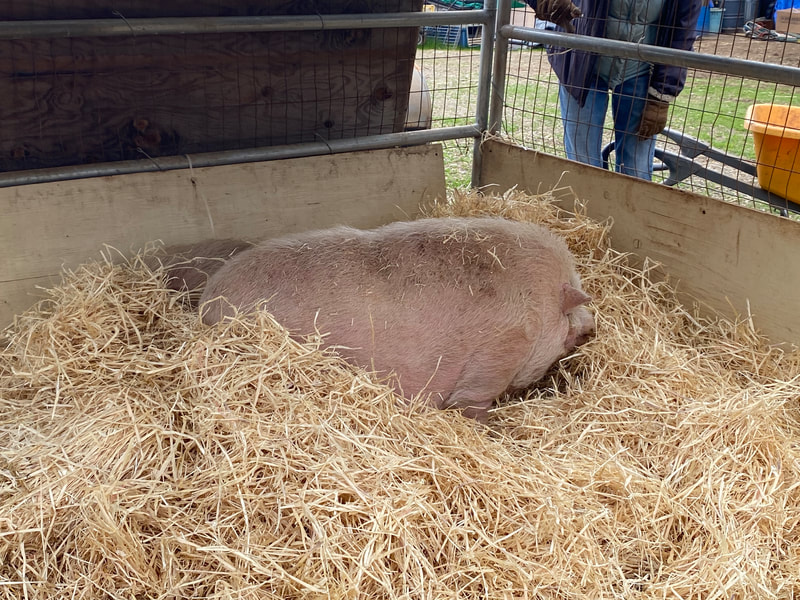 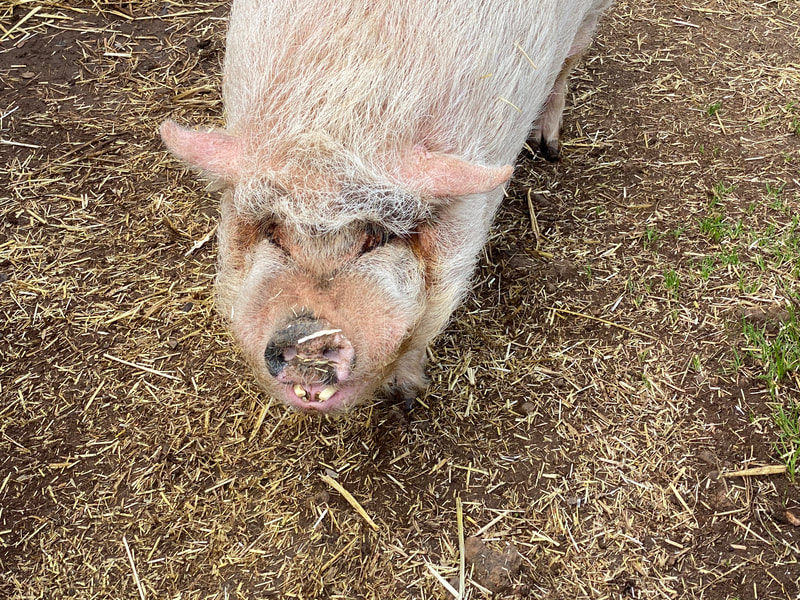 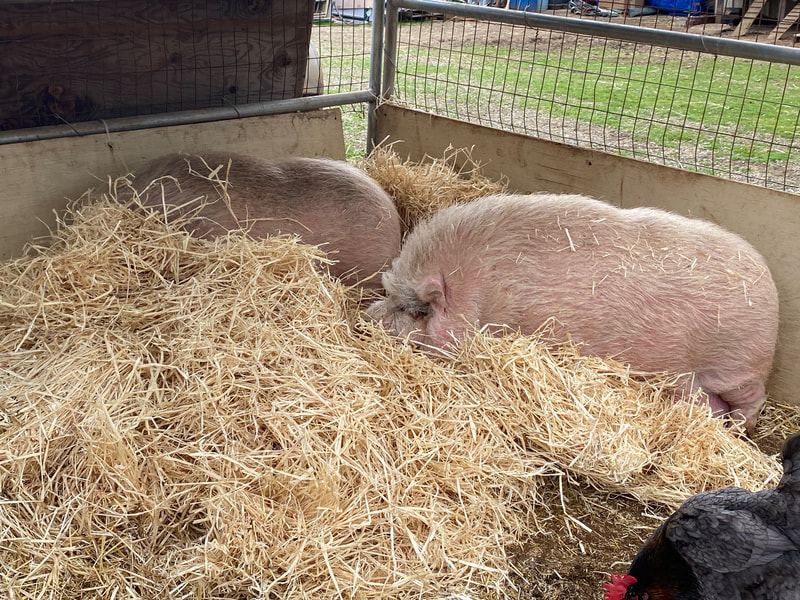 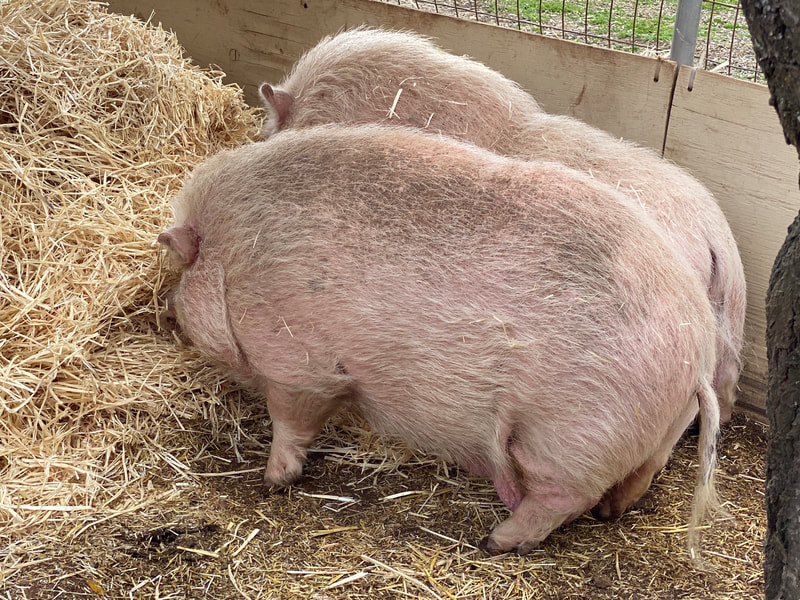 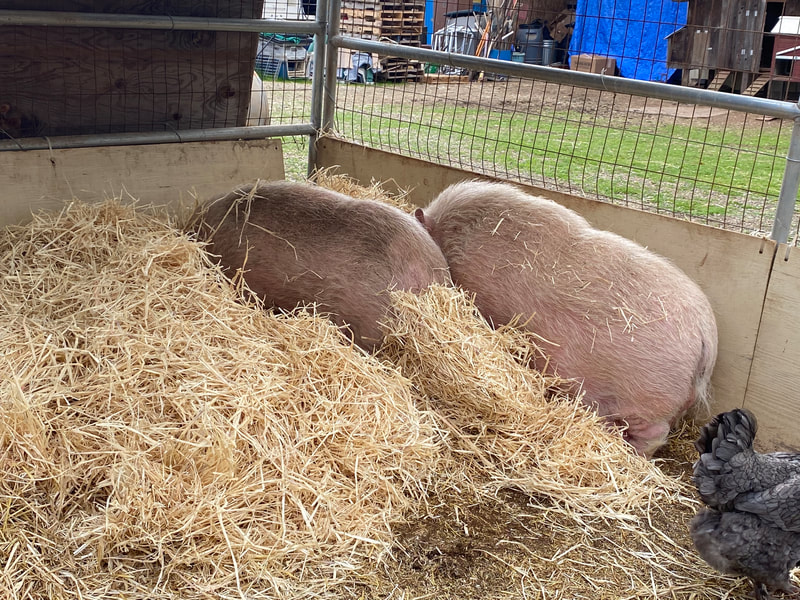 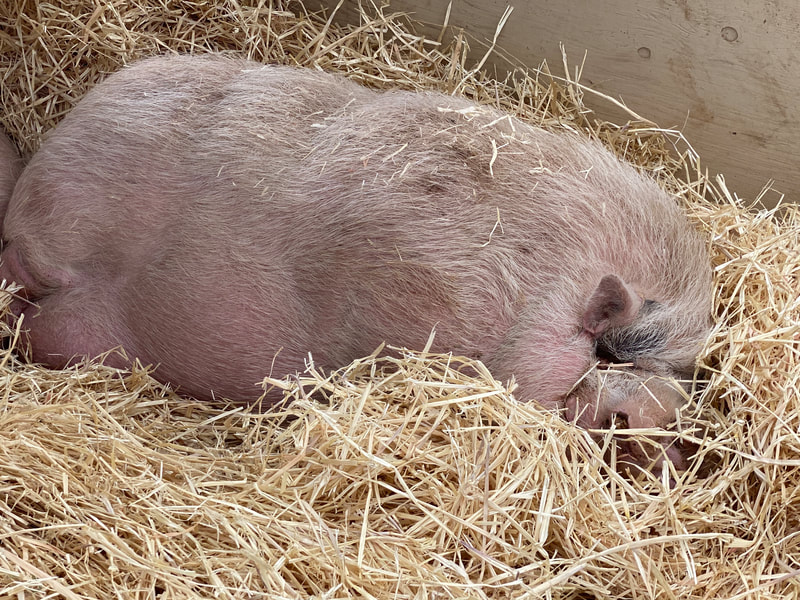 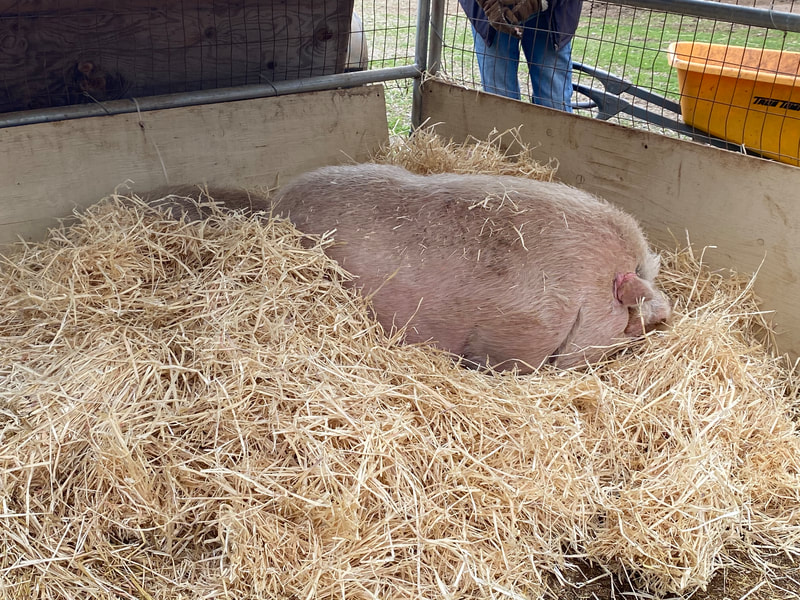 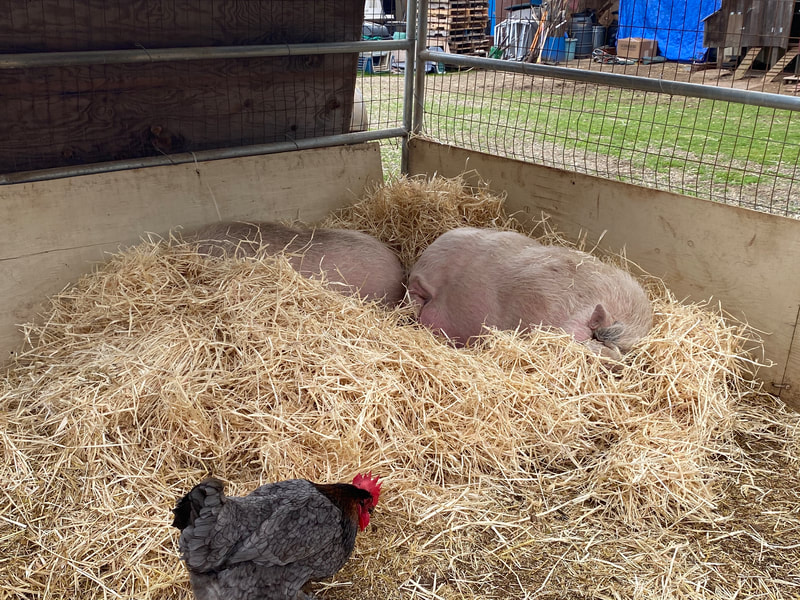 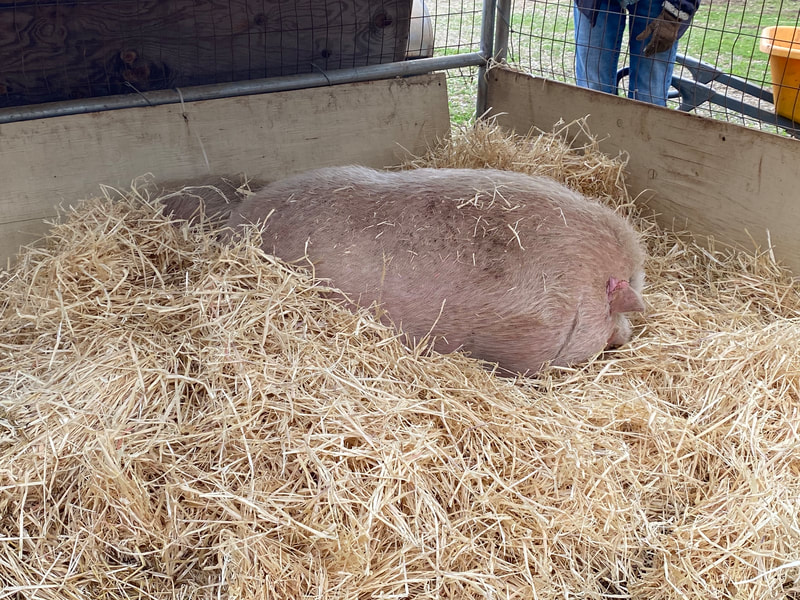 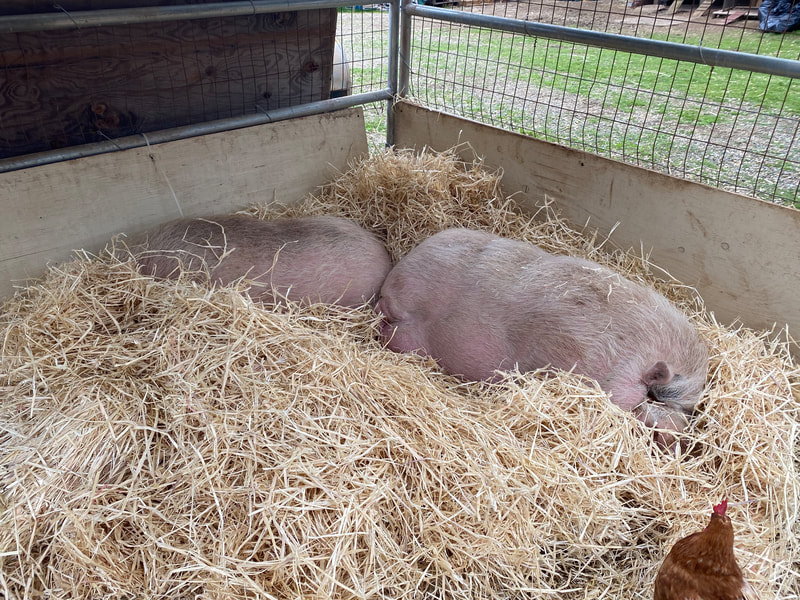 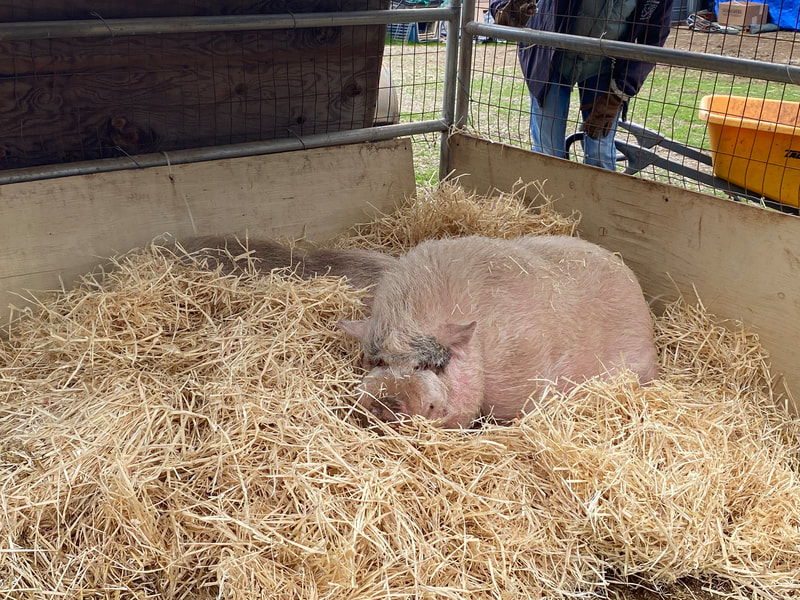 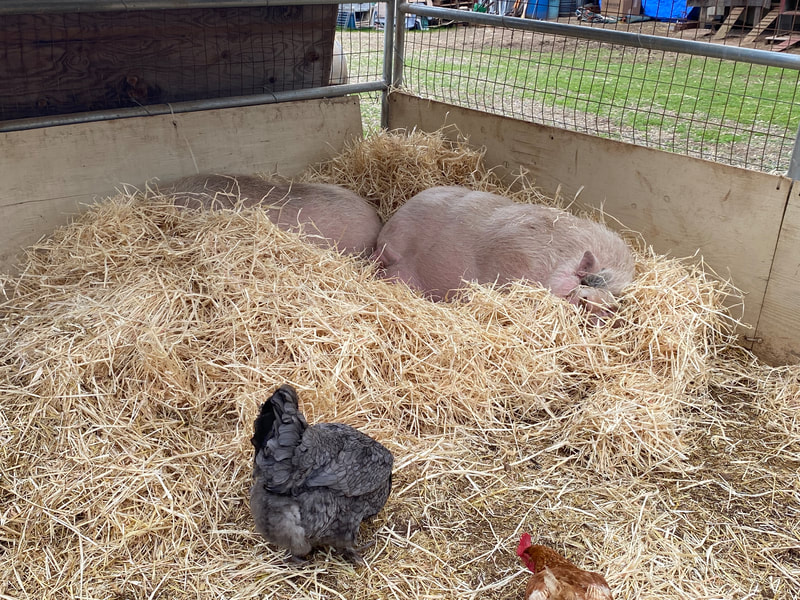 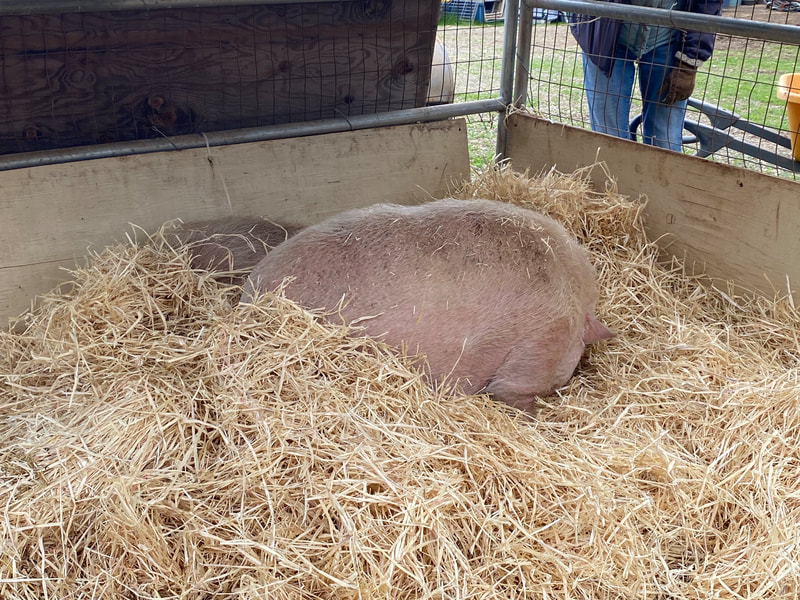 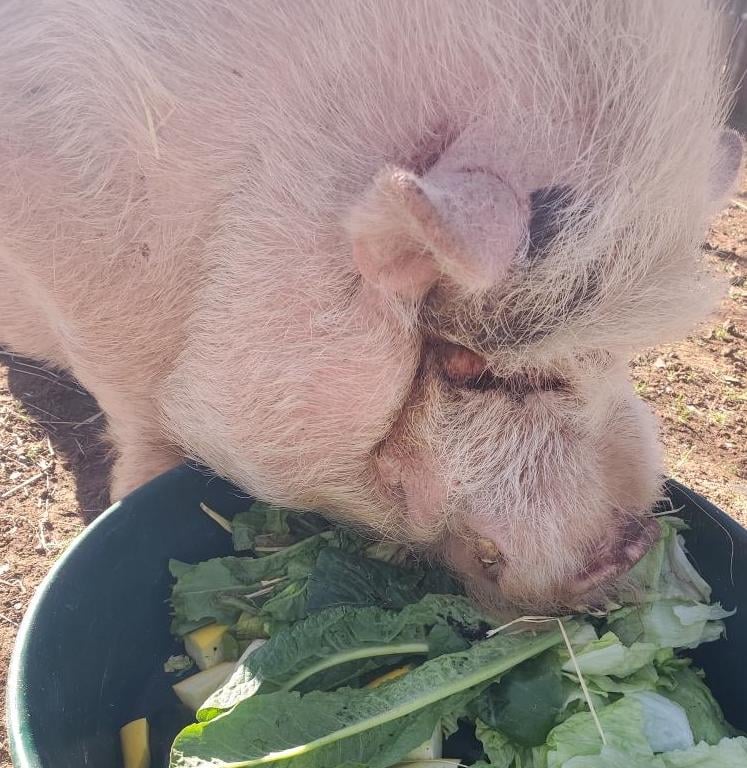 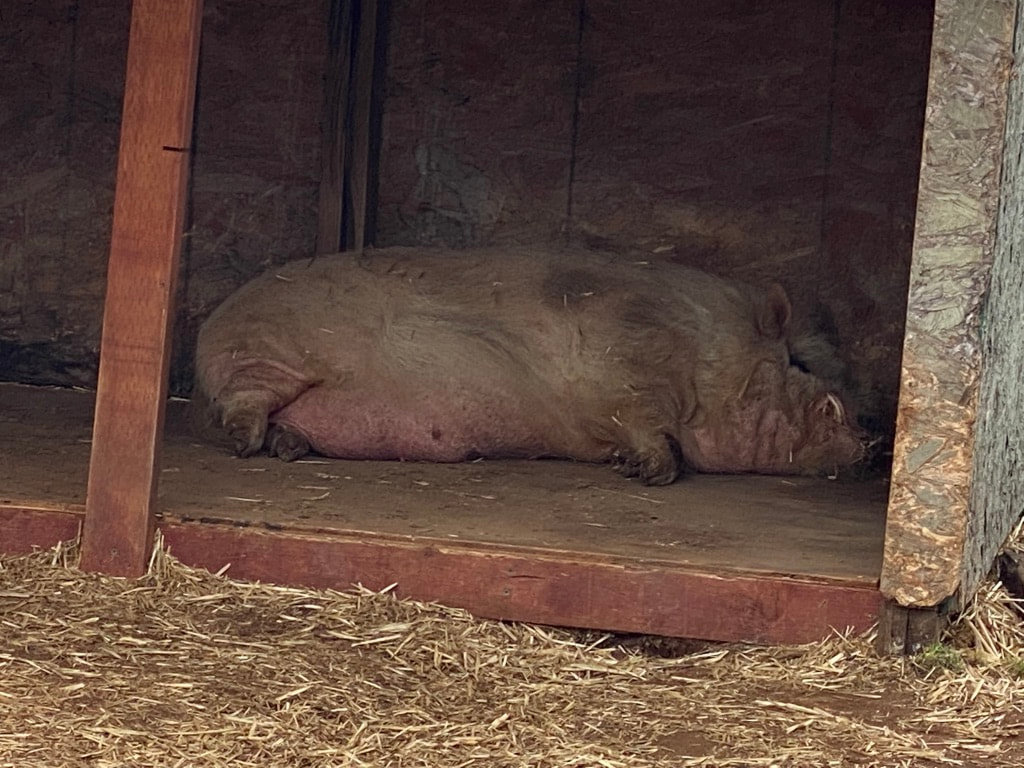 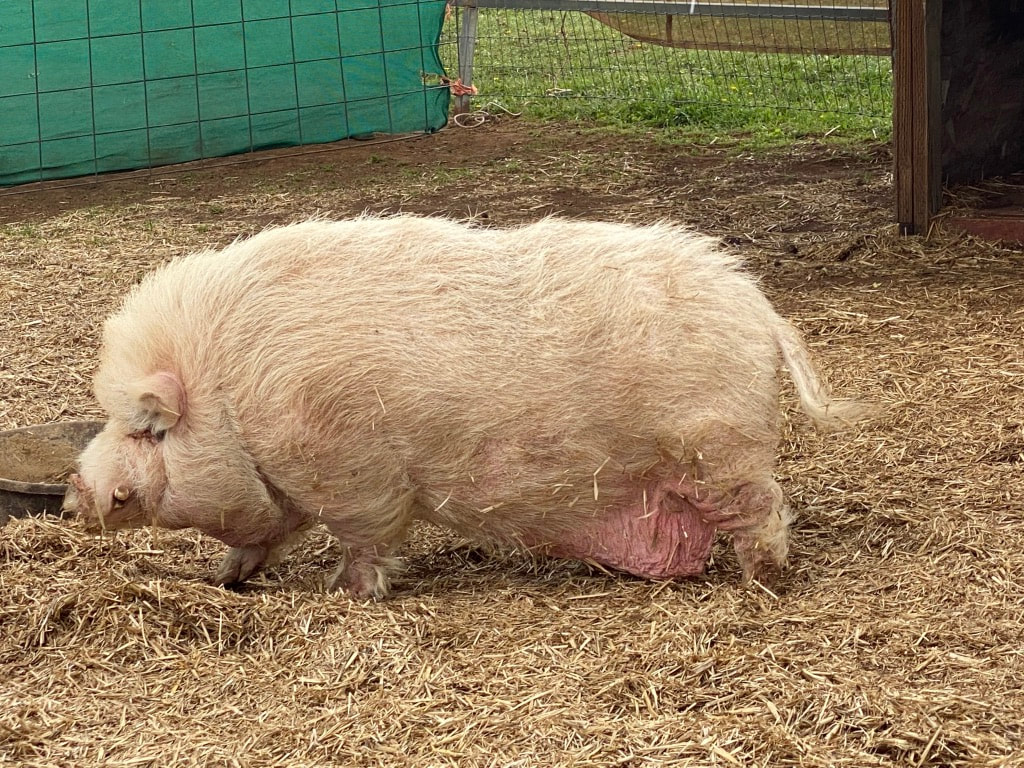