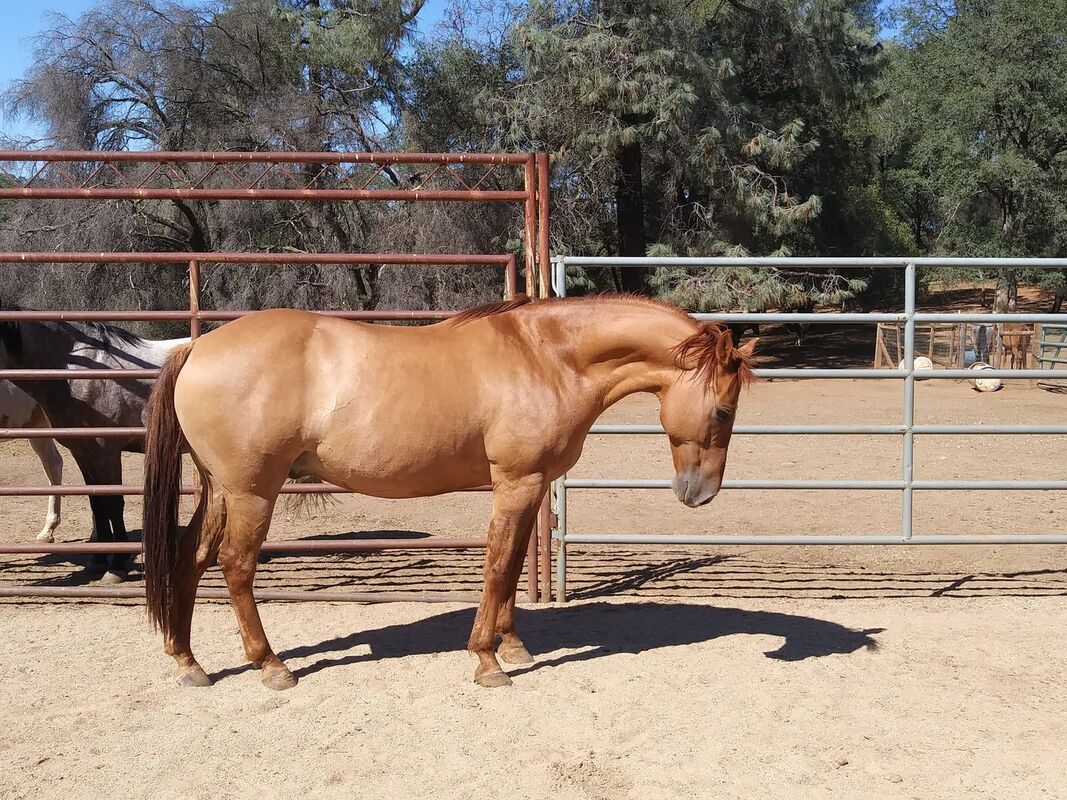 Red is an incredibly handsome guy.  He came to AAE from another rescue after spending several months at the Monty Roberts International Learning Center (MRILC) where he participated as a project horse during MRILC courses.  He was untouchable when he arrived, and took tremendous time overcoming fear and accepting humans.  He was socialized, learned basic groundwork and long-lining, and he was introduced to a saddle (no rider).

Red was adopted by a youth adopter and family in Fall of 2016, but due to the realities of work and finances that come with adulthood, his young adopter was unable to continue to meet Red's needs.  Red continued building trust and learning about saddle work, even carrying a rider a few times.

Red returned to AAE the beginning of January 2018.  His vet care was updated including dental and hoof care, vaccines, and deworming.  Not long after returning to AAE, Red suffered a pasture injury.  Veterinary exam indicated he ruptured his peroneus tertius muscle.  This usually happens when the hock is hyperextended, likely in a quick turn or change of direction.  Thankfully, it was a soft tissue injury, and not the ghastly fracture it appeared to be.  Red was on stall rest for more than a year, and so far, all signs with re-evaluation are that he healed well.  Studies show a good percentage of horses recover to the same level of exercise, so we're hoping for the best.  So far he appears to be back to his normal!

Red is a super kind and willing guy, but still has considerable difficulty accepting human interaction and trusting that no harm will come to him.  First contact with him is like 50 first dates...or 593,625 first dates by now.  Once he's been touched, he is relatively easy to halter, and he seems to enjoy grooming.  Red does best with a very calm, confident, and patient person experienced with trust-building in feral/wild horses.  He is slowly moving forward, and we'll continue his journey.

Red would do best with a very experienced, and confident handler. He is sweet, smart, and honest, however he is reactive and perpetually snorty. He is always respectful of his handler's space.  He does best when handled in a calm, matter of fact way. At this point, he is looking for a home that will love him as a companion first, and possible riding horse second. However, riding should not be a must.  We do not think that he will ever become a reliable riding horse; however, we never say never.

Red is current with dental and hoof care, vaccines, and deworming, and he has a microchip.

In general, there is a lot of activity around AAE including foot traffic in and out of paddock/pasture areas, mucking with wheelbarrows, grooming and care activities, weekly farrier visits.  There are resident dogs, cats, chickens, and mini horses, as well as various wildlife including frequent turkeys and squirrels in and around paddock/pasture areas.  AAE is situated on the corner of a busy road with high speed vehicles, trucks, and sirens.  Tractors are used in and around pasture/paddock areas, trucks deliver feed, and a squeeze is occasionally used for unloading hay.  Neighbors have weekly gardeners that utilize various power tools, and children that are active in yards adjacent to some stall/paddock areas.  Horses at AAE are accustomed to a more active environment as opposed to a quiet/sterile environment. ​
Sponsor RED 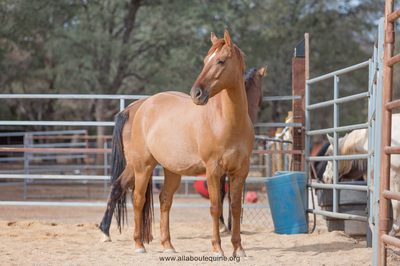 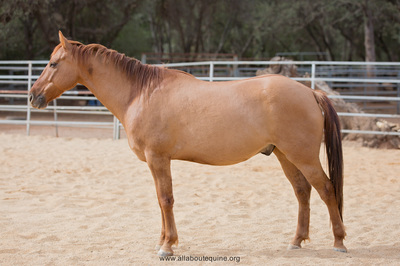 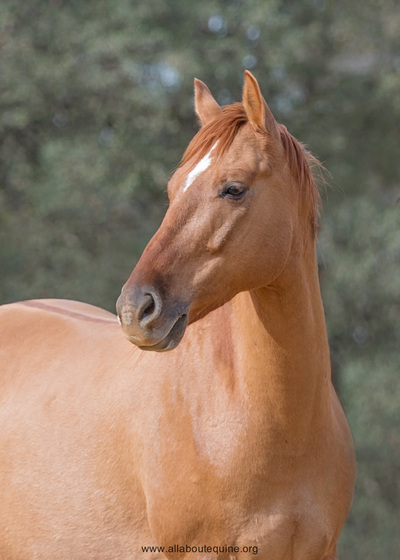 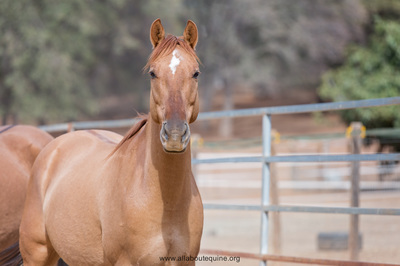 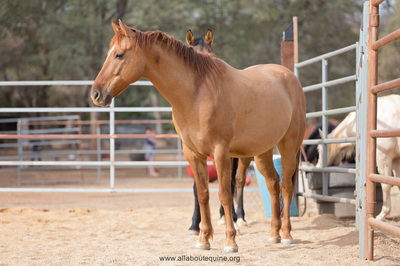 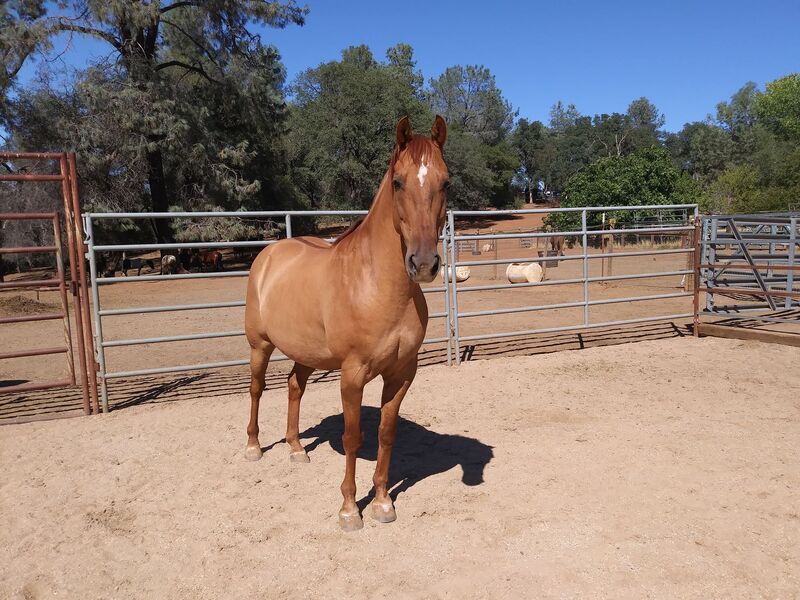 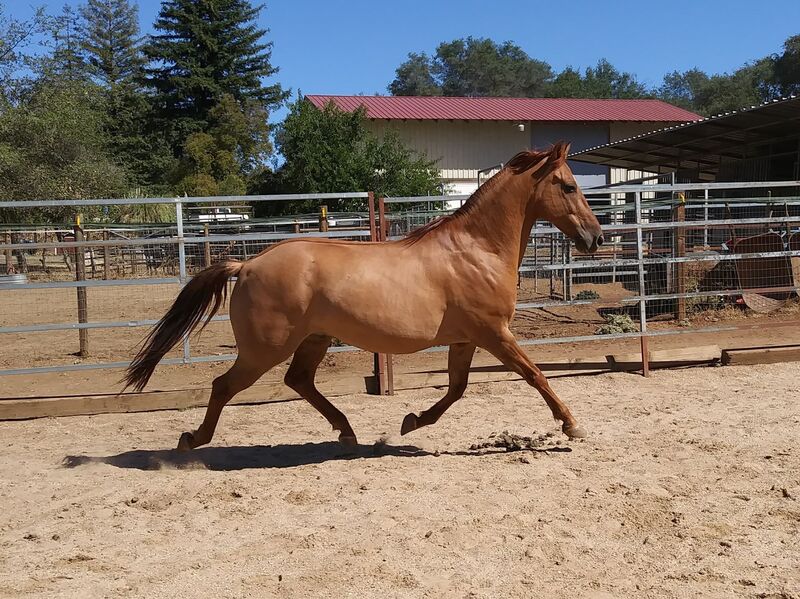 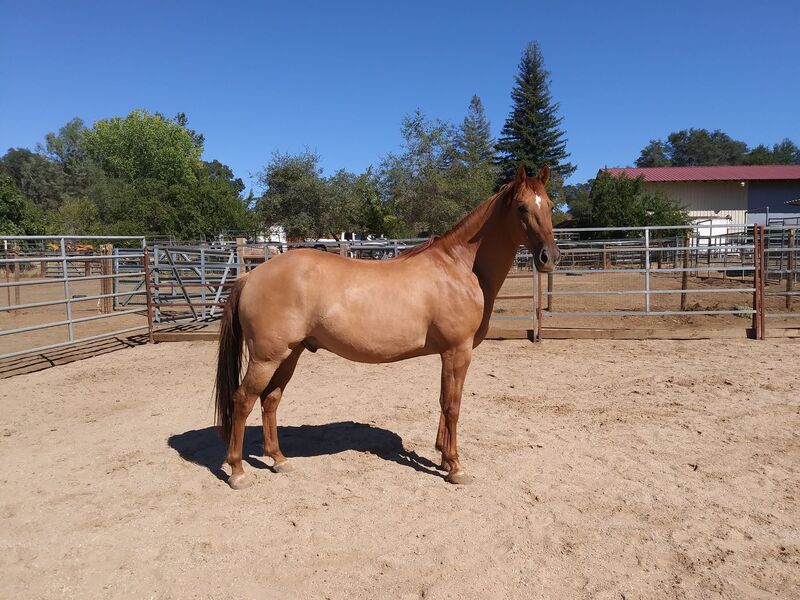 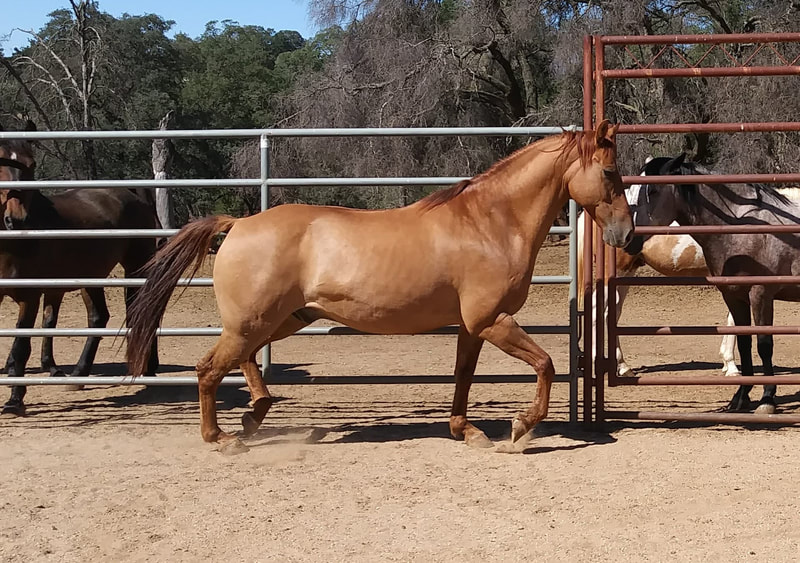 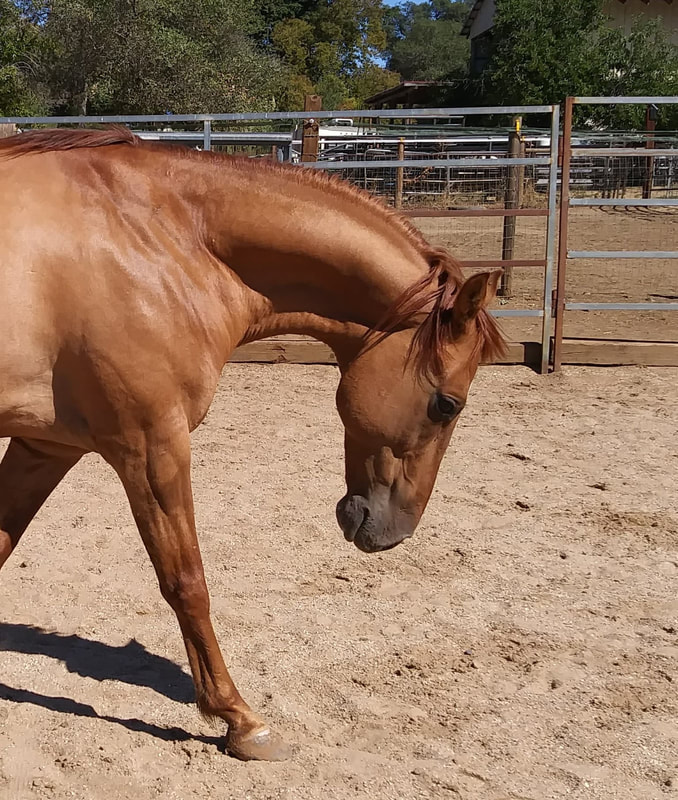 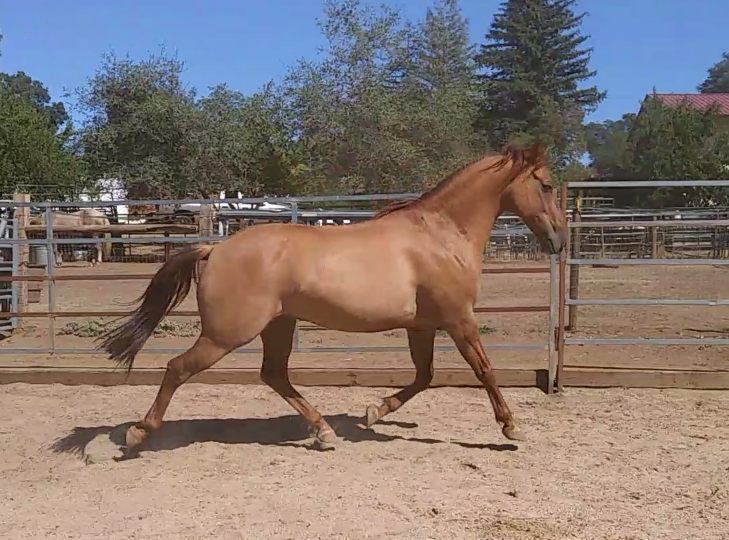 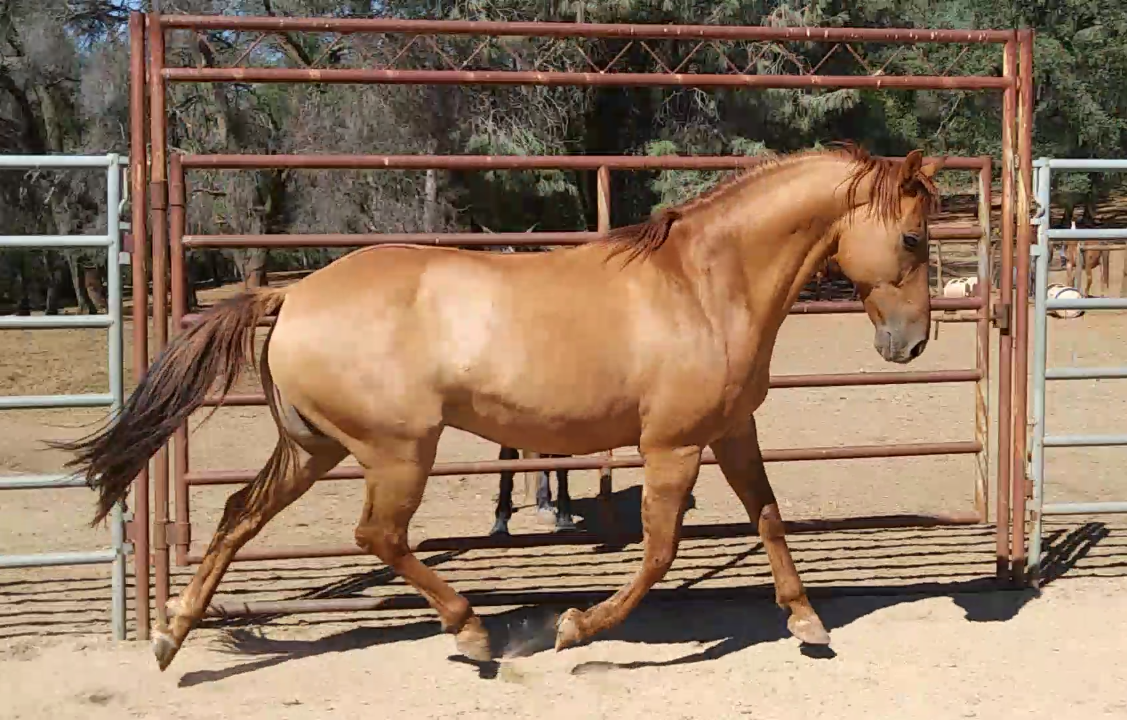 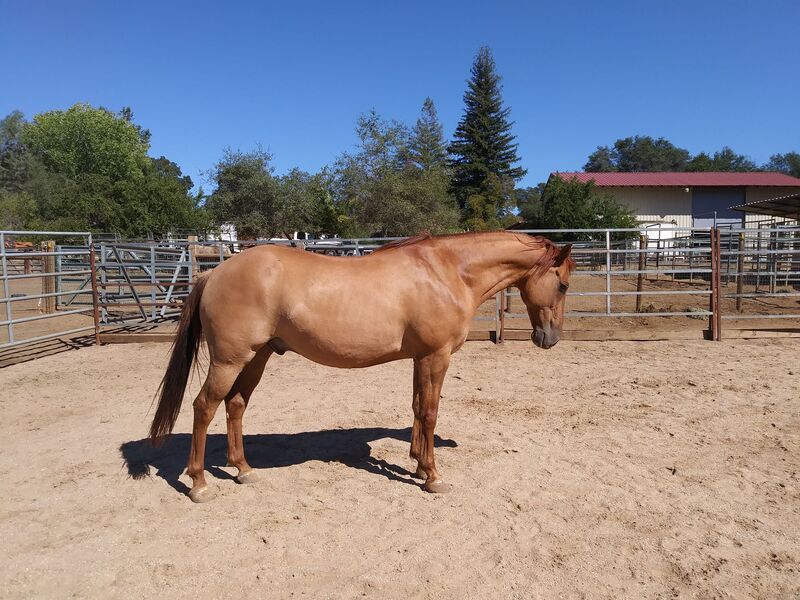 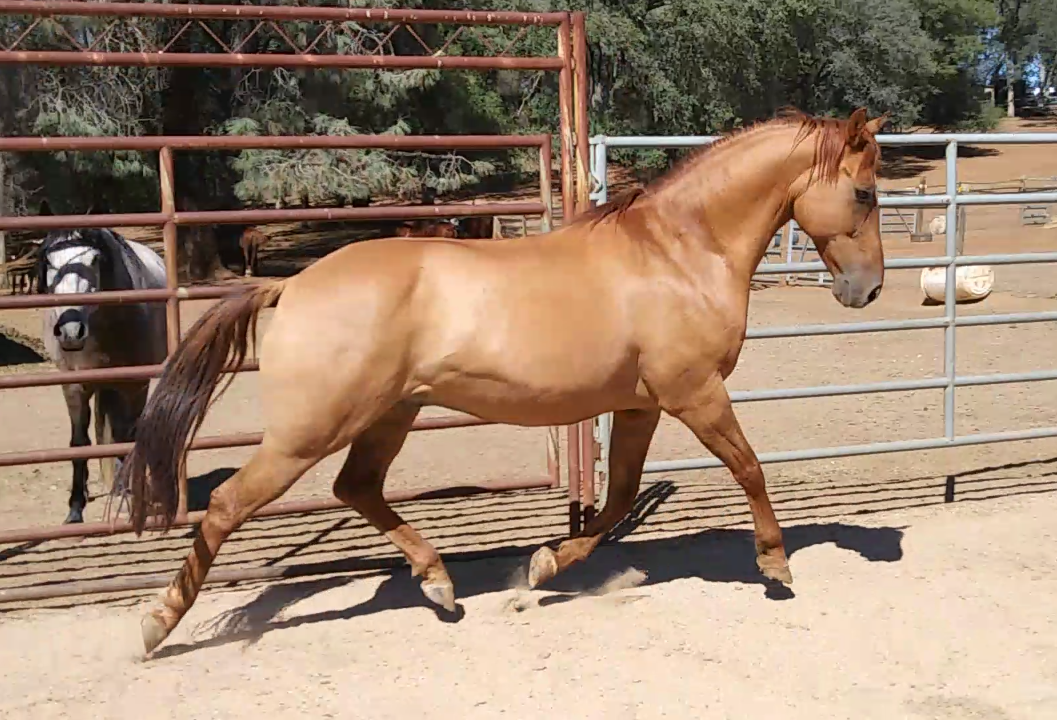 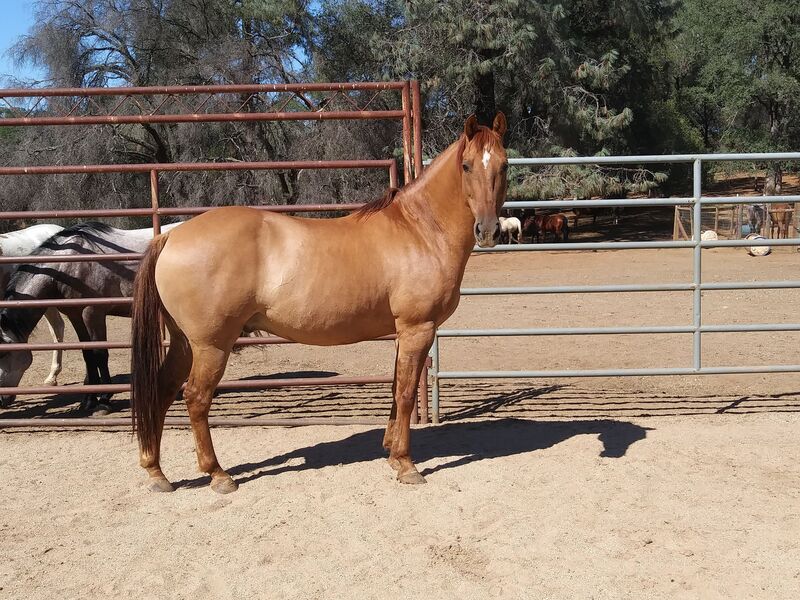 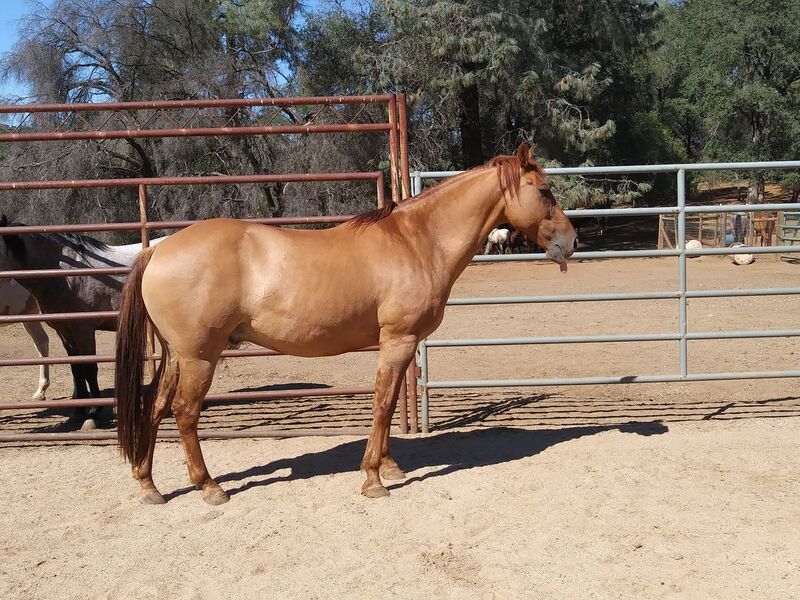 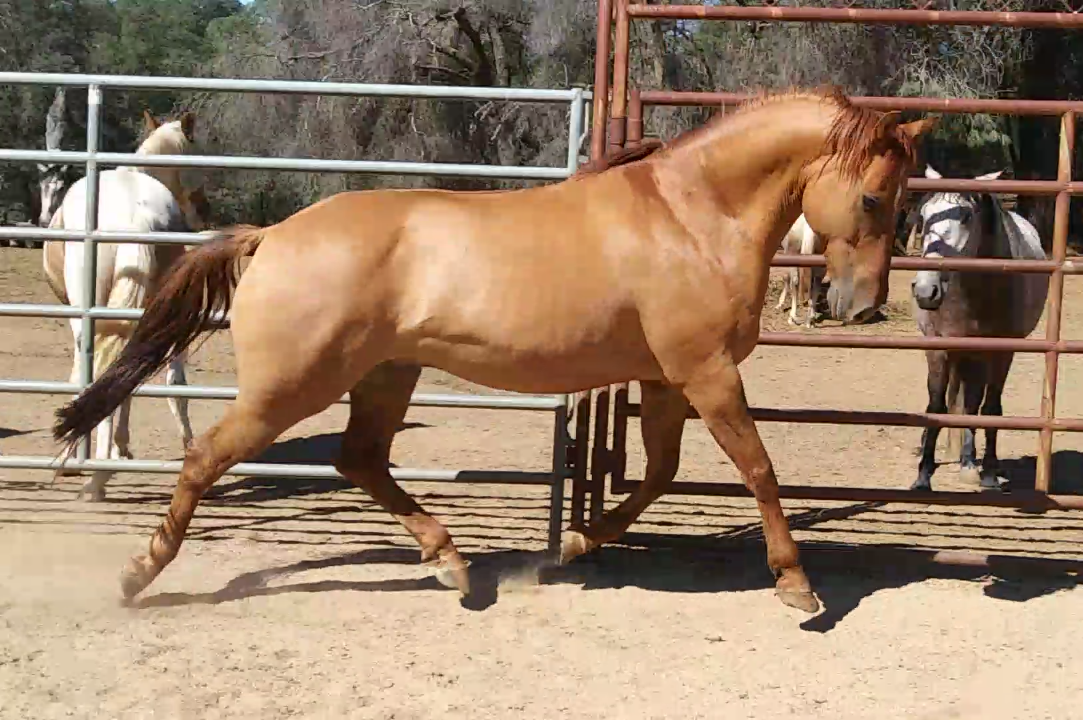 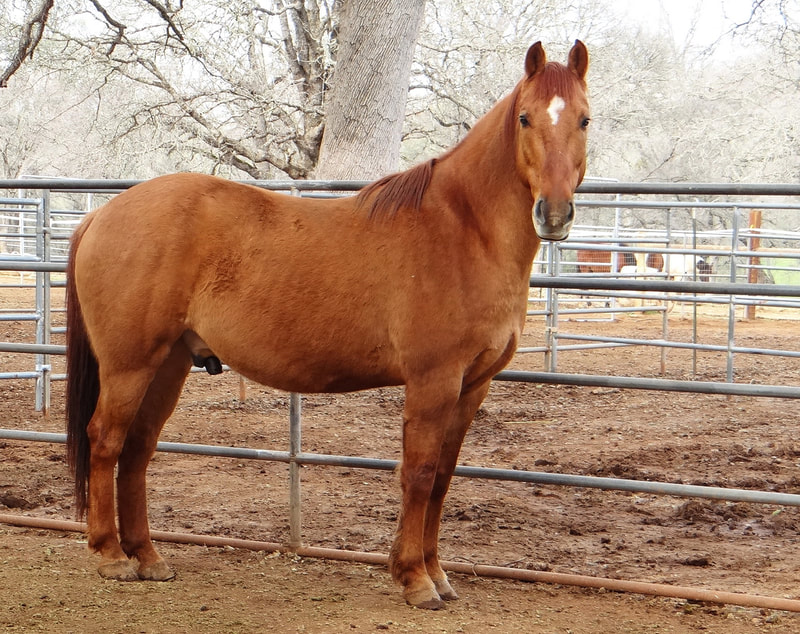 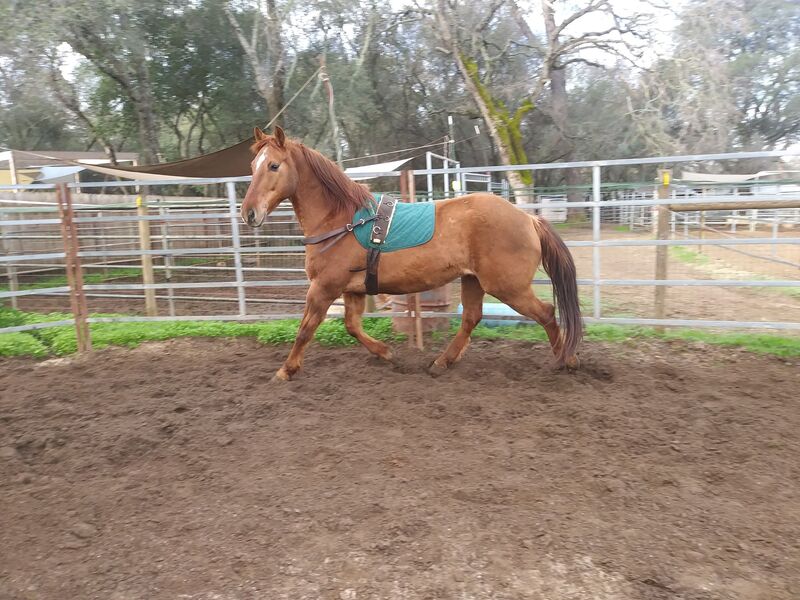 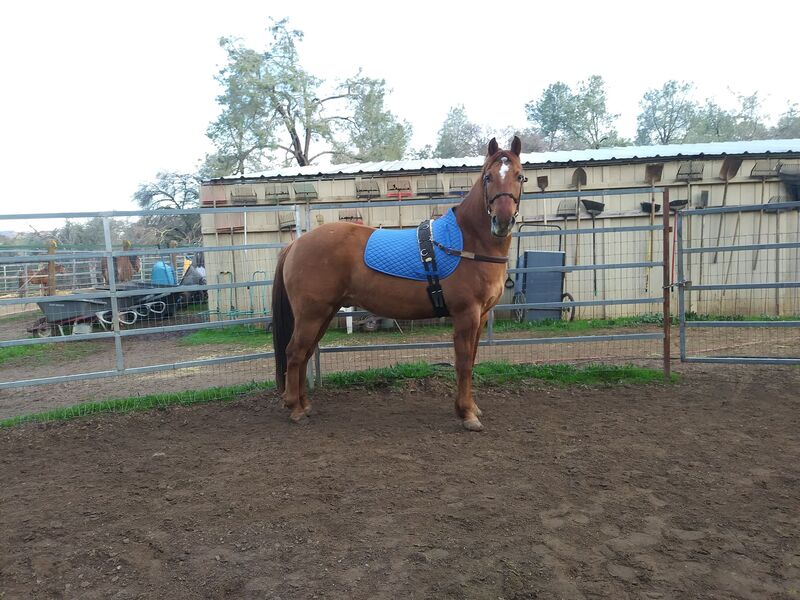 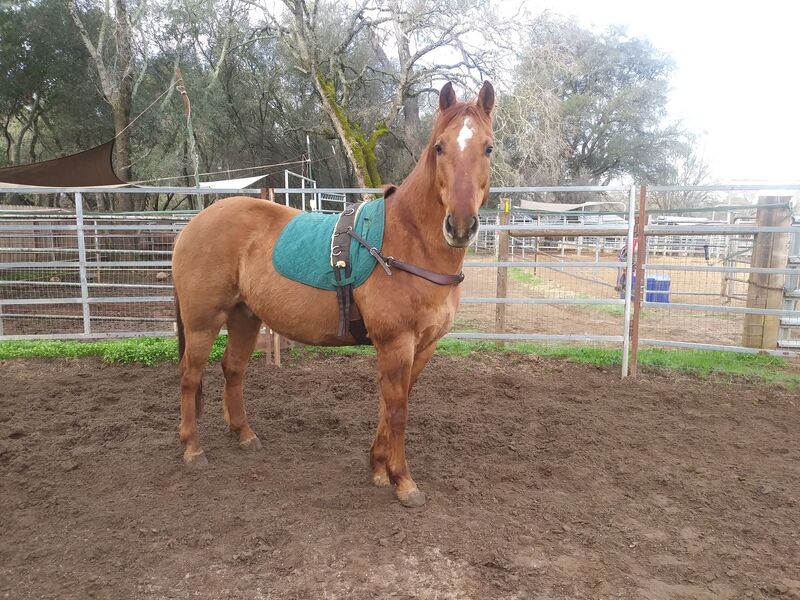 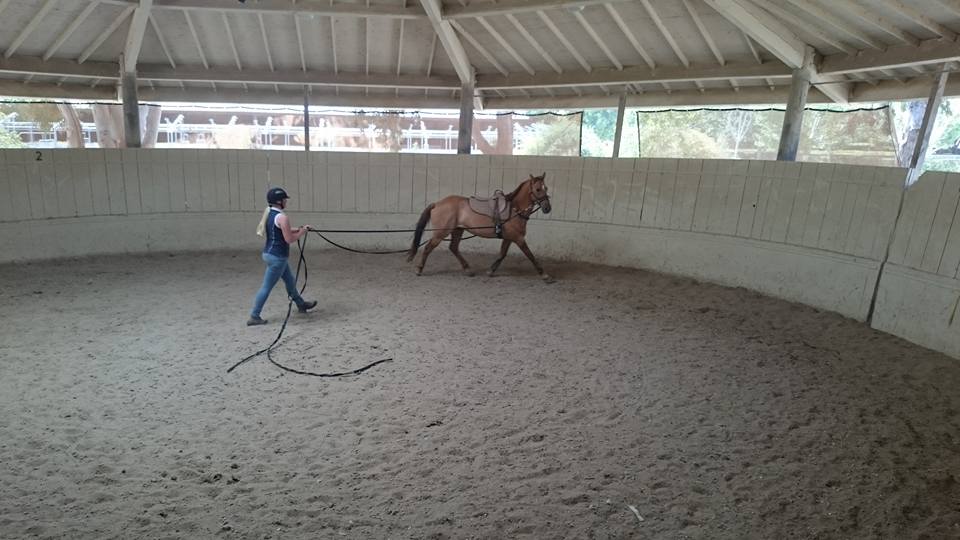 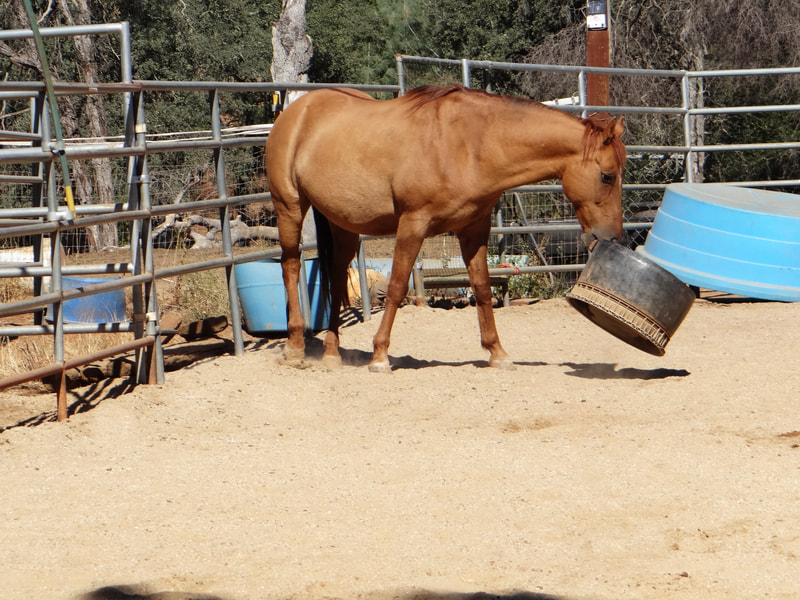 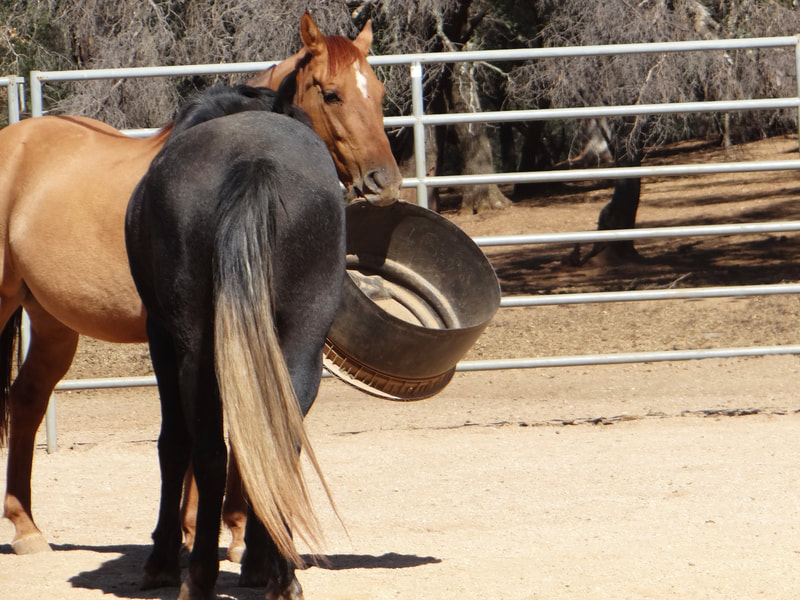 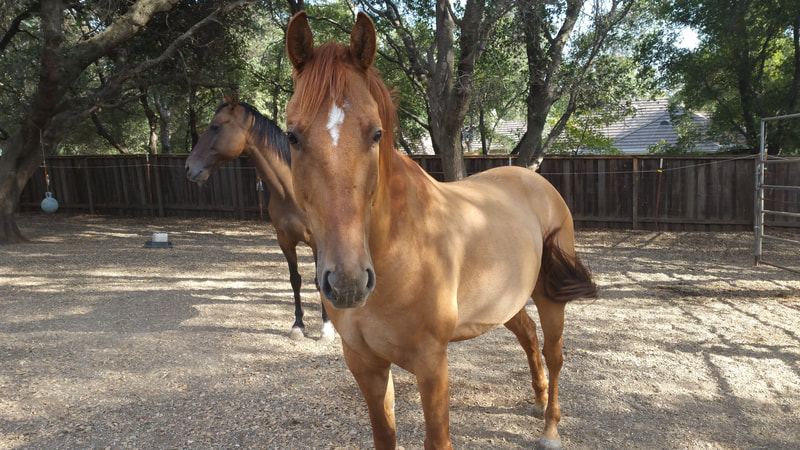