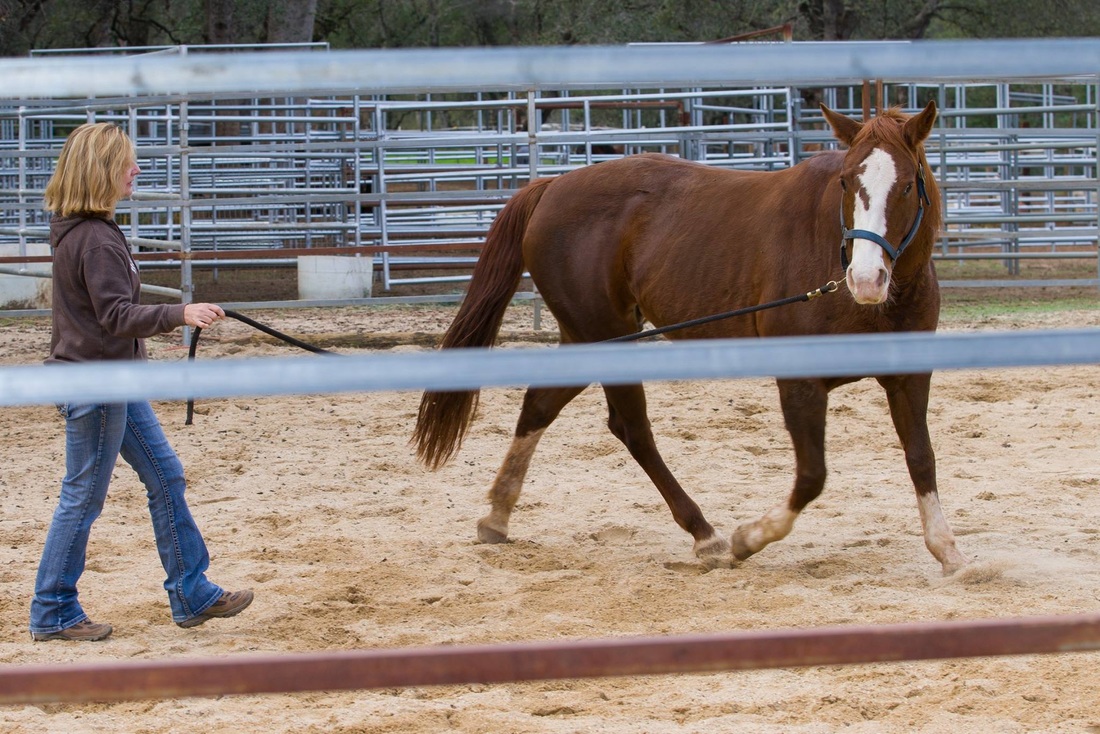 Roxie was part of a collaborative rescue effort in Fallon, NV that saved more than 30 horses from purchase by a slaughter buyer.  Roxie arrived at AAE on March 25, 2014.  She appeared to be minimally handled or unhandled, and in foal, but one of few auction/feedlot rescues that appeared in good health.  She delivered her foal, Dylan (adopted), on April 8, 2014.

Roxie spent some time at the Monty Roberts International Learning Center in early 2015 as a student project where she received a couple weeks of handling, desensitizing, and socializing.  Back at AAE, in Spring 2015, two advanced students from MRILC spent nearly two weeks at AAE, and continued Roxie's socialization and training, introducing her to long-lining, bit and bridle, and a saddle (no rider).  Roxie did quite well, and is ready to continue her learning.  Roxie is a beautiful, stocky mare with lots of promise.  She is still working on socialization and trust of her human friends, but she has come a long way!  She is a curious and willing mare that needs an experienced and gentle/quiet handler to take her to the next level.

Roxie is current with vaccines, deworming, and hoof and dental care. 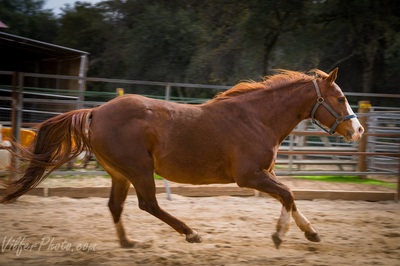 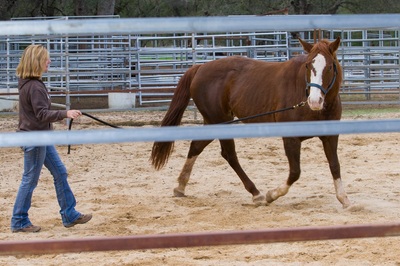 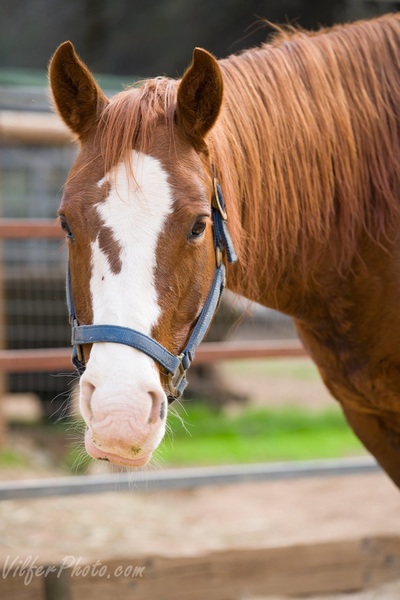 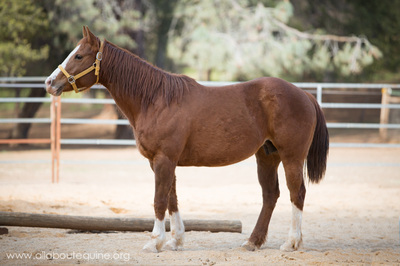 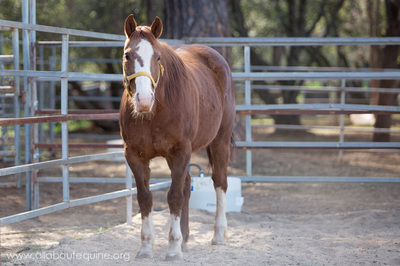 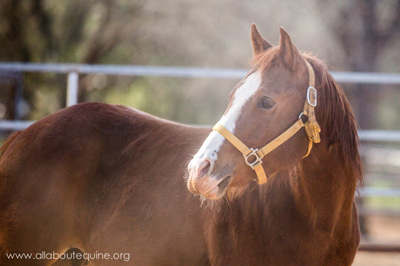 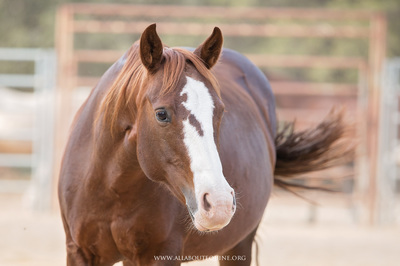