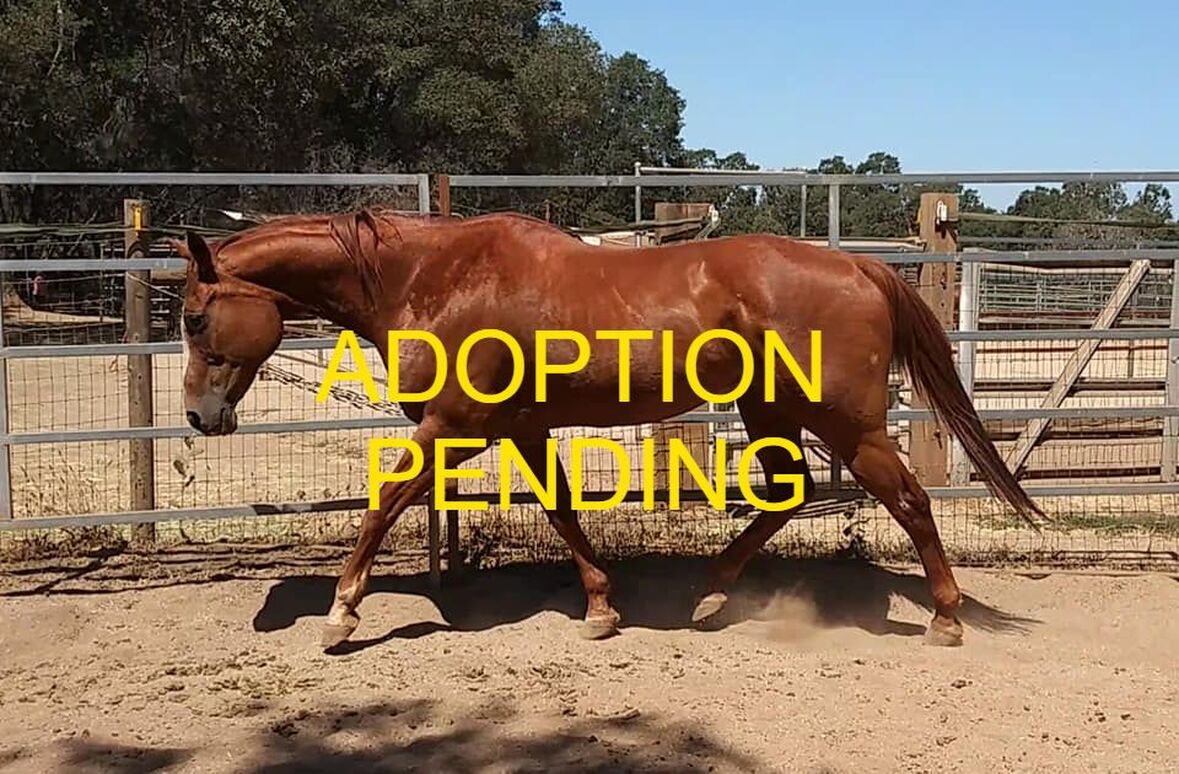 Rudy came to AAE with two of his buddies in mid-January 2018 from a neglect situation.  He weighed only about 875 pounds.  He was also covered with ticks, with hundreds removed during his first week here. Rudy was started on a slow refeeding program consistent with UC Davis' protocol for rehabilitating starved horses.  His teeth had also been neglected, but he was given time to stabilize and gain a bit of weight.
.
​Though emaciated and starving, Rudy is a kind guy, but his focus is on his next feeding.  He seems to enjoy attention, but he is indifferent at times, especially if there's food in his proximity.

So far, Rudy has also been very easy to handle, he is very patient with handling his hooves, and he enjoys grooming and attention.
He had much needed dental work, and his hooves were trimmed, but in very poor condition.  He was also dewormed, and his vaccines were updated.  Rudy's heels were contracted with very deep and severely infected heal cracks.  Rudy had bloodwork done at intake, and he tested negative for tick fever. (He was tested proactively due to the volume of ticks, not due to illness or symptoms).

Update:   Rudy gained about 275 pounds, and he is doing very well.  He was started on daily Equioxx, and it helped tremendously!  His hooves have improved significantly, and he is moving very well for a mid-twenties guy.  Rudy has been lightly restarted under saddle, and he has been ridden at the walk, trot, and briefly at canter.  He had not been ridden in quite some time, so we will start gently reconditioning him for a light riding home.  So far, it seems he would be the perfect weekend horse for someone just wanting to mosey around on. He has a very smooth trot, and is easy to saddle and bridle. Rudy has not been off the property, and he does best in familiar surroundings (e.g. in the arena and round pen).  When taken out, around the property, his confidence is subdued.  We were told he was previously a barrel horse. but
Rudy is quiet and easy to handle on the ground, and will be a lovely companion for someone.  Rudy does bond tightly with mares, and he can be possessive of his "buddy" in a pasture/herd environment.  He can be taken away from his buddy without issue, but gets separation anxiety when his buddy is taken away from him.  The ideal home will be able to manage a buddy system whether it be separate housing areas, the knowledge/skills to help with separation anxiety, and/or other geldings, or creative thinking.  Currently, he is housed in his own paddock next to geldings, and he does very well.

Rudy is up to date with vaccines, deworming, and hoof and dental care, and he has a microchip in place.
Sponsor rudy 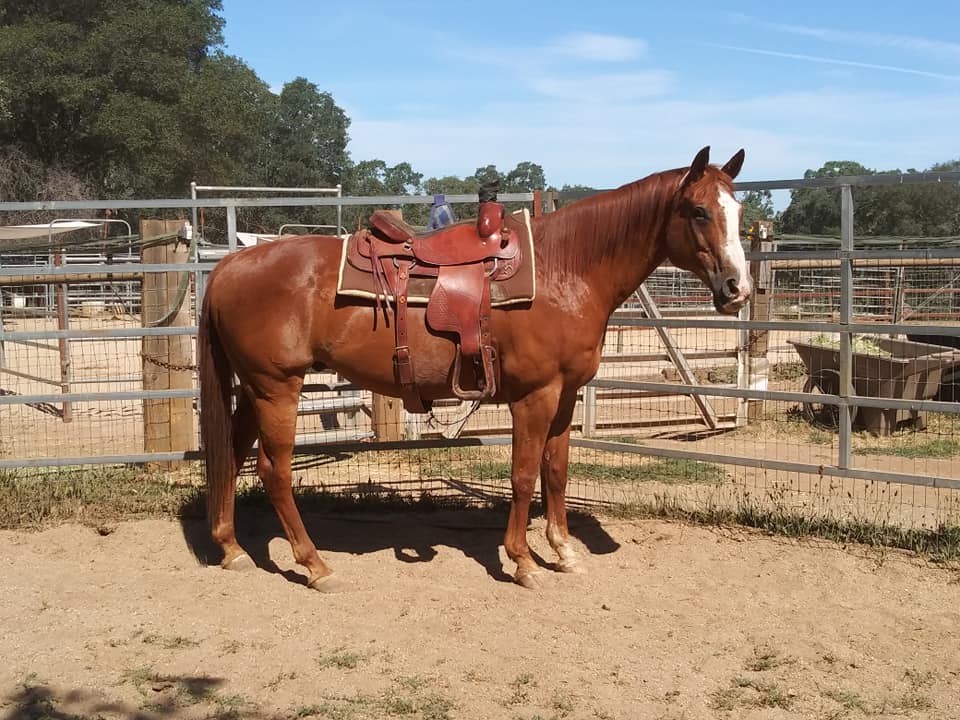 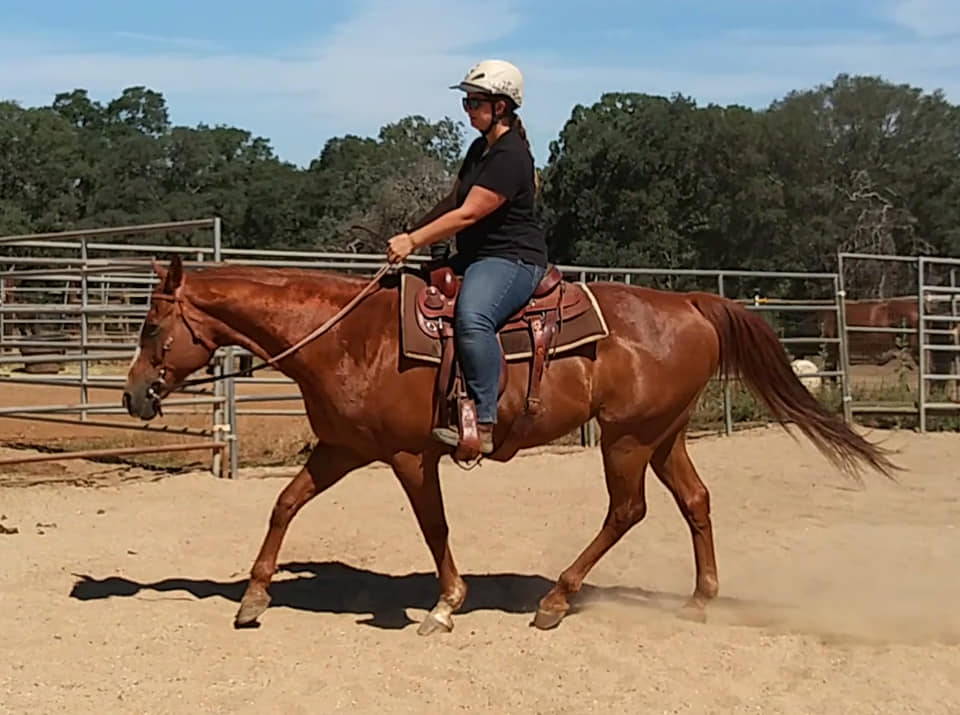 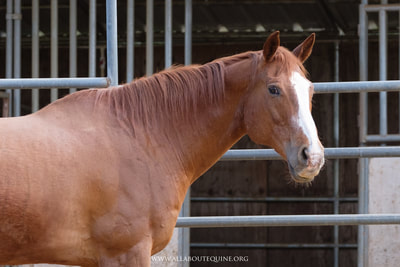 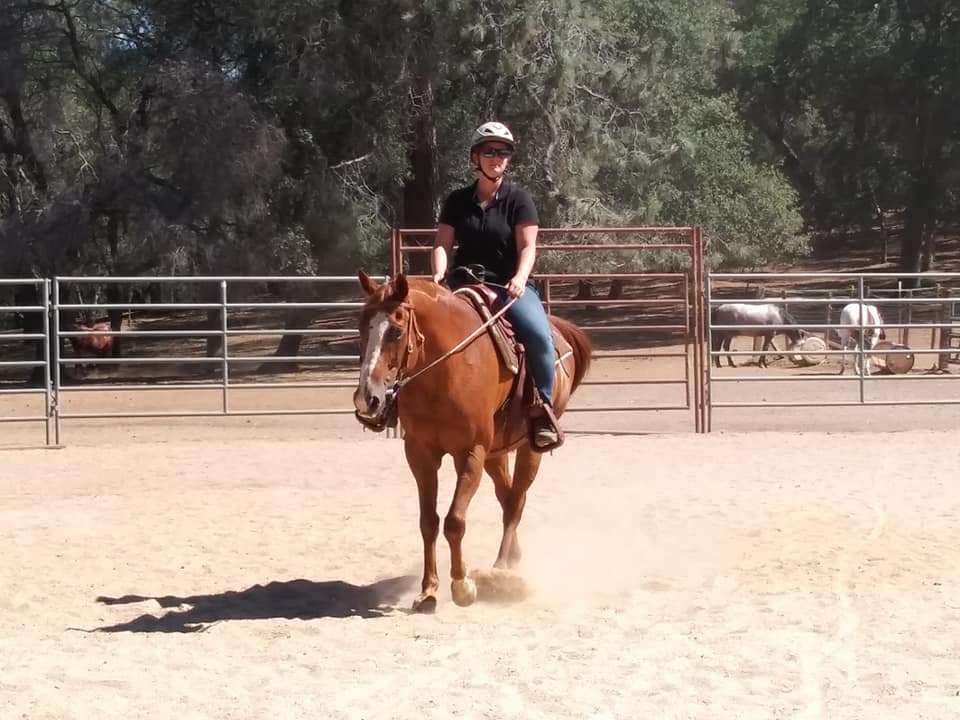 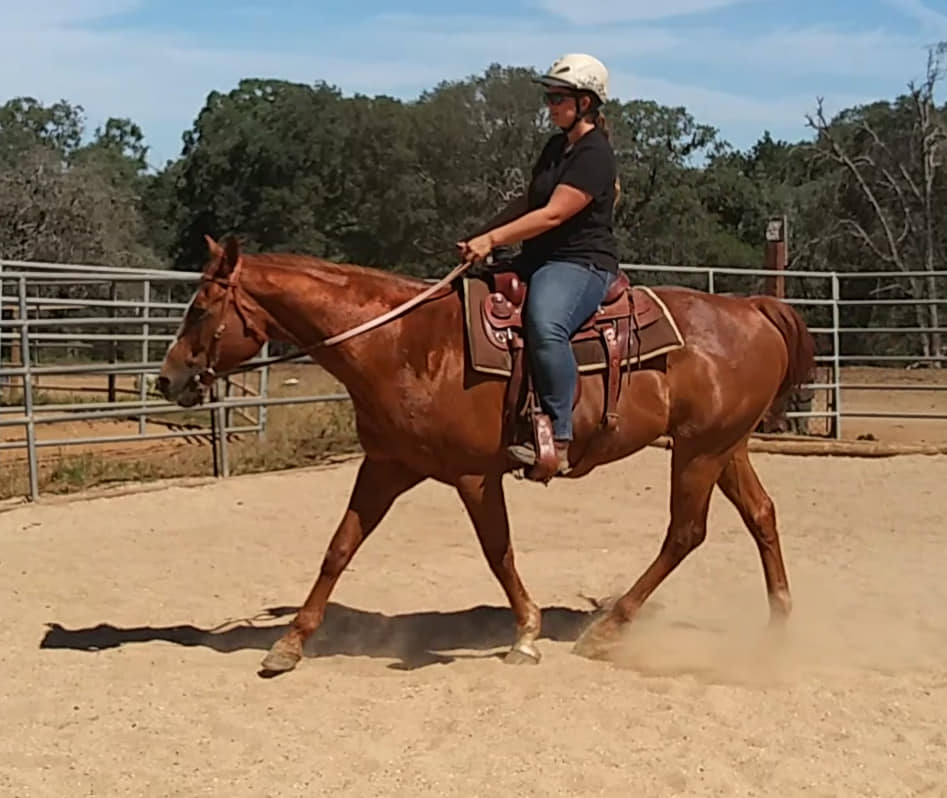 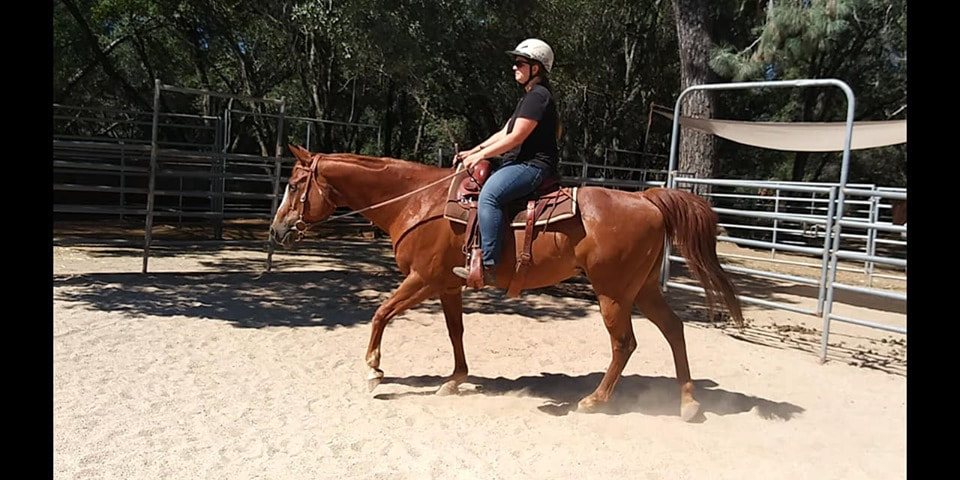 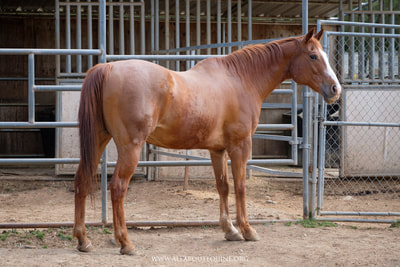 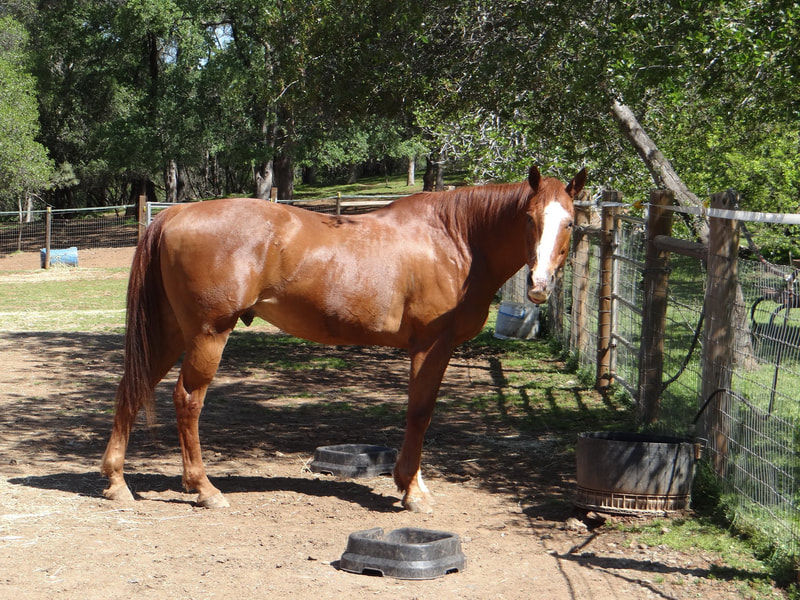 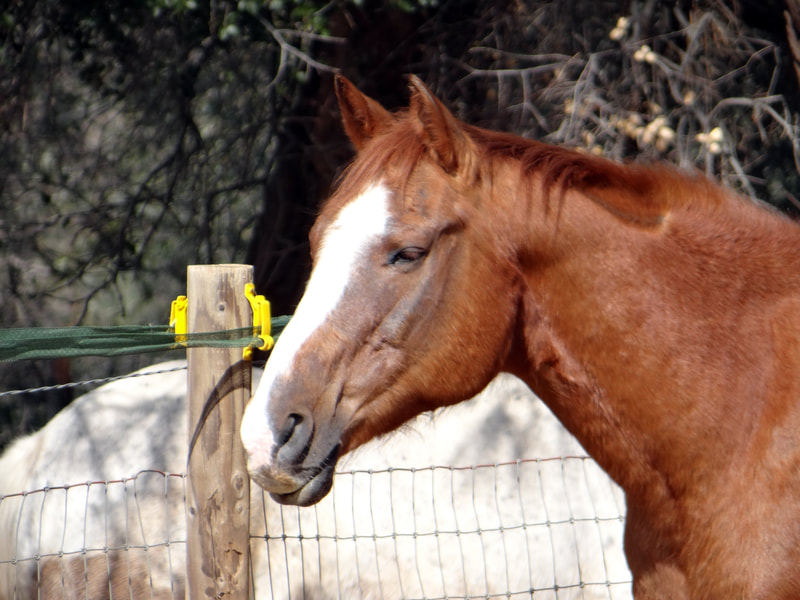 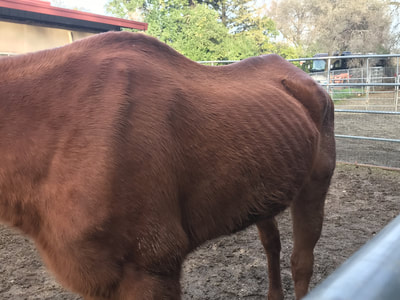 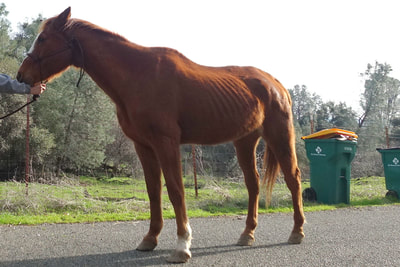 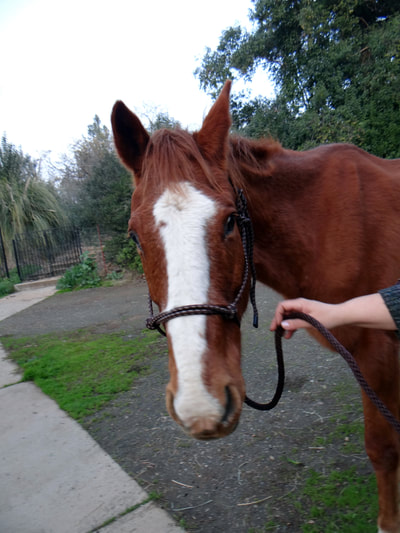 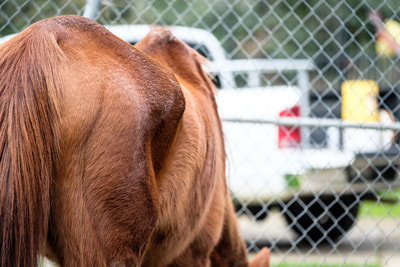 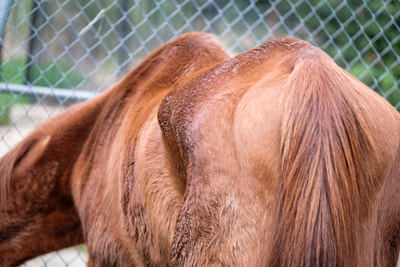 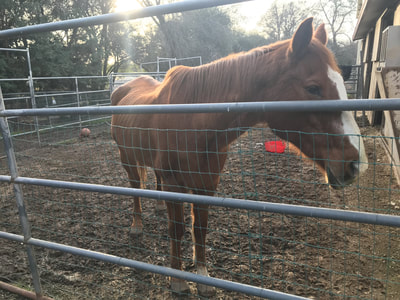 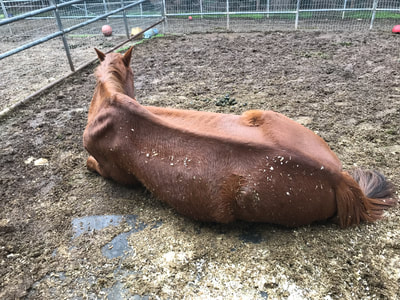 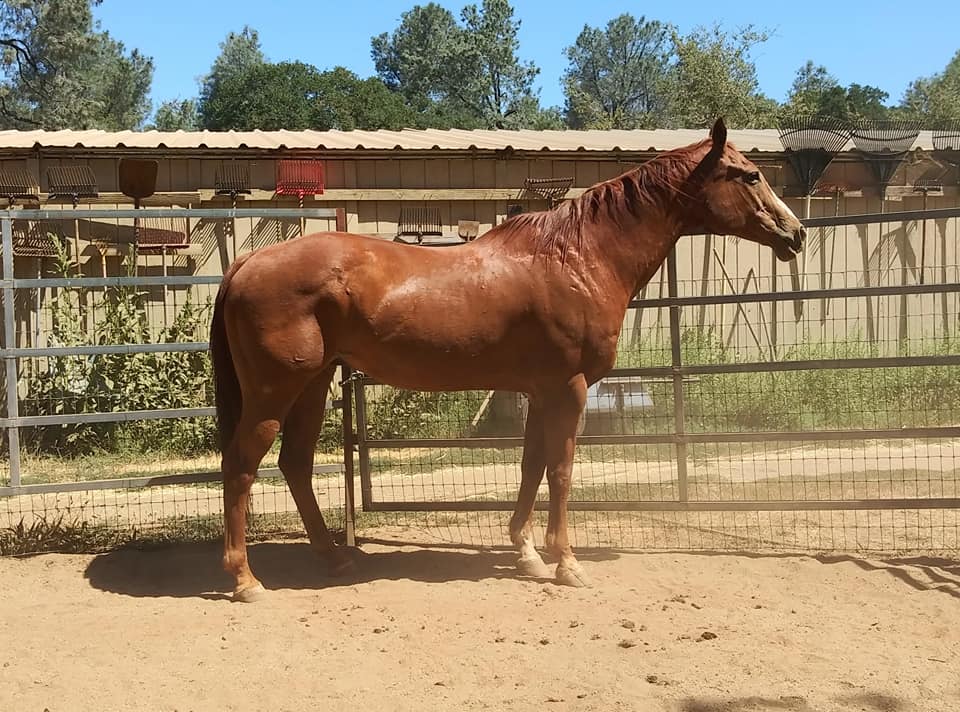 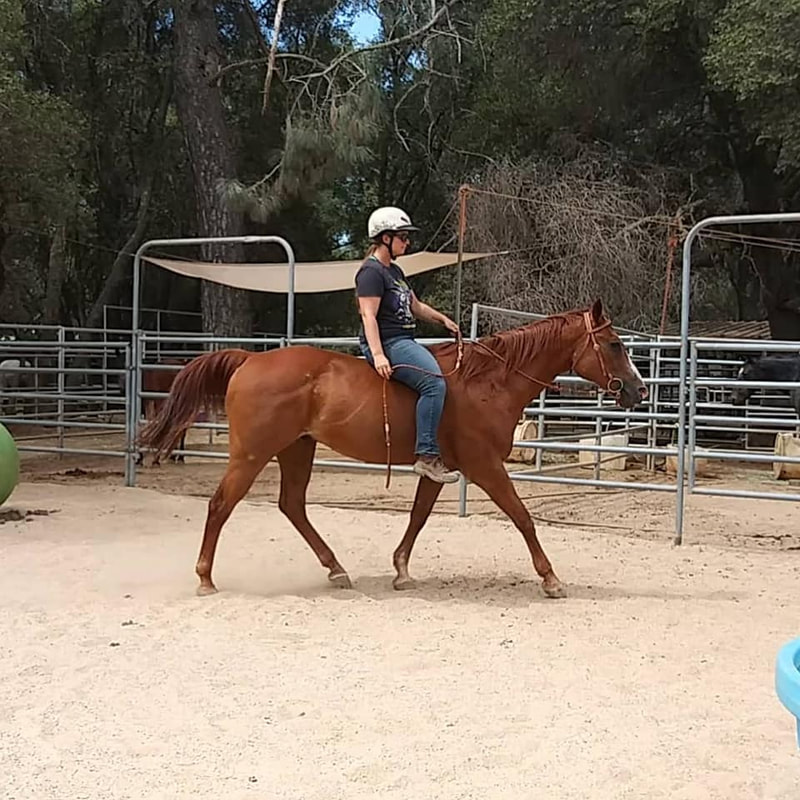 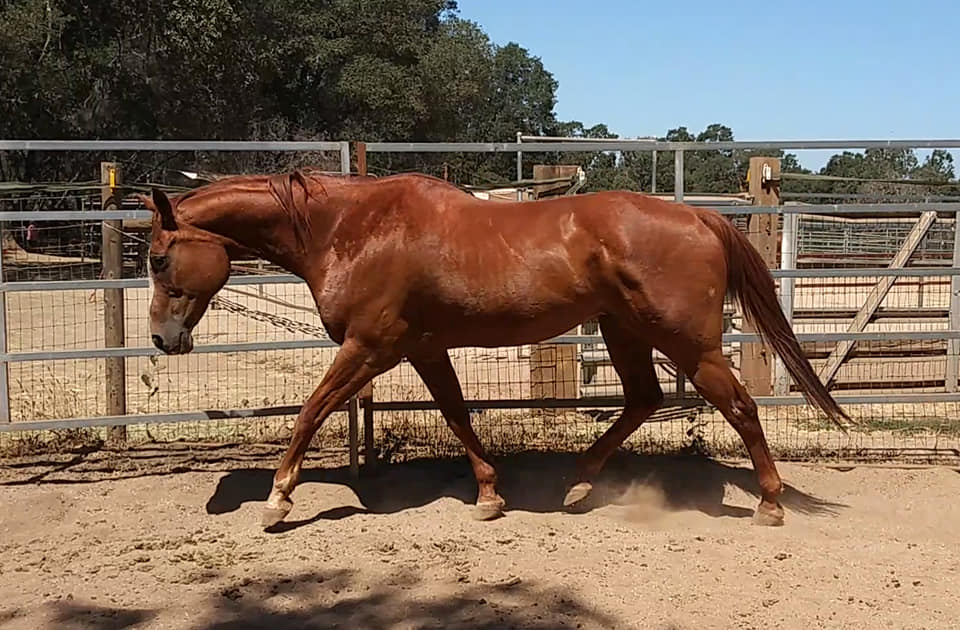