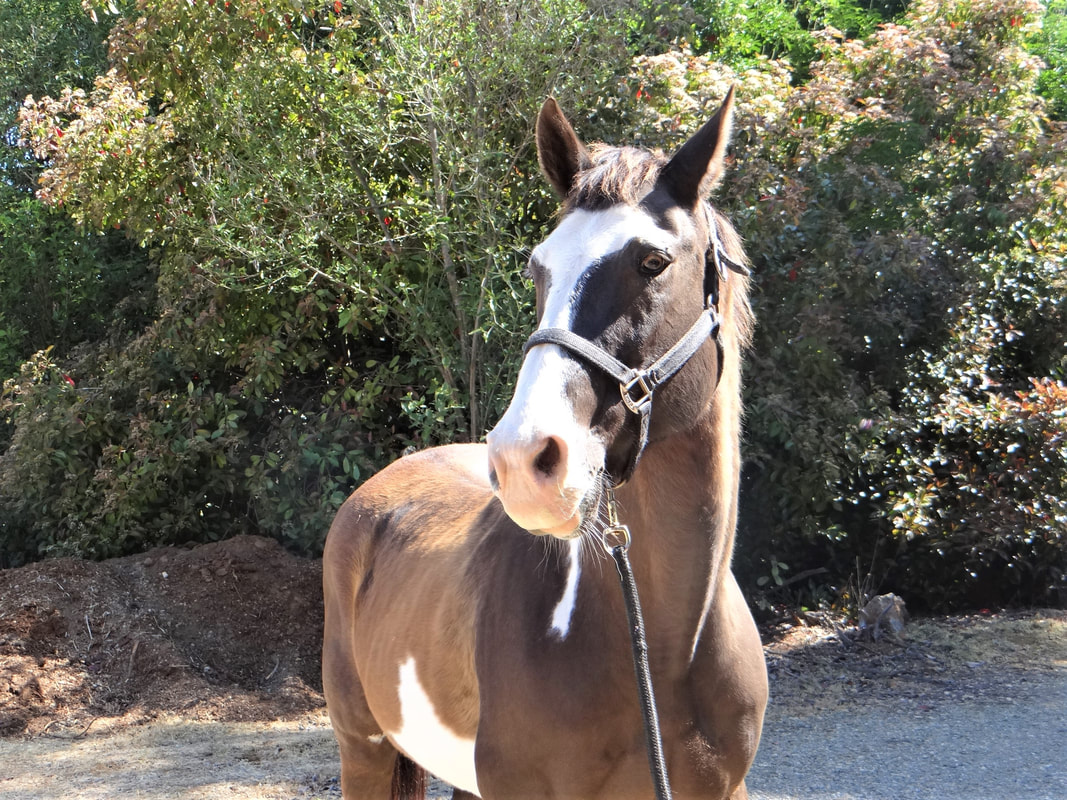 AAE welcomed Ryder in April 2021 from a young couple that rescued him from a neglectful situation.  They said he was very thin, his hooves were long, and he sat alone in a pasture.  He wasn't very social, and I probably wouldn't be either.  The young man had known Ryder in younger years, and he talked the owner into giving him to them.  They were able to put weight on him, get hooves trimmed, and build trust, but Ryder had some issues they were unable to resolve.  They realized he wasn't going to be a riding horse, and they didn't have finances to pursue further.  He was lame in front and hind, and they believed he'd foundered.

First, when we picked-up Ryder's and got him to AAE, his hoof and dental care were updated, and he got vaccines, deworming, and a microchip.  Radiographs of front hooves and hocks provided much information.  He has advanced ringbone in his front left, and his pastern joint has nearly fused.  His front right is clubbed, and both hooves had thin soles.  Fortunately, he did not have any obvious founder/coffin bone rotation, thankfully.

Ryder is a very friendly guy, and he very much enjoys the company of two-leggers. He loves to be groomed and doted on. He'll always stand quietly for more. He had some lameness issues when he arrived.  He was put in shoes to help with thin soles, and he was started on daily Equioxx to help with arthritis.  After several trim cycles, his hooves and comfort improved tremendously, and he's been out of shoes most of the time.  Last summer (2021), he was sensitive on the hard ground, and he was in shoes for two trim cycles.  Once removed, he's been pretty comfortable since.  He had a short bout of discomfort this summer, and we almost put shoes on him, but it was short-lived and not needed.

Ryder is generally a lower guy in the herd, no drama kinda guy, and we haven't seen any behavior issues in our herd. That said, he has a history of starvation, which we believe reared a little new behavior.  He went out on a short-lived adoption. It failed because he got food aggressive with other horses in a small herd (four horses) boarding situation.  That said, the situation wasn't entirely right to begin with, but we hoped for the best for his sake with an opportunity for his own person to shower him with love. Needless to say, we were contacted within 24 hours to say it wasn't working.  That said, there was no housing to separate Ryder from the other horses.  He was put into the small herd in a less than ideal space, and it seems he felt he needed to protect/dominate the feed. Back at AAE, we haven't seen the issue.

Future adopters, please have adequate housing space that allows a new horse its own space, ideally adjacent to the other horse(s) he/she will be living with.  A gradual introduction is almost always the best way to transition a new horse to another horse or herd.  Ryder is not a mean guy, he's not a dominant guy, but he was basically starved at one point, and so this is not unexpected behavior.  One thing Ryder is not fond of is oral meds.  He's pretty good with the farrier, but if there are a lot of distractions, he gets nervous.  With his arthritis, he needs a farrier that doesn't yank away at his joints.  He's not bad, but just simple consideration with him goes a long way.  The ideal home for Ryder is as a non-riding companion for another horse(s), and or a non-riding companion for a person.  He should have at least one other horse, and he could do well in a home housing option or a boarding facility, assuming he would have his own housing area for a slow transition/introduction to other horses). He does need a daily Equioxx pill (we give in a carrot pocket and he does not refuse). He also does best with a six week trim cycle with consideration to front shoes on hard, dry or rocky ground.

In general, there is a lot of activity around AAE including foot traffic in and out of paddock/pasture areas, mucking with wheelbarrows, grooming and care activities, weekly farrier visits.  There are resident dogs, cats, pigs, cows, and mini horses, as well as various wildlife including frequent turkeys, squirrels, deer, and coyote in and around paddock/pasture areas.  AAE is situated on the corner of a busy road with high speed vehicles, trucks, and sirens.  Tractors are used in and around pasture/paddock areas, trucks deliver feed, and a squeeze is occasionally used for unloading hay. Horses at AAE are accustomed to a more active environment as opposed to a quiet/sterile environment.
Sponsor Ryder 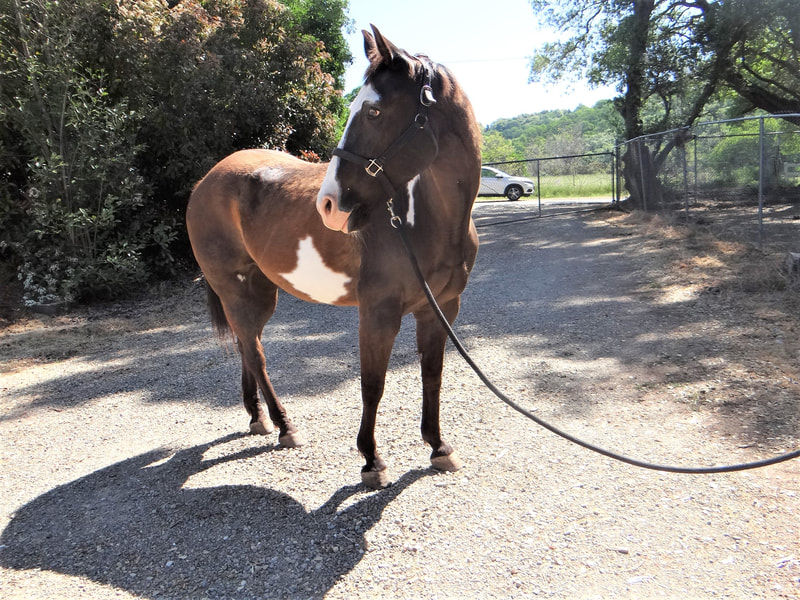 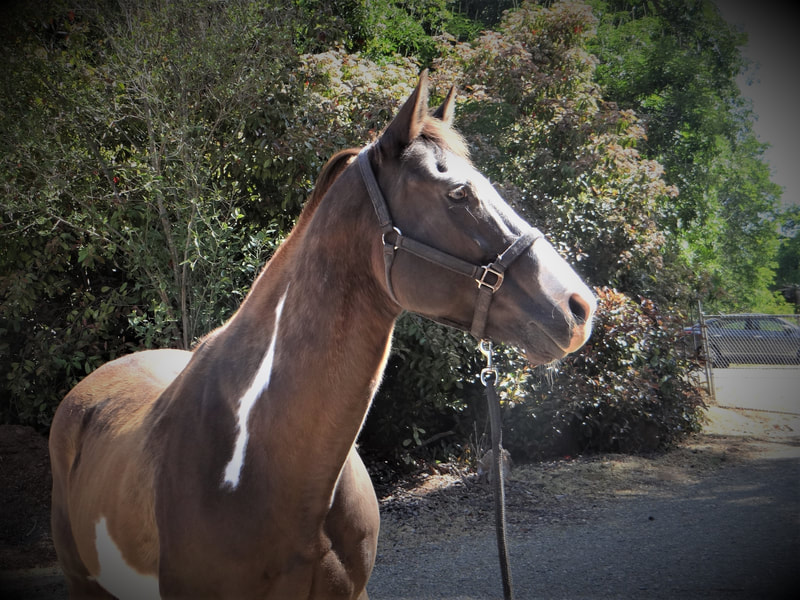 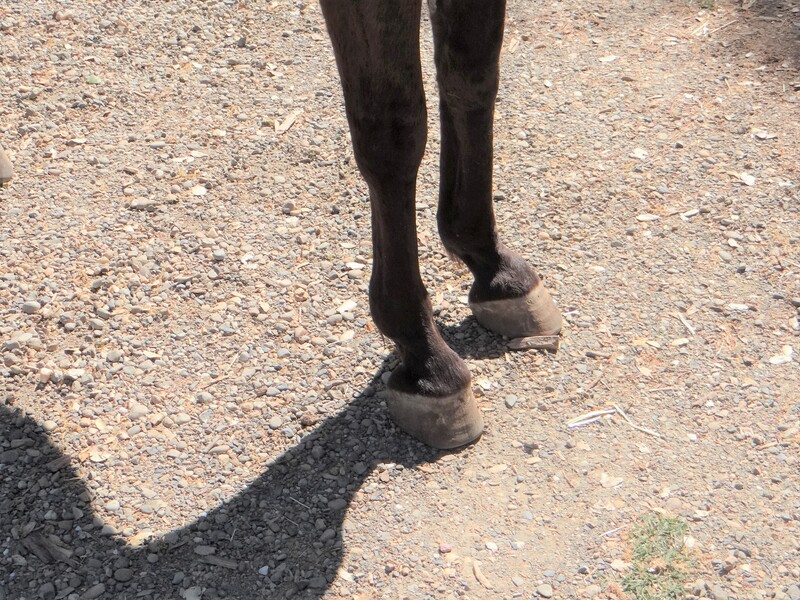