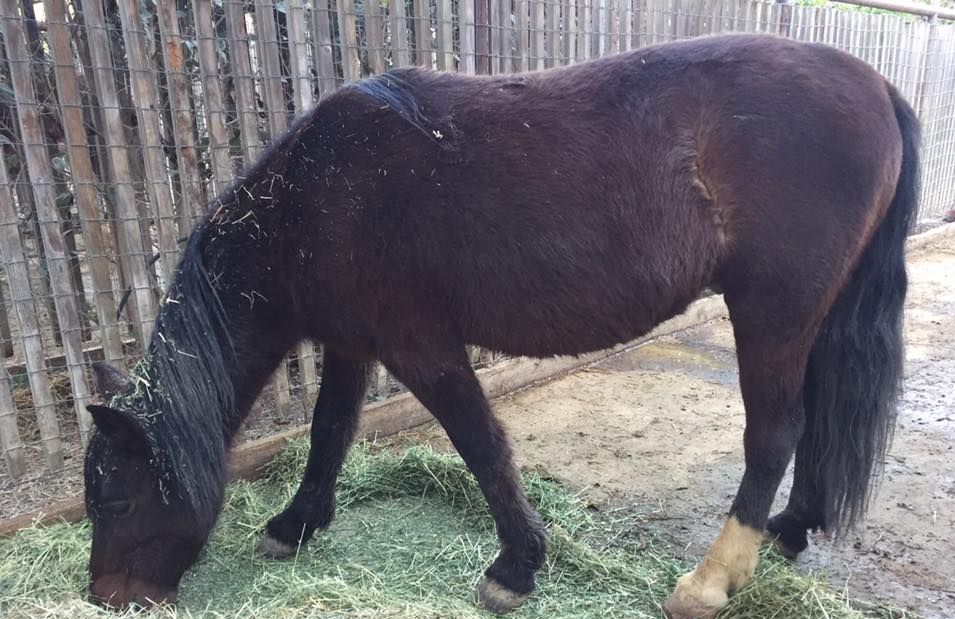 Scout came to AAE from the USFS in New Mexico after participation in a wild horse gentling program at the Monty Roberts International Learning Center.  Scout is super sweet, gentle, kind and willing.  He loves grooming and attention and will follow you around after grooming and attention.  He's quiet and uncomplicated.  He halters, leads, stands for grooming and hoof care.  He's still learning to trust the farrier and all the equipment, noise and activity, but he tries hard and is making good progress.  He will make a very nice project for a committed partner willing to continue developing his trust and confidence in humans.

Scout was part of a group gathered off the Jarita Mesa Wild Horse Territory in the El Rito Ranger District of the Carson National Forest.  After branding day in El Rito NM on June 30, 2016, they were available for adoption in El Rito for  21 days, (7/1/2016 to 7/21/2016).  Then they were moved to Bloomfield NM and were available for adoption there for 28 days, (7/22/2016 to 8/18/2016) where several were adopted.  A small group was transported to Flag is Up Farm in Solvang CA, where they went through a wild horse gentling program with students participating at the Monty Roberts International Learning Center.  They were available for adoption for 75 days, (8/19/2016 to 11/1/2016) and two more were adopted.  After November 1, 2016, the USFS decided a good faith effort had been made (three strikes), and the horses were offered for sale ($25) without limitation.

Scout was recently gelded and current with vaccines, deworming, and hoof and dental care.