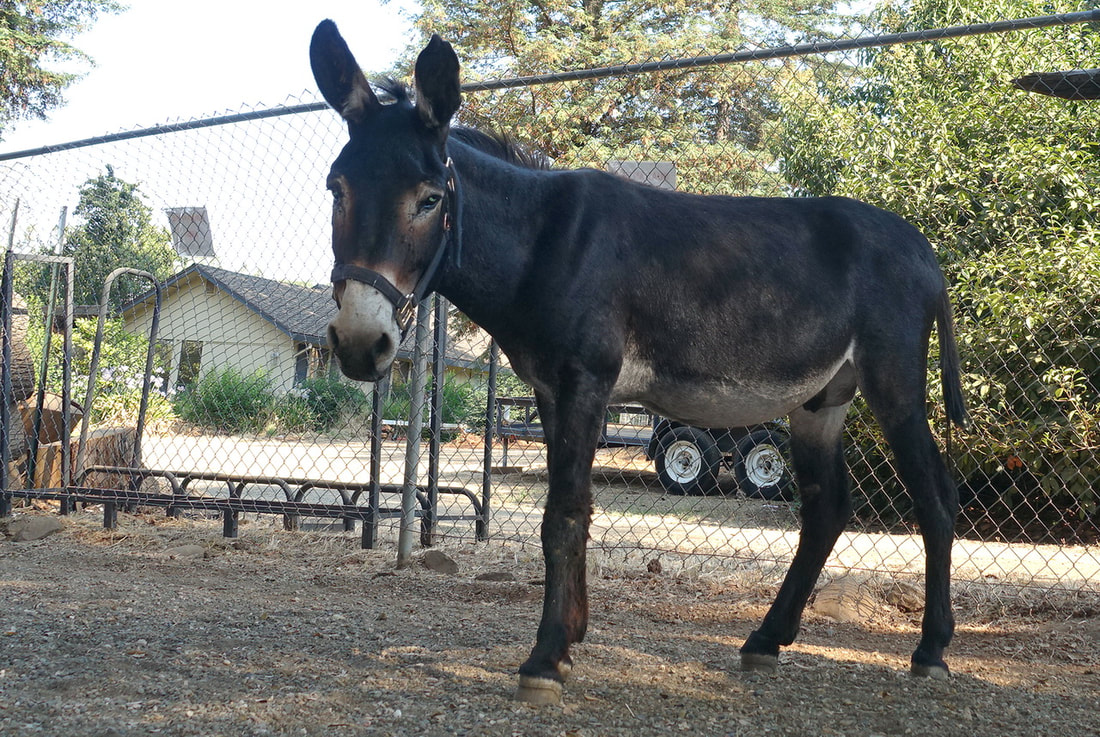 Height:  11.0 hh (est)
DOB:  18 (est)
Sex:  Gelding
Color/Breed:  Dark Brown/Burro
Adoption Fee:  $450
Category:  Ready for Training
AAE welcomed three burros from the DreamCatcher Wild Horse and Burro Sanctuary in August 2017 to support DreamCatcher's recovery and herd reduction efforts (focused on rehoming young/captive born mustangs and several burros).  DreamCatcher is in a recovery period after the long illness and passing of their Executive Director, Barbara Clarke in November of 2016.  There are many more young mustangs and a few burros in need of homes.

Burro #032 was feral and introduced to humans at DreamCatcher before making his journey to AAE.  He was gelded in May of 2017.  He is a bit shy, but slowly accepting humans with leading and grooming.  His hooves are a work in progress and will need consistent handling to become comfortable with the farrier.  His hooves were in relatively good condition when he arrived at AAE.  His teeth and hooves were done 9/1/17, and he is current with vaccines and worming.  ​ 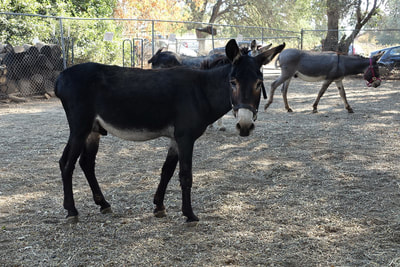 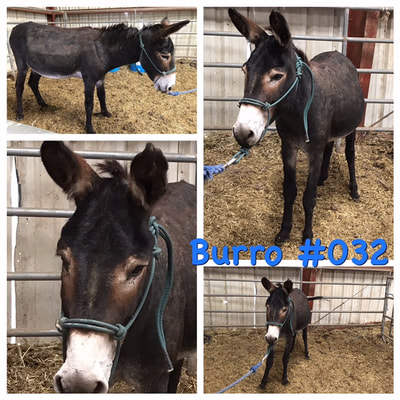