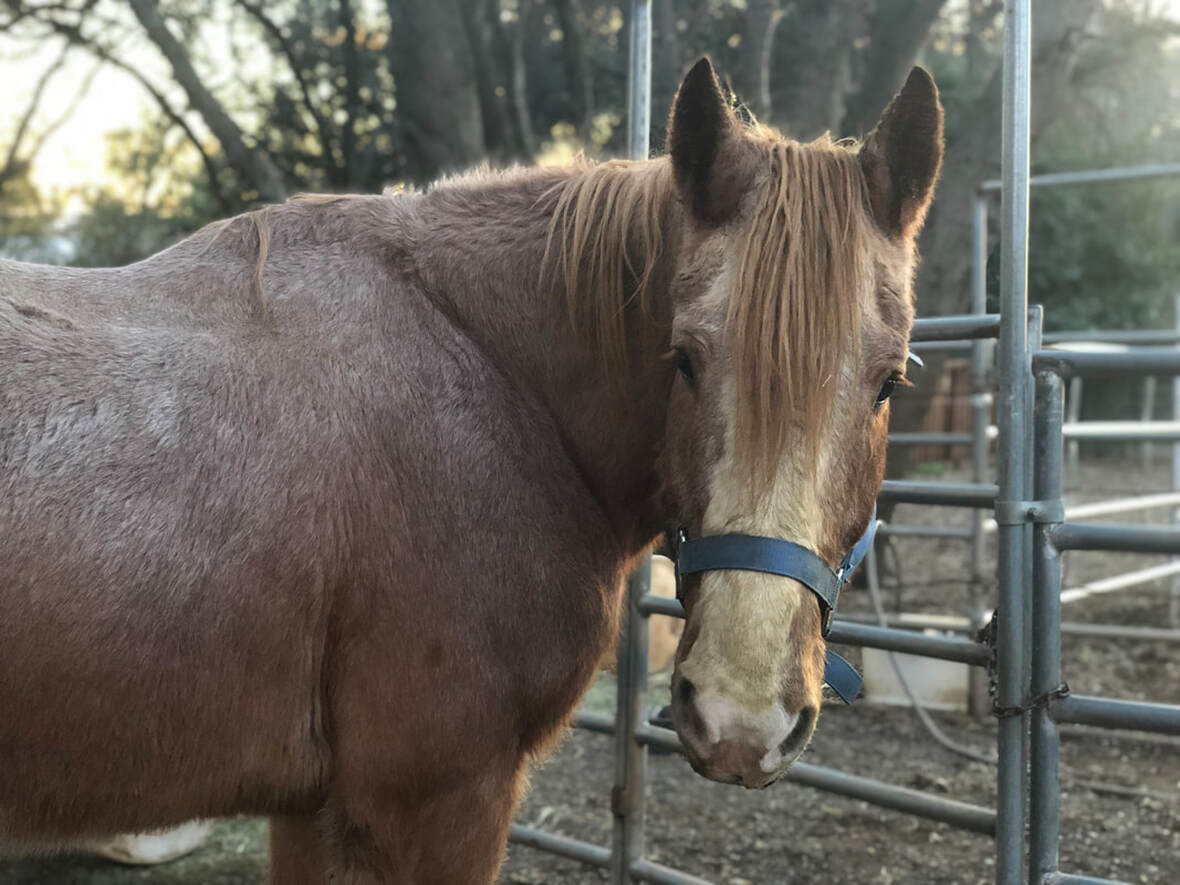 Barney came to AAE in January 2019 from a family distress situation.  He was underweight (weighing in at about 1300 pounds at intake), and he had some health issues.  He'd been experiencing chronic diarrhea since a bout with sand colic in the fall.  He also had some respiratory issues. We were told he was originally trained as a driving horse and part of a team, and when that didn't work out, he was rehomed.  Apparently, the goal was to make this big guy a trail horse, but he had a significant kicking issue when he would get under too much pressure, and he was labeled unsafe with a recommendation of keeping him as a companion animal/pasture pet.

Barney is a big, handsome, and kind ol' soul!  He loves to be loved on, groomed, and simply given attention.  So far, he's been nothing but a gentle guy, but he attaches to his neighbor horses and gets separation anxiety when one is taken out/led away.  Because of his kicking history, he's handled with caution.  No one takes his size and strength for granted.  Barney shares one fenceline with Zena, a senior Percheron who recently lost her Clydesdale buddy.  Barney and Zena will soon be introduced to a common paddock, and if they get along well, Barney will remain as a sanctuary companion with Zena.

Barney is current with vaccines, deworming, hoof and dental care, and he has a microchip in place.
Sponsor barney 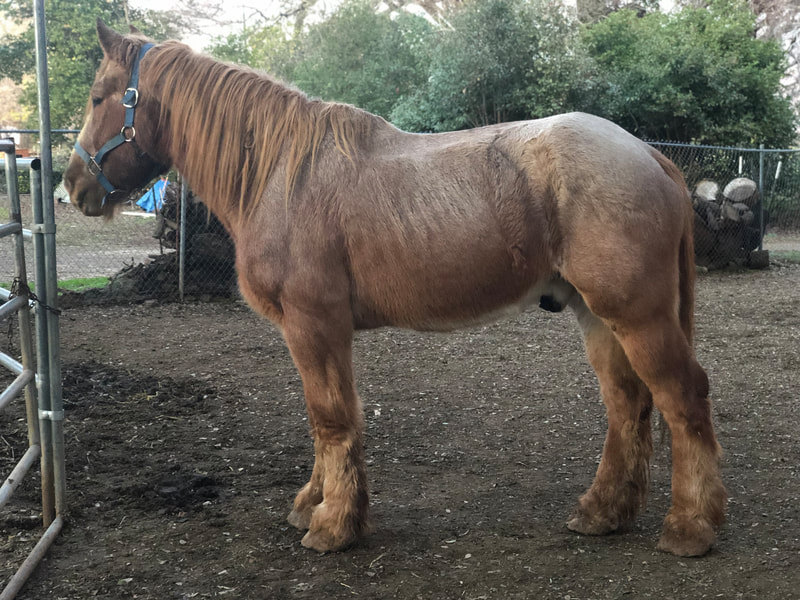 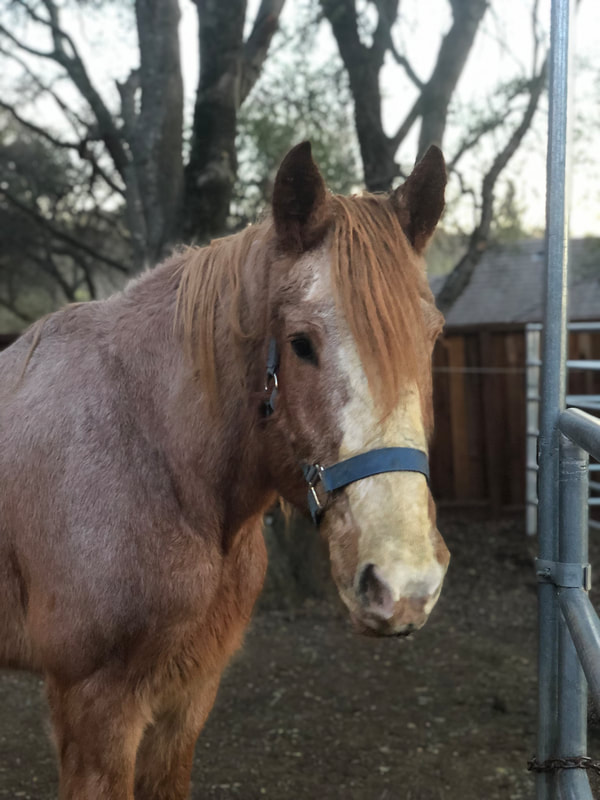 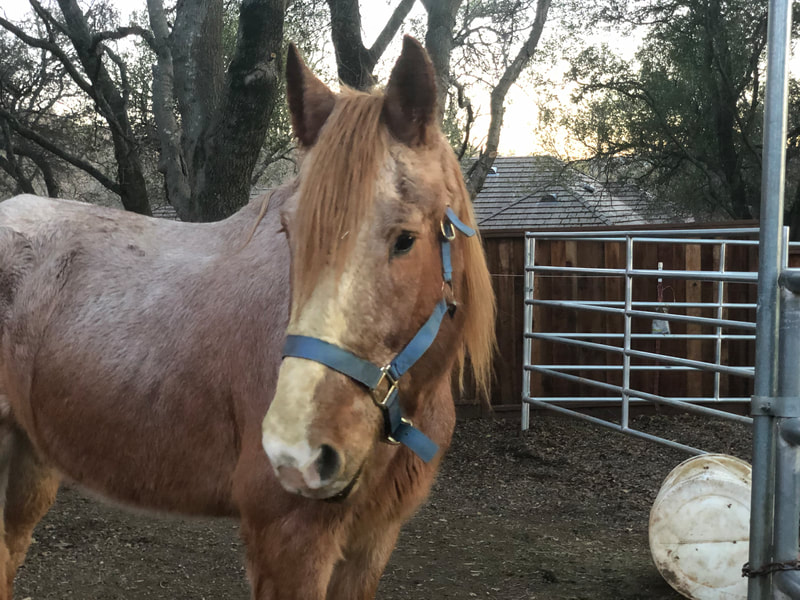 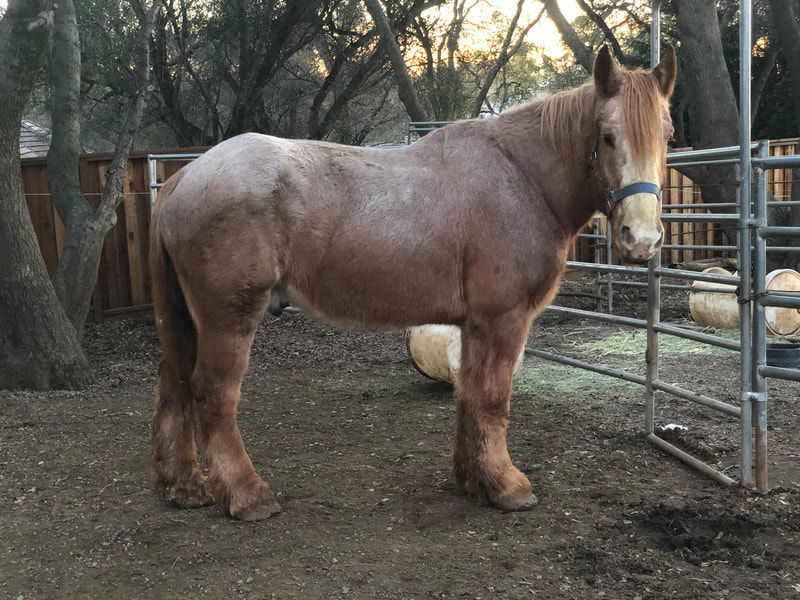 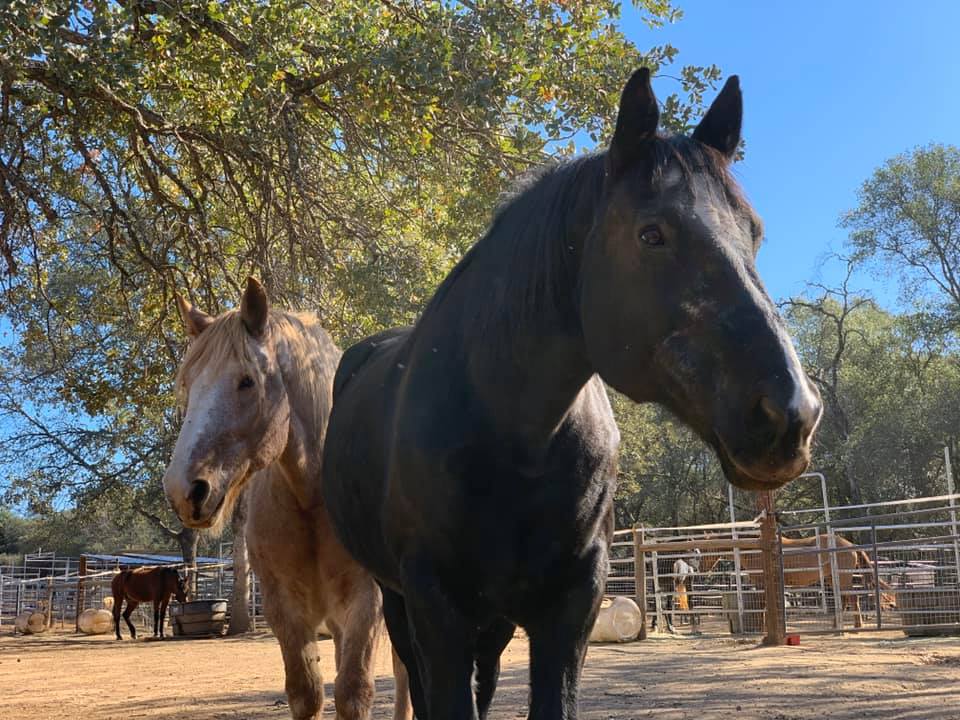 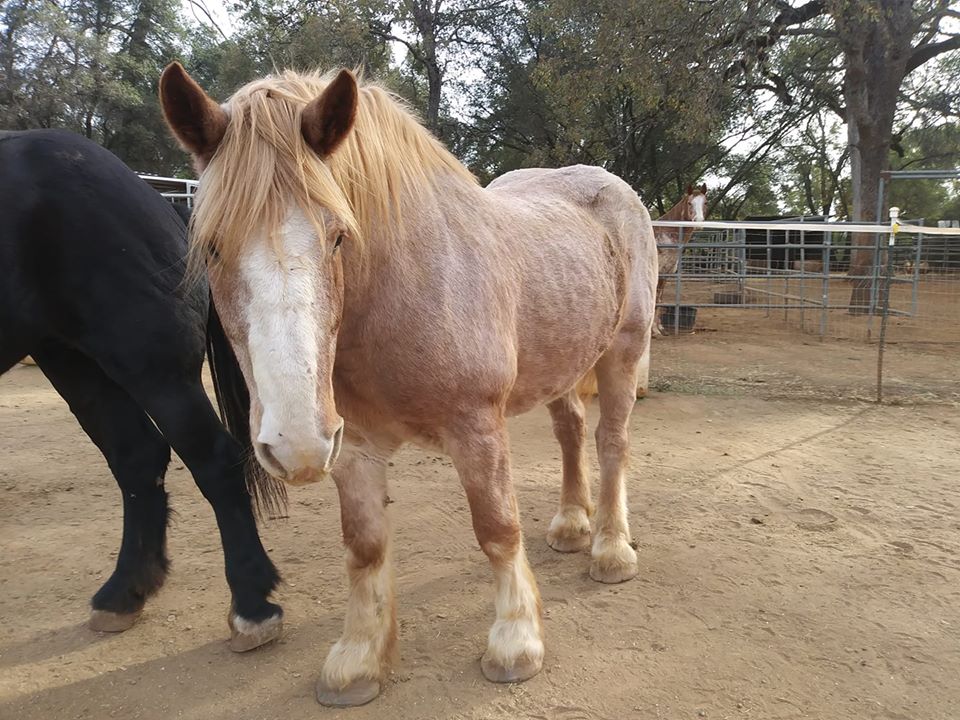